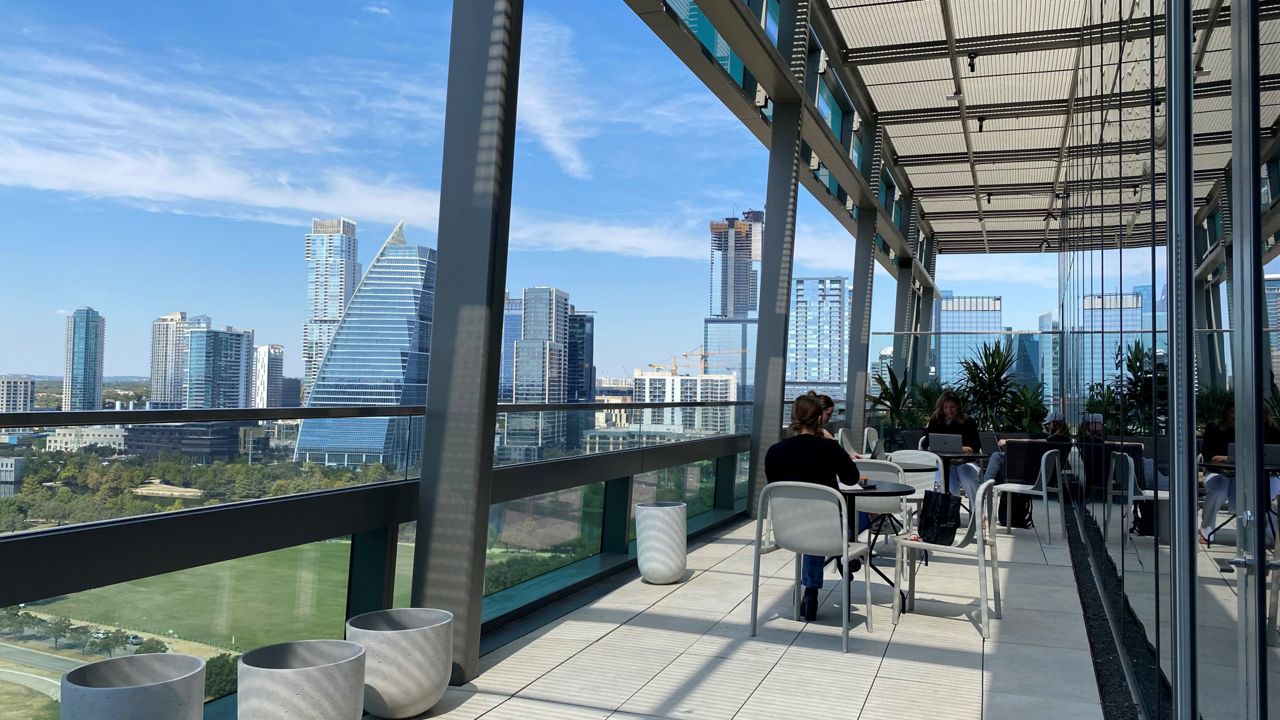 AUSTIN, Texas — It’s no secret that the tech industry in Texas is continuing to grow. Take, for instance, the Austin skyline. Year after year it continues to change, and part of that is because of tech companies moving to the Lone Star state.

AlertMedia, a threat intelligence and emergency communication provider, is one of the latest tech companies to move its headquarters toward downtown Austin.

“We were very fortunate during COVID, a lot of people needed our solution,” said Angie Julius, AlertMedia’s senior director of Diversity and Culture. “We grew rapidly. We had a lot of customers come on, and therefore we needed to support that from a marketing and sales standpoint.”

The company moved its new headquarters to a 68,000-square-foot space, on the top two floors of RiverSouth. It’s more than double the size of its previous offices.

Other tech companies  — such as Meta, Google and TikTok  — are also dominating the downtown skyline, with Meta set to have a new home in Austin’s tallest tower by 2023.

“I think it makes a lot of sense. I think people have been itching to get back together over the last couple of years. I think it’s been refreshing for these companies to open up spaces that support the hybrid model,” said Julius.

Part of the new skyline is due to job growth across the state.

According to CompTIA, Texas led the nation in tech job growth in 2021. It’s projected to do the same in 2022.

AlertMedia says it’s one of the reasons for expanding.

In 2022 AlertMedia hired more than 200 employees, an 80% expansion of their workforce year over year.