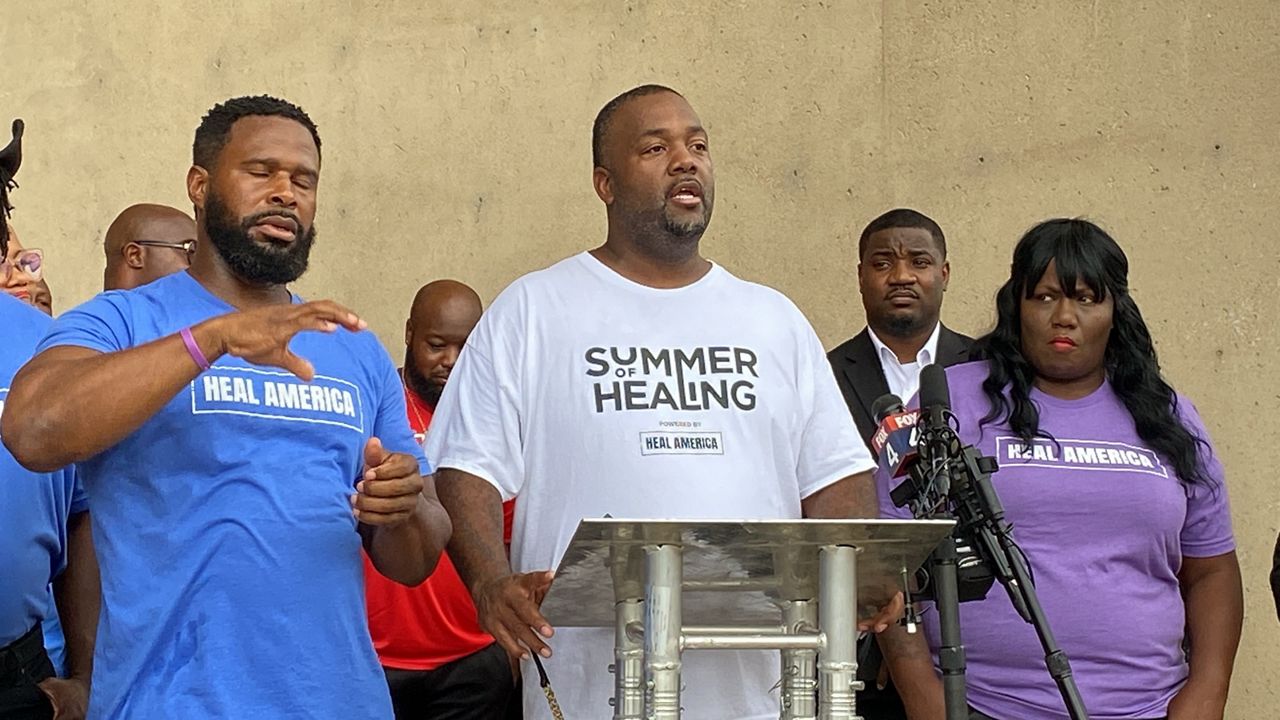 LANCASTER, Texas — Nearly a week after youth football coach Mike Hickmon was shot and killed during a football game, the Lancaster community is still grappling with the loss of a father, friend and man of faith.

Pastor Keith Hall, of Grace Temple Fellowship Church in Lancaster, has known the Hickmon family for many years. He says Hickmon was very active with the men’s church group.

“He was a nice person. He was a genuine person. He had that type of personality that people gravitated toward him,” Hall said.

When Pastor Hall heard that Hickmon was shot on Aug. 13, he immediately called him. 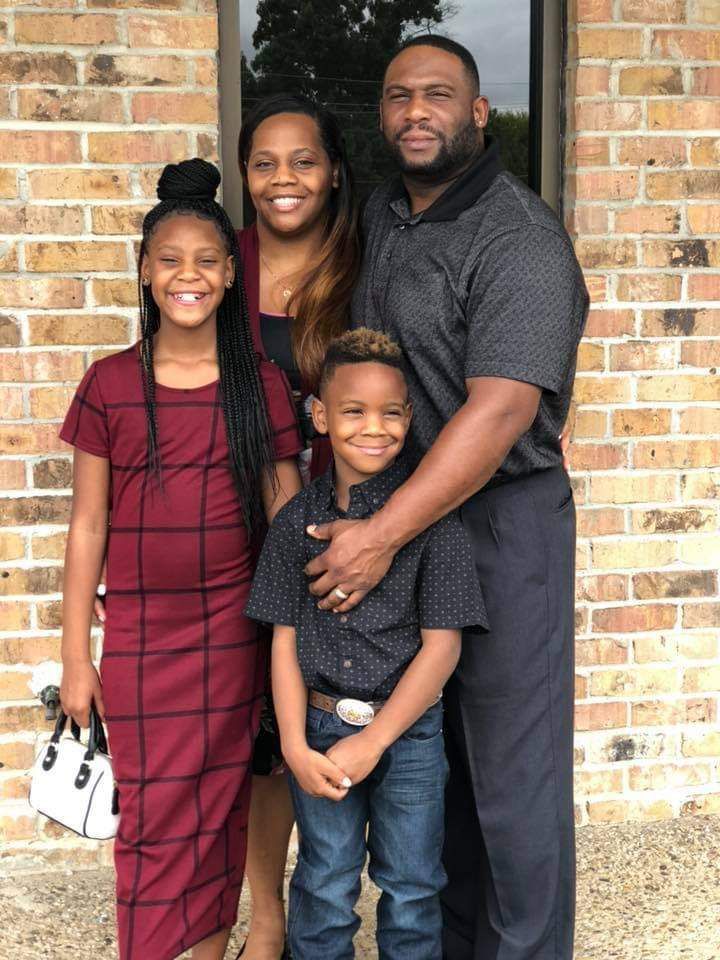 The Hickmon family pose for a picture outside Grace Temple Fellowship Church on a Sunday morning. (Courtesy Pasto Keith Hall)

“I tried to reach out to him just thinking he was going to be able to answer the phone,” he said.

Yaqub Talib, brother of retired NFL player Aqib Talib, turned himself in to Lancaster authorities on Aug. 15. Police identified Yaqub Talib as the suspected shooter at the youth football game.

On Thursday, a group of community outreach organizations, including Urban Specialists, a nonprofit organization that looks to address violence in urban communities, held a press conference in response to the deadly shooting.

Varonika Wilson, a community leader at Urban Specialists, spoke about the need to end senseless gun violence. Wilson is a coach at Desoto Nitro Track Club. Hickmon’s children are involved with the track club, so Wilson saw him frequently.

“He would always be out there at the games. He never missed a practice,” Wilson said.

“We have to do everything possible to keep our kids and families safe,” Randolph said.

Randolph believes banning guns from youth football games, hiring police officers instead of security guards, and having metal detectors are some steps that can prevent something like this from happening again.

Other Desoto Nitro Track Club coaches were present at the Aug. 18 press conference.

Damion Scales, a Desoto Nitro coach, says he had just spent some time with Hickmon in North Carolina. They both went to the 2022 AAU Junior Olympics in July. Hickmon was there to support his son’s track competition.

“He had a great character, you know, cool guy. Pretty much an all around person you would like to have as a friend,” Scales said.