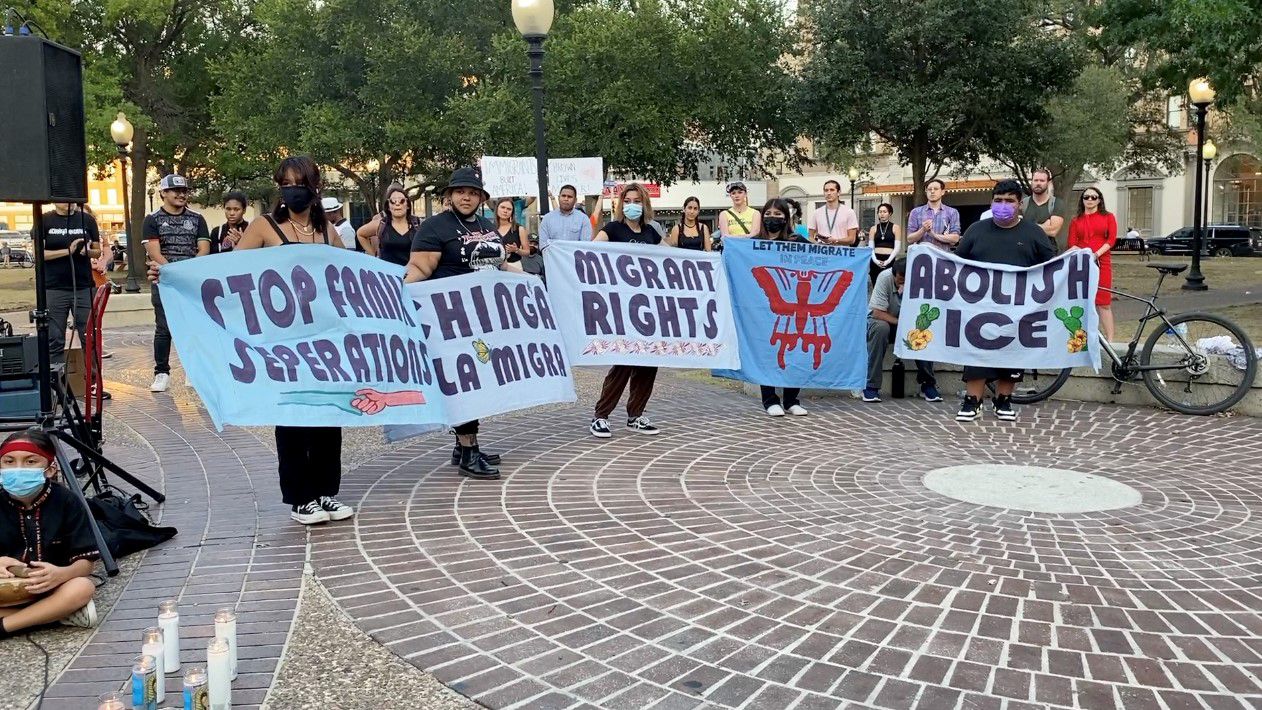 'That could have easily been me:' San Antonians push for immigration reform at Migrants Matter Rally

SAN ANTONIO — Following the migrant deaths in San Antonio, the community wanted to show their support for those seeking refuge in America.

“San Antonio cares about the future of immigration in the United States,” said Kimiya Factory, founder of Black Freedom Factory.

“It’s only one continent, America. North America you are our friend forever,” Jose said.

He is a medic who migrated to Texas from Venezuela. Jose and the men behind him made it safely into America.

“Together with us my friend,” Jose said. “They are here because they want to support and live in unity with the community here.”

But these candles represent the 50+ migrants who died from the heat riding in that semi-truck, on their way to a better life.

“I witnessed this man stich up a gentleman last night who had a very bad injury from walking miles and miles and days and days through the jungle,” said Monica Sosa.

As the director of the Corazon migrant shelter at Travis Park Church, she understands the desire for asylum seekers to travel into the U.S. safely.

“They want to work with us,” Sosa said. “They’re here to help us and to be a part of our community. Because they are our brothers and sisters.”