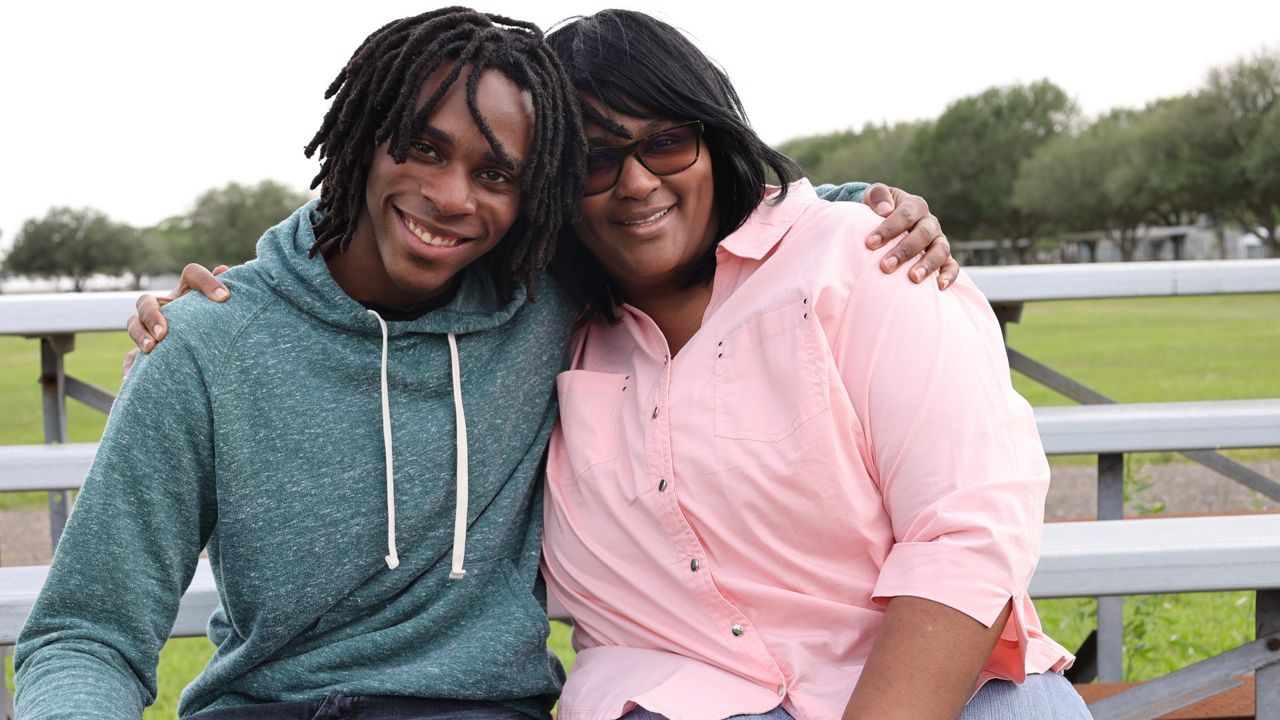 HOUSTON — For the first time since December of last year, 18-year-old Treyvion Gray is one step closer to graduating from Needville High School in Fort Bend County.

Gray says he’s been working hard all year, and walking across the stage during the Class of 2022 commencement ceremony would be a huge accomplishment — an achievement Gray and his mother, Brahna Williams, didn’t think would happen after school officials asked Gray to cut his dreadlocks or suffer the consequences.

“I was shocked. I thought, why should I cut my hair? There were literally people walking past us whose hair was literally longer than mine,” said Gray.

“To see him being treated punitively for his hair in which he’s embracing his culture, his race and his ethnicity, and embracing who he is and who he chooses to be, it was hurtful for me,” said Williams.

“You shouldn’t have a kid fighting for something that my parents fought for, that Dr. King fought for in regards to civil rights. A kid in 2022 shouldn’t have to fight that fight, but here we are,” said Williams.

Following the most recent court hearing in the United Sates District Court Southern District of Texas Houston Division, a judge granted a temporary restraining order, which allows Gray to return to school and attend regular classes and extracurricular activities such as prom and the graduation ceremony.

“I’m excited. It’s going to feel real good. I’ve been wanting to graduate for a long time. I’ve been ready to graduate out of that school,” said Gray.

Spectrum News 1 reached out to Needville ISD and has not yet received a response.