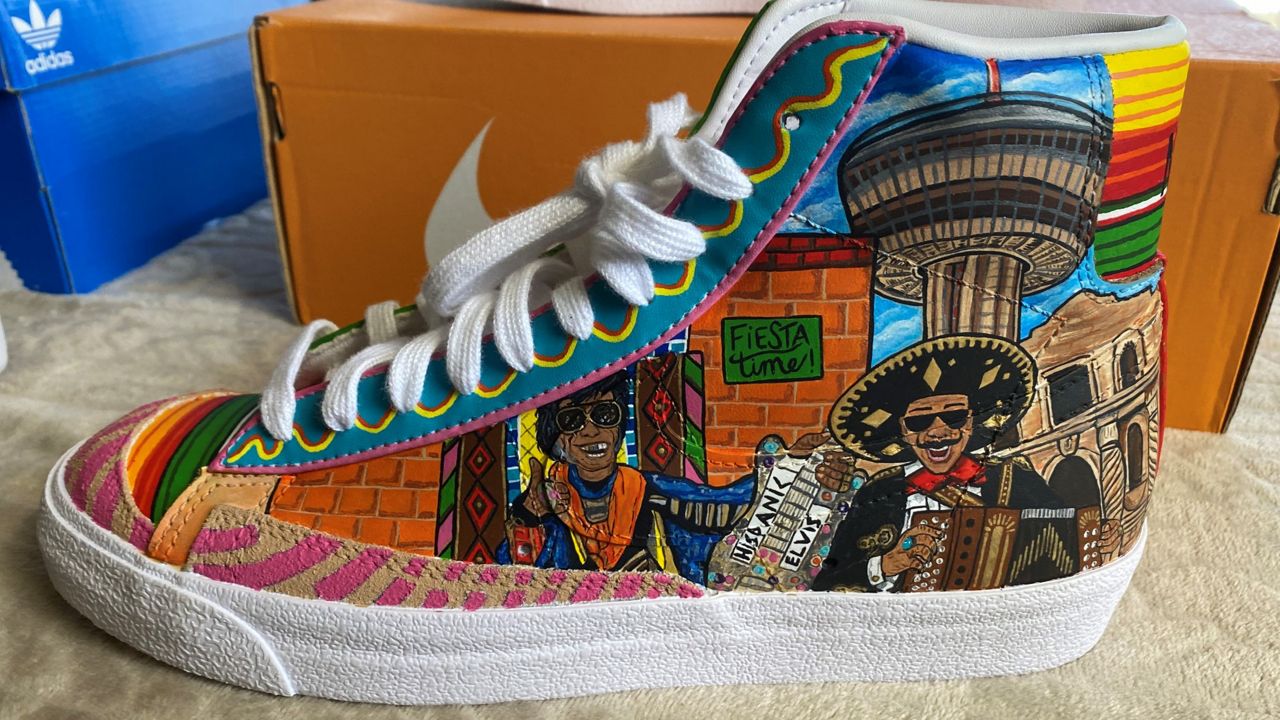 SAN ANTONIO — The number of children diagnosed with autism is on the rise. With April being National Autism Awareness Month, a father is doing what he can to bring more awareness to the cause.

“The women’s pair is based off of Fiesta events, so I had to make them loud. Got the conches here…sweet bread, and the Mexican serape,” said Dimas Anthony Martinez.

The San Antonio artist described a pair of sneakers he created for a charity auction.

He’s made a name for himself around San Antonio for his one-of-a-kind shoes he calls wearable art. Martinez said it takes about 25 hours to create these unique sneakers. 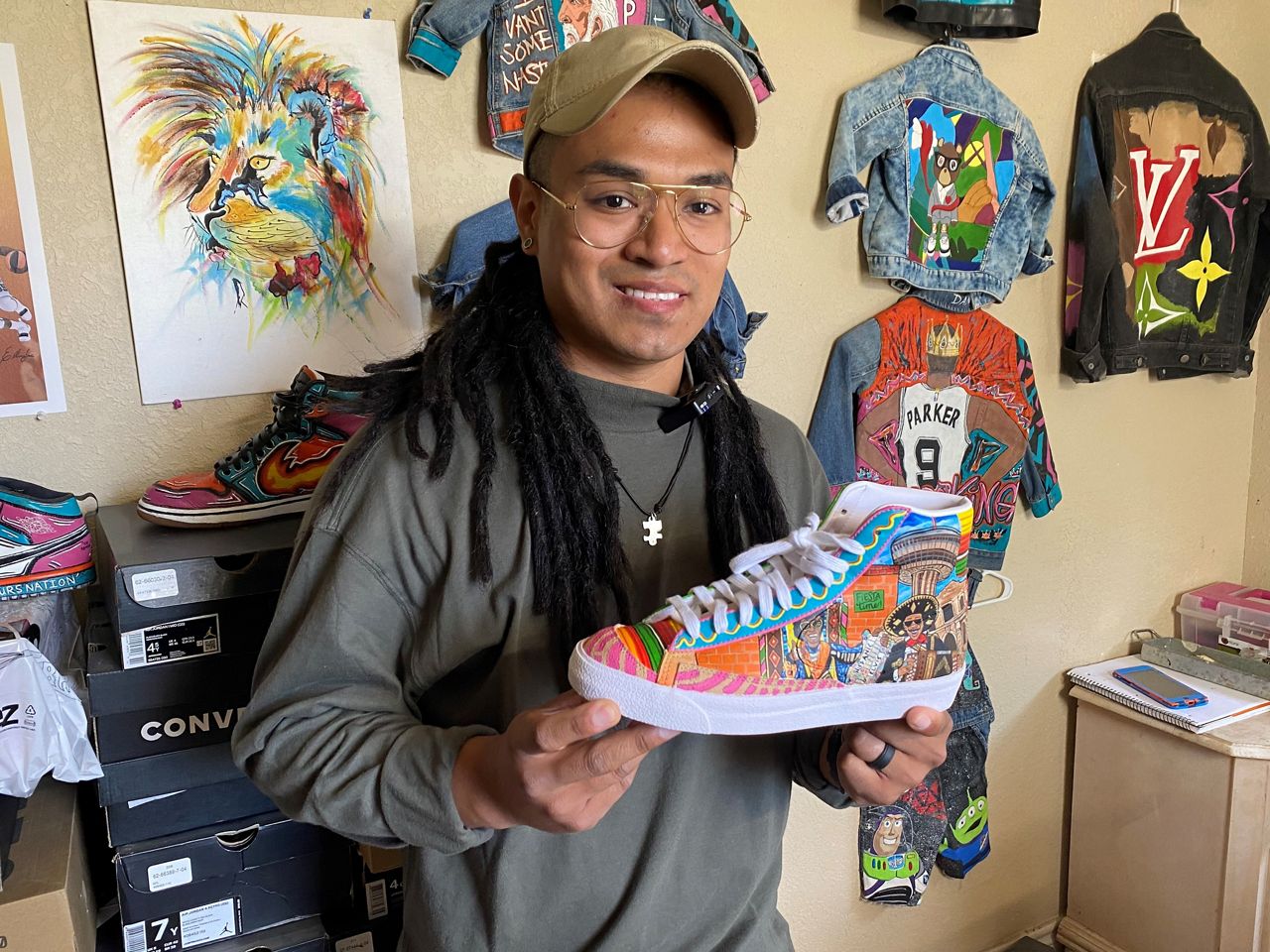 Dimas Anthony Martinez poses with a pair of sneakers that he created. (Spectrum News 1/Lauren Kendrick)

Both pairs of shoes were auctioned off to raise money for the Autism Awareness Center. For Martinez, there’s a special reason why he’s involved.

“I have my son, my 5-year-old, Zayn Anthony, and he’s on the spectrum. From what I can tell you, from all the help we’ve had, speech therapists, it’s really helped him out,” said Martinez.

Zayn was diagnosed with autism at age 3.

Hamilton said she sees young children like Zayn every day. She added that the number of kids being diagnosed continues to grow. The reason for it is still unknown.

“As the number has continued to increase, I’m not sure that diagnostics alone can explain that. We really don’t know why autism is on the rise,” said Hamilton.

“We serve about 20 students a year and 19 adults in our day program and our adult group homes. In our therapy services, we serve about 200 to 250 children each year,” said Hamilton.

Martinez said his son has been showing improvements since getting treatment.

“We’ve seen a drastic change and it’s been amazing. These people really full heatedly love the kids and are amazing at what they do,” he said.

He’s happy to be a part of such an important cause to his family.

“It’s a way for me to just keep the awareness going as well,” said Martinez.