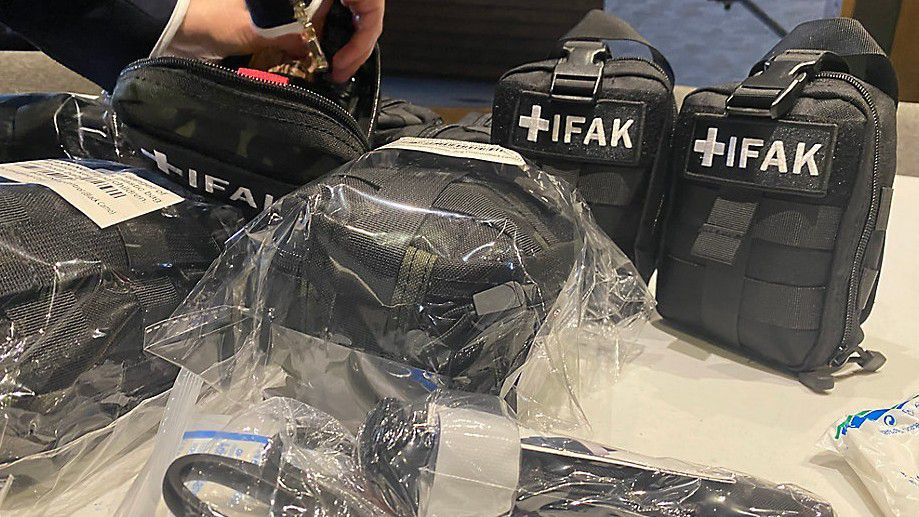 DALLAS — President Joe Biden announced that the U.S. will take in 100,000 Ukrainian refugees within the coming weeks. Some Ukrainian families will resettle in Texas to start a new chapter in life.

Volunteers from the River of Life Dallas Church have already begun preparing for families. Pastor Leonid Regheta said last Sunday their congregation welcomed two Ukrainian families who already fled their home using a tourist visa. Now Regheta and other volunteers from the church are taking time off from their normal jobs to ensure that resources and aid are available.

“My main focus, I guess, now is to just work,” said Regheta. “They’re already coming and there will be a huge wave of many more coming.”

The collection efforts are quickly ramping up at the church. Volunteers are working to build a database of resources in the Ukrainian language. Pastor Regheta said the greatest need is financial support and volunteers to help sort the toiletries and other donations that pour in.

People like Russian native, Elena Bennett, have taken time out of their day for two weeks to serve a greater need, rather than their nationality. Bennett said what President Vladimir Putin is doing is wrong, and more good deeds are needed to outweigh the harm he’s inflicting.

“Women with children, older people, their lives changed forever, and I will help any way I can,” said Bennett. “If I can help to save one life, it’s worth it.”

Pastor Regheta said it takes hard effort from a multitude of people like Bennett in order to respond to an outcry for help from millions of Ukrainians forced to find a new home.

“We need to keep going because there are millions of more refugees that are leaving as this strategy of the Russian army shifts from sending soldiers into Ukraine to simply using shelling, artillery fire, and just the most lethal weapons that exist on planet earth today,” said Regheta.

Along with collecting supplies and monetary donations, the church is also partnering with Hope International Ministries to help resettle refugee children.