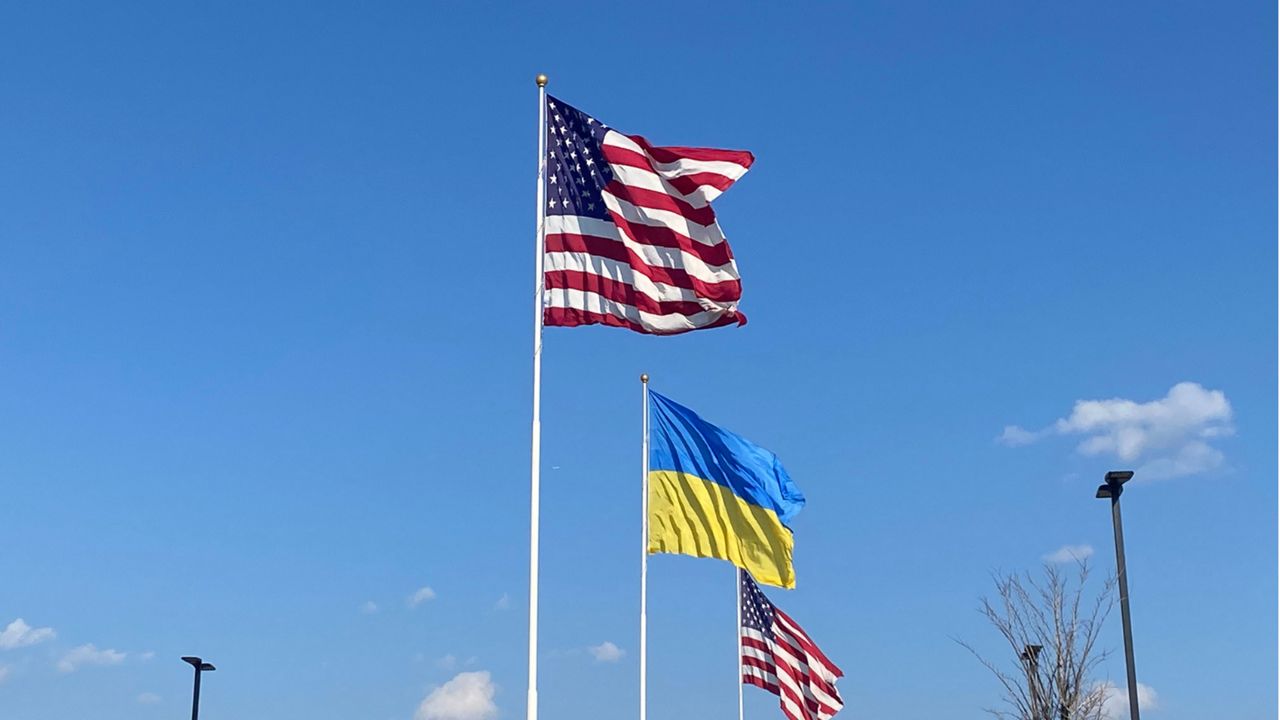 DALLAS, Texas — Symonds Flags and Poles​ in Irving, Texas is showing a big sign of support for Ukraine since the Russian invasion in February. Red, white and blue threads normally used to make the Texas and American flag have been temporarily shelved, in order to sew a surge in demand for Ukrainian flags.

"My grandfather would be proud and probably turning over in his grave right now clapping," said Stephen Symonds, the grandson of the original store owner.

Symonds said a new sense of patriotism can be felt as people work day and night to thread bright yellow and blue threads together in order to make a flag representing the country of Ukraine. For Symonds and many others the Ukraine flag has become a worldwide symbol standing in sovereignty for democracy.

"There's quite the demand for the Ukraine flags," said Symonds. 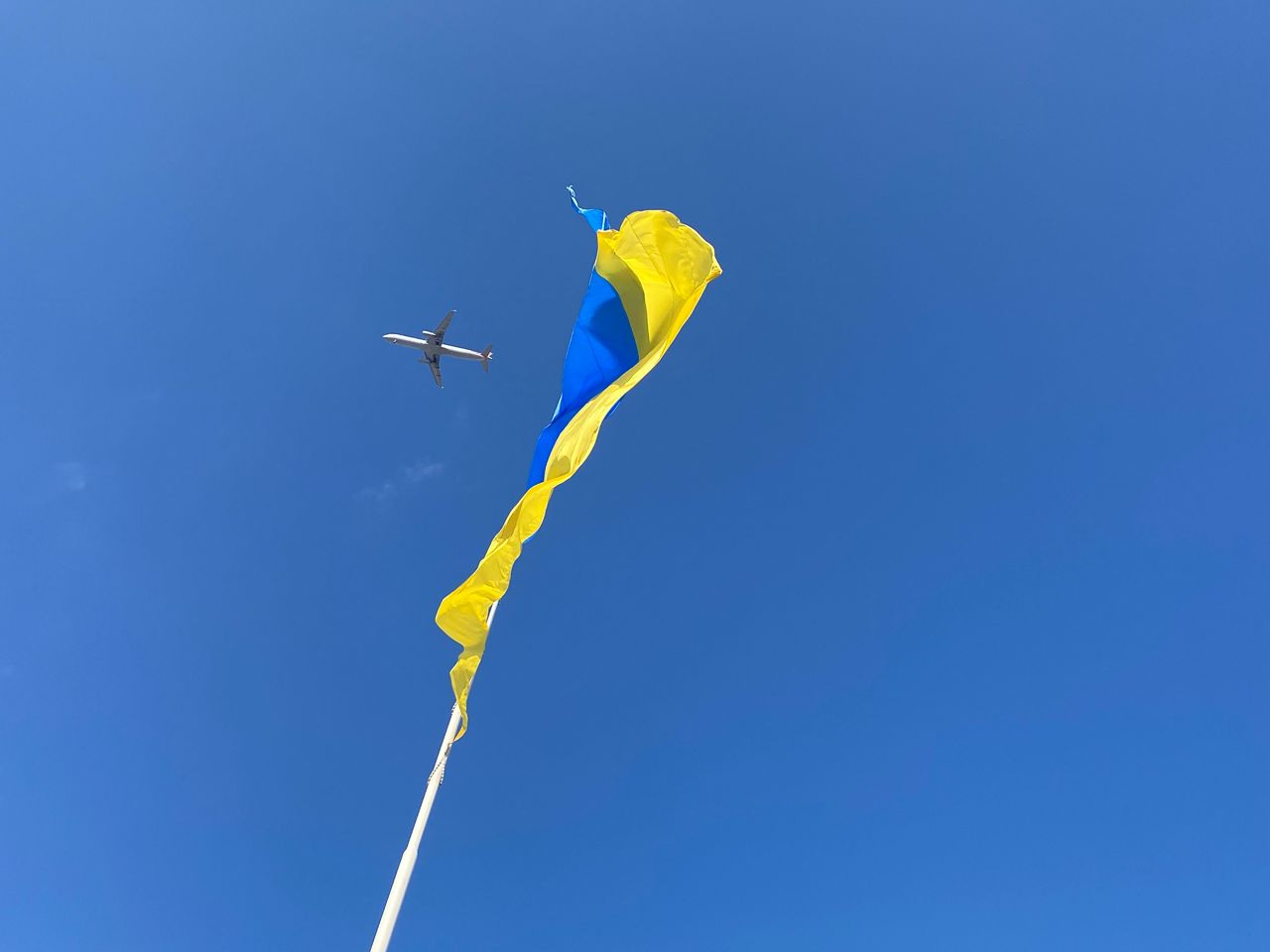 A 40 by 60 foot flag of Ukraine waves in the air along highway 183, just south of DFW Airport. (Spectrum News 1/Chris Grisby)

Just up the road from Symond's flag store along highway 183, five 40 by 60 foot flags wave seamlessly in the air over two of Clay Cooley's auto dealerships.

"We already had the flag poles up, the least we could do was fly the flag to show we stand with them," said Chase Cooley, Clay Cooley's son.

The flags are the largest Ukrainian flags flying in Texas, and gives passengers flying into DFW airport from the south a great view of the American and Ukraine flag flying united side by side.

"We're going to keep flying them until there's a resolution and hopefully Russia is out of there," said Chase. "You know Russia is the opposite of freedom. They're trying to maintain theirs in Ukraine, so it was important to us when this broke out to do the least we could."

The previous story identified Chase and Clay Cooley as brothers when, in fact, they are father and son. (Corrected March 27, 2022)