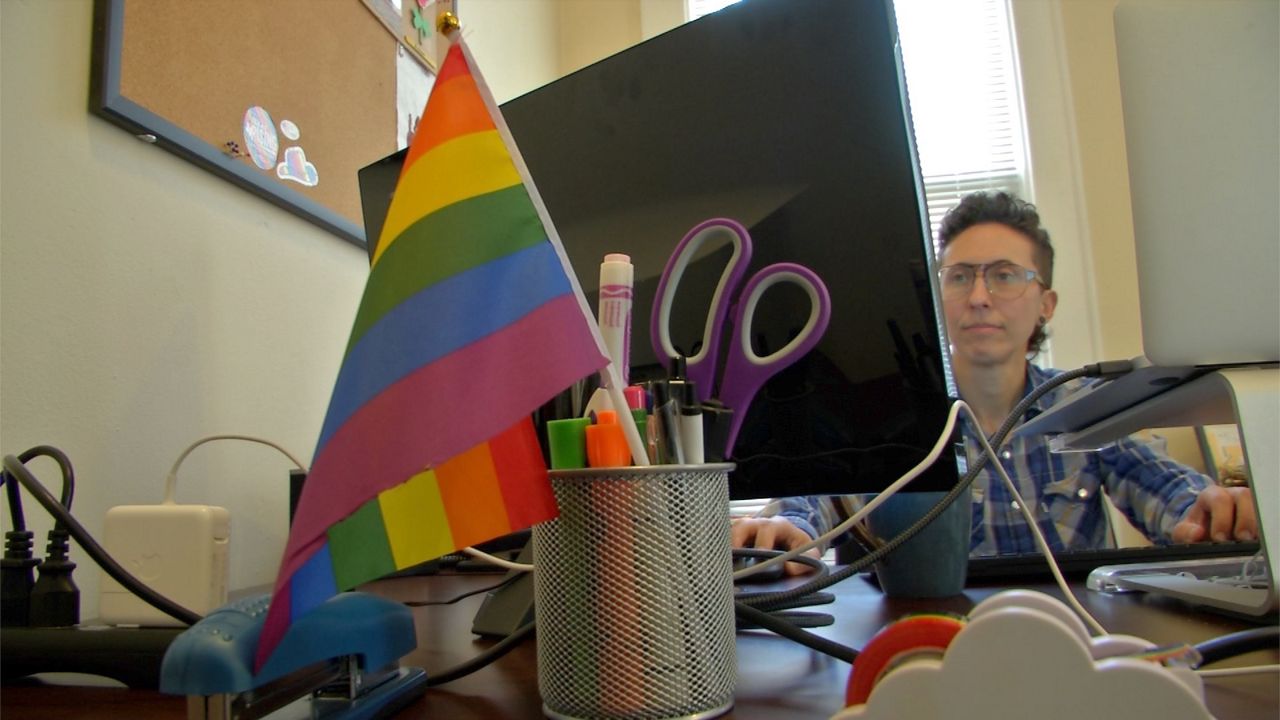 AUSTIN, Texas — Texas transgender families are one step closer to having their day in court after judges reinstated a temporary injunction halting the state’s investigations into gender-affirming care.


That injunction will remain in place while an appeal from the attorney general’s office is currently under review.

While the trans community is getting some relief for now, this isn’t a celebration. The fight is far from over, and the future of trans rights in Texas is still very unknown.

Since the Texas Department of Family and Protective Services started investigating gender-affirming care for trans youth as child abuse, the transgender community has been on edge. From the moment Kanoa Arteaga found out about the anti-trans directive, he’s been in a state of disbelief.

“It felt pretty jarring,” he said. “Our community is struggling right now. I don’t think there’s any two ways about that.”

Arteaga is a board member of allgo, a group focusing on queer people of color through cultural arts, wellness and social justice in Austin. As a community leader and a trans man, he’s had to be there for his community while going through emotions himself. Arteaga says he’s had to step away from the news to protect his mental health.

“You know, there really is not a place in Texas where trans Texans can thrive,” he said.

He says support is everything for trans youth. The moments where Arteaga felt supported as a kid are what he says defined him.

Marti Bier is a non-binary adult, a parent and the Texas Freedom Network director of programs. They say the past month has been overwhelming for LGBTQ nonprofits like TFN.

“This is like another piece of the ongoing collective trauma that we’ve felt as a community,” Bier said.

Bier is preparing for the Transgender Day of Visibility rally, an annual event which holds a different meaning this year.

“We’re organizing around the state opportunities for people to celebrate, celebrate who they are and be visible, “ Bier said. “But, you know, that comes in a time of feeling really nervous about it.”

For Bier, the temporary injunction did not offer much relief. Families are still in fear and the community as a whole is just waiting for what’s coming next.

“It’s really traumatizing,” they said. “It’s so sad and scary to be living in a state where elected officials of the highest power feel that it’s OK to make other people feel unsafe.”

Gov. Greg Abbott and Attorney General Ken Paxton claim their actions are to protect children from “dangerous drugs and surgeries,” despite medical experts and evidence demonstrating that gender-affirming care is safe and necessary treatment for children transitioning. Research also shows this care dramatically reduces the disproportionate risk of suicide in trans youth.

“The governor and the attorney general are literally bullying families and bullying young kids,” Bier said.

What has provided some comfort in all of this is the overwhelming support from people, businesses and organizations in Texas and across the country. However, even if the courts rule in favor of the trans community, they know the attacks won’t stop there, and neither will the fight for justice.

“Trans people have always been resilient, have always overcome and we will continue to be here no matter what happens at the state level,” Arteaga said.

Republicans tried to pass a bill in the last legislative session and failed.

Transgender Day of Visibility is March 31. TFN and other nonprofits will hold a rally in Austin on April 2.