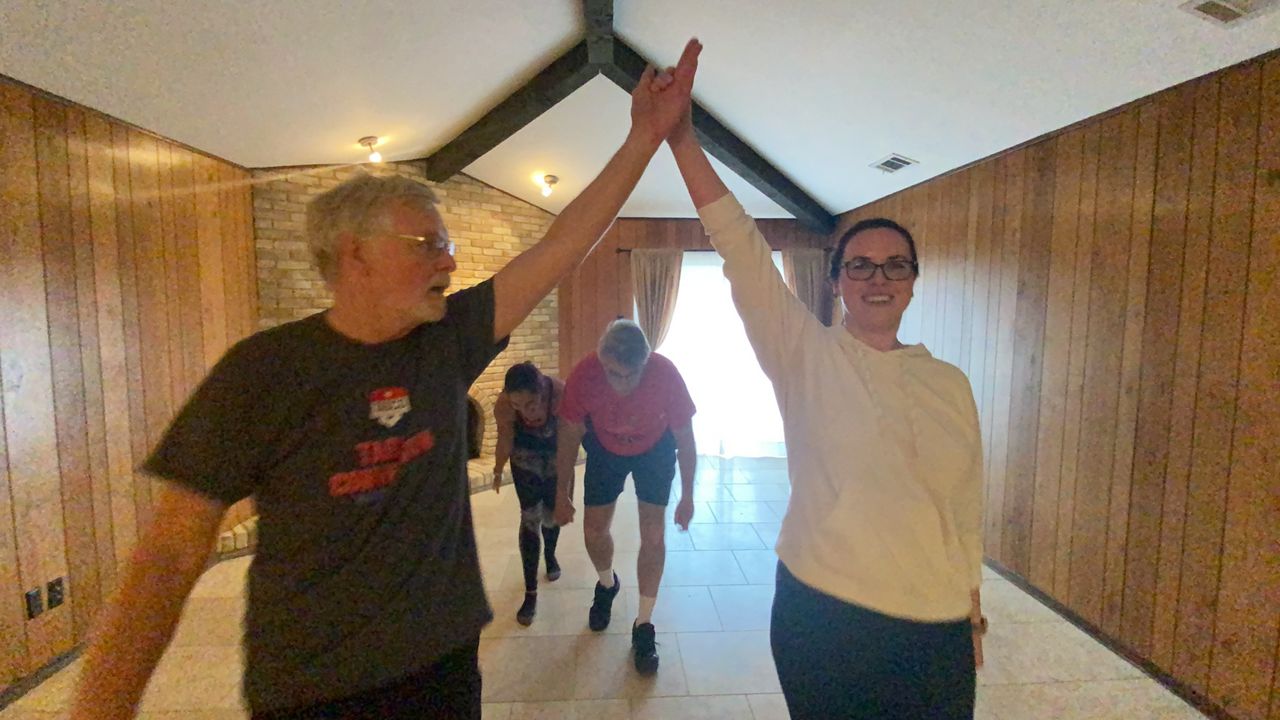 DALLAS — Ukrainian Americans living in North Texas have been keeping a close eye on the news reports from their home country. As tensions continue to rise between Ukraine and Russia, a push for diplomatic peace is fading away as Russian troops move closer into rebel-held regions of Ukraine.

The President of the Ukrainian Culture Club of Dallas, Nataliya Shtanyuk, said friends and family in her home country are concerned, but not allowing Russia’s aggression to bring their spirits down.

“If you look at the attitudes of Ukrainians, nobody is running away, nobody is panicking,” said Shtanyuk. “People just continue life, but they have contingency plans. They understand that if, that’s a very big if, something should happen. They know how to behave and they know how to counter.”

The Ukrainian Americans, along with the United States and other ally countries, have been watching what the White House calls a Russian invasion into eastern Ukraine. President Joe Biden Tuesday announced financial sanctions against Russia and threatened more sanctions could come at any moment. As news unfolds by the day, Shtanyuk’s primary concern has been to ensure her people remain calm, but vigilant.


“I would say there’s no reason to panic at this point in time. We just need to stay focused and bring our community together,” said Shtanyuk. “Russian aggression is nothing new to Ukrainians.”

One resource that helps keep them calm and promotes Ukrainian culture is the Zorya Dance Ensemble. The rising star dance group has been an outlet to get minds off the news during another heated moment in history where hostility once again brews between Russia and Ukraine. One of the group members, Nadiya Fuller, is from Ukraine and said she continues to take her family to the weekly dance practices because it helps to instill a love for others, rather than hate.

“I love both Ukrainians and Russians. The most important is peace to keep inside,” said Fuller. “People who carry peace are winners at the end.”