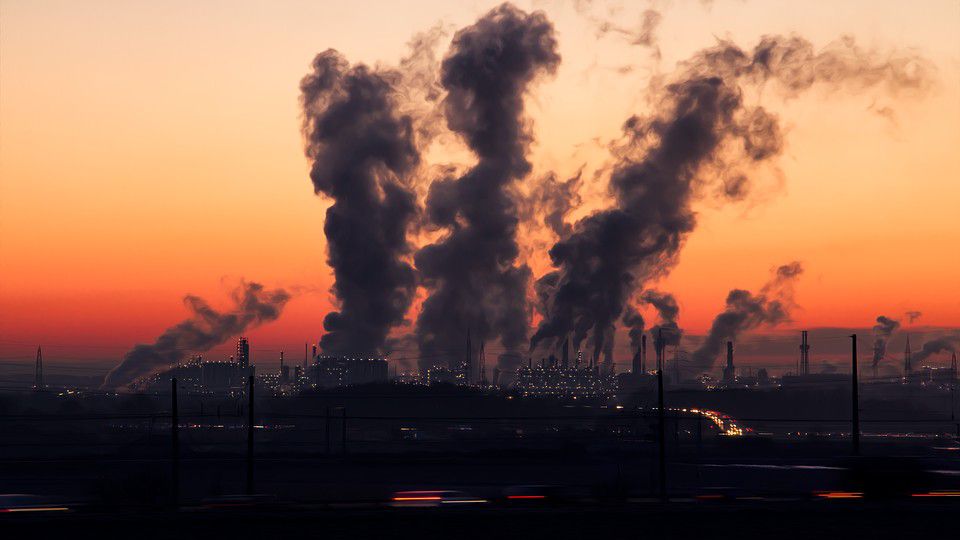 Smoke pours from an industrial site in this stock image. (Pixabay)

WASHINGTON — It was a shock when Keith Downey’s cousin died of cancer, considering she practiced healthful eating, never smoked and never drank. It turns out, many in her Houston neighborhood of Kashmere Gardens died of cancer, too.

“She passed away and we all question as a family, how could that be?” Downey told Capital Tonight. “She was somebody I really looked up to. She mentored me, and stressed education. So it was a shame what happened to her and we could never figure out why.”

Some suspected it was due to handling of hazardous waste at the nearby Union Pacific Railyard.

“It is disheartening. It is very disheartening for you to keep saying something and you get ... number one, you get no response. Or you treat people as though they are a checkbox,” Downey said. “ They feel like, you know, three or four years from now, they're going to have to tell that story all over again, if they're living. Many residents feel like, you know, the problem tries to outlive the resident.

Calls to action were heard when Michael Regan, administrator for the Environmental Protection Agency, toured Houston and other Gulf Coast cities last year as part of a federal mission to address environmental injustice. He heard from Houston residents who feared they lived in a cancer cluster.

“In every community I visited during the Journey to Justice tour, the message was clear — residents have suffered far too long and local, state, and federal agencies have to do better,” Regan said in a statement.

Following the Journey to Justice Tour, the EPA recently announced a series of new enforcement actions to reduce pollution affecting Black and Hispanic communities in Texas and other Gulf Coast states.

“It has been a gap in our regulatory enforcement environment for decades that the review of each individual permit is looked at as if it exists in a vacuum and not considered within the context of previous permits,”  said Jennifer Hadayia, executive director of Air Alliance Houston.

EPA officials said they will do more aggressive and unannounced inspections of industrial sites, as well as implement a new program to expand air monitoring. They are also seeking stricter regulation of the known carcinogen ethylene oxide, something Texans have raised concerns about.

“This is the result of that decades of advocacy, and giving voice to their personal and painful stories of the impact of air pollution in their communities,” Hadayia said.

Regan said the agency intends to submit recommendations for the the cleanup of contamination in the sites around the Fifth Ward and Kashmere Gardens.

Downey said the announcement has given the community hope.

“It gave people a ray of hope, because they were able to reach the top, not just local, not just state, but also the federal level,” he said. “You won't have to wait for five, three to five to seven years, for action to take place. We need action now. While we are alive.”

A push for environmental justice some Texans say is long overdue.