It’s not the first such request concerning the controversial initiative that has the Texas Department of Public Safety and members of the Texas National Guard patrolling cities near the Texas-Mexico border.

The request follows reports that some members of the National Guard aren’t being paid and aren’t clear about their mission or what their roles are.

The letter claims the operation violates the U.S. Constitution and is overburdening local justice systems.

“Operation Lone Star uses state criminal law to target Black and Latino migrants,” the letter reads. “Texas has arrested more than 2,681 people on these misdemeanor trespass charges, and has created a separate criminal prosecution and detention system that makes a mockery of due process rights foundational to our nation’s judicial process.”

The letter mentions reports that tie the suicides of four National Guardsmen to Operation Lone Star. Abbott has dismissed those claims, however, referring to them as “politics.”

As many as 10,000 members of the Texas National Guard have deployed to border cities.

Launched in March 2021, Operation Lone Star directed Texas DPS and Texas National Guard to the Texas-Mexico border with the goal, according to the governor’s office, of combating “the smuggling of people and drugs into Texas.”

At the time of launch, Abbott said the Biden administration’s failure to address the surge of migrant border crossings prompted the program. 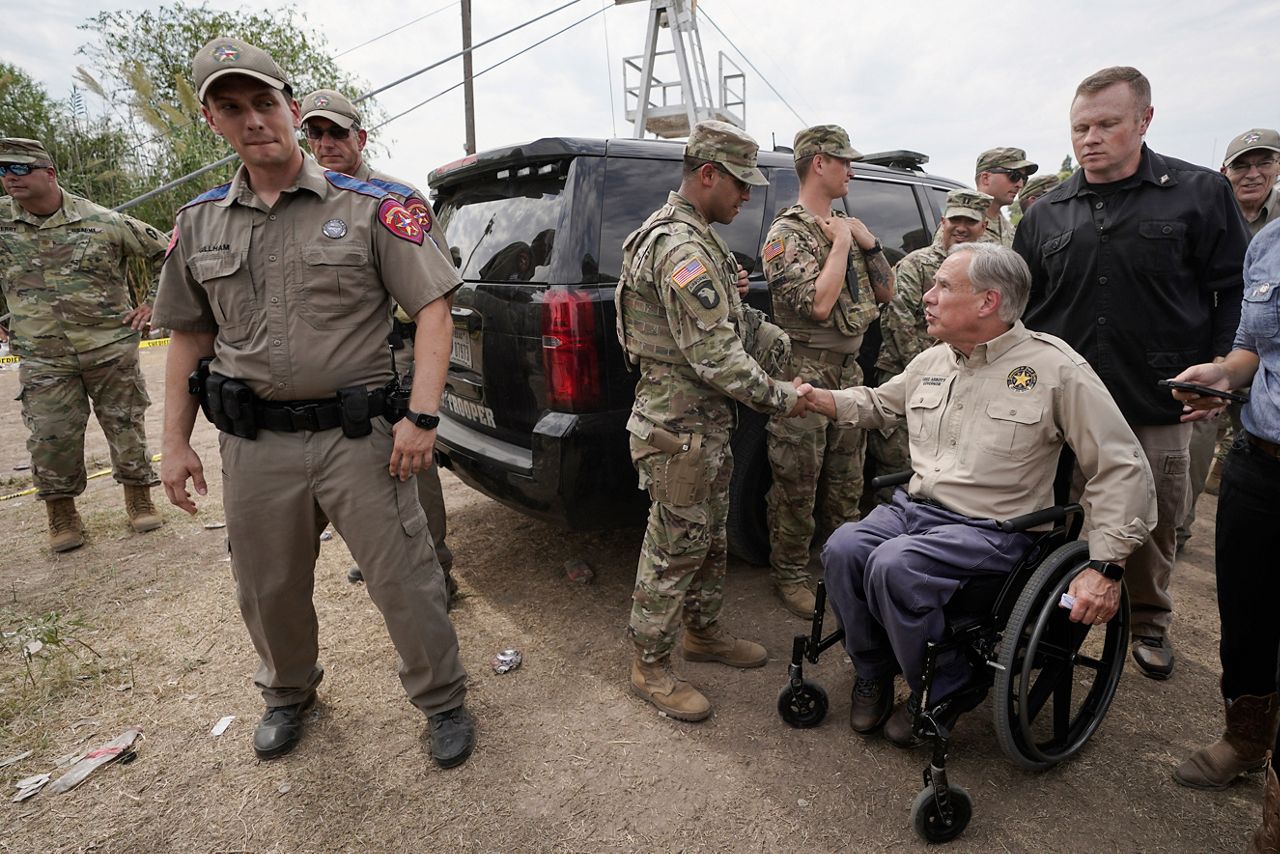 In December 2021, civil rights groups, including the ACLU of Texas, Texas Civil Rights Project and Texas Fair Defense Project, filed a complaint with the DOJ over the program.

In October 2021, a group of Democratic lawmakers, in a similar move, called on the DOJ and the Department of Homeland Security to investigate what they called Abbott’s attempt to “establish a separate state immigration policy.”