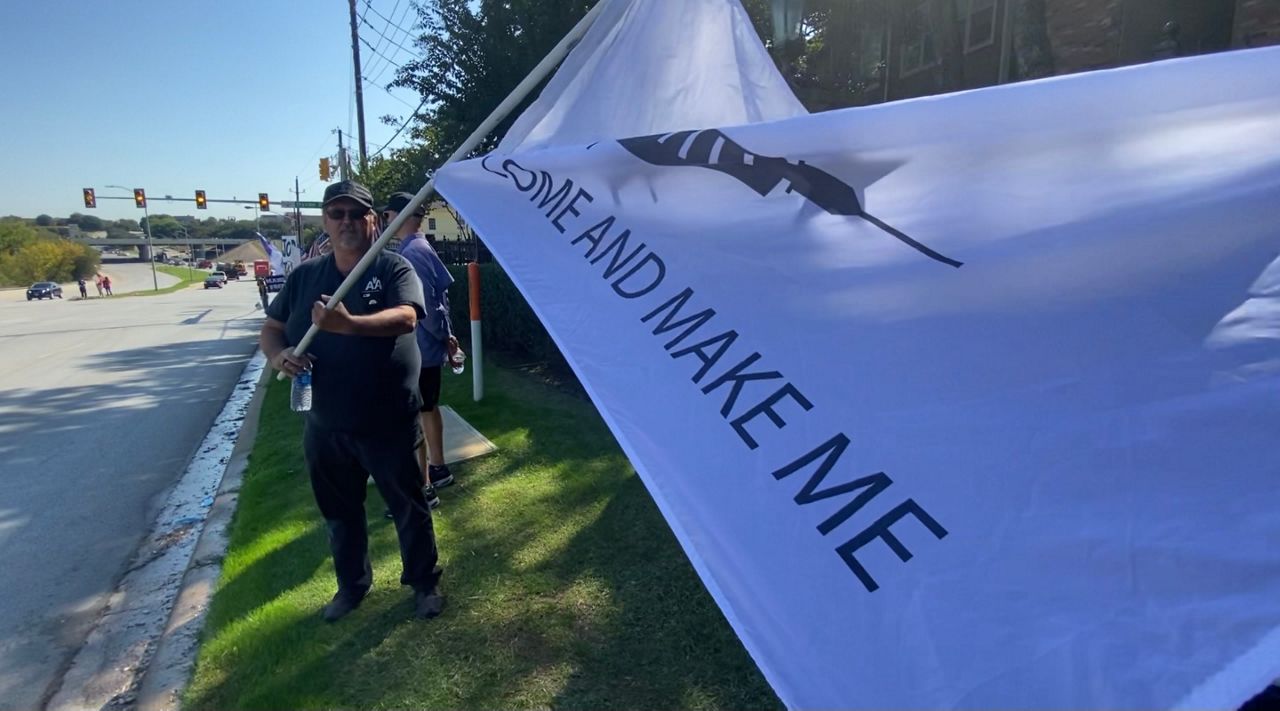 DALLAS — The federal government has given employers who have more than 100 employees a deadline of Dec. 8 for their staff to be vaccinated or follow strict testing guidelines. Across the country, some workers have pushed back against the federal health mandate employers are beginning to enforce.

From pro athletes to airline pilots, people from all backgrounds have voiced their concern since the mandate was issued by President Joe Biden in early September. Under the enforcement of the Occupational Safety and Health Administration, or OSHA, the mandate affects more than 80 million Americans who will be forced to abide by the new rules set in place to curtail COVID-19.

More than half a dozen demonstrations have erupted outside airline transportation companies in the Dallas- Fort Worth metroplex within the past month since Biden issued the orders. Airline crews and allies have lined up outside the headquarters of Southwest Airlines and American Airlines to protest the enforcement of the vaccine health mandate. According to employees, American Airlines issued a memo to staff saying they had to be vaccinated or submit a reason for exemption by Nov. 24.

American Airlines technician Charlie Bucket said he's been with the company for more than 30 years and refuses to abide by the new rules that will soon be put in place.

The airline mechanic said he has concerns over getting the COVID-19 vaccine, despite being vaccinated as a kid. He, along with hundreds of other employees within the company, may soon be handed a pink slip if he refuses to follow his employer's vaccine orders.

"I'm very upset over what's going on right now," said Bucket. "Nobody is opposed to the vaccine itself. Whether you want to take the vaccine or not, it has to be a choice you're going to make with yourself, and your doctor and family." 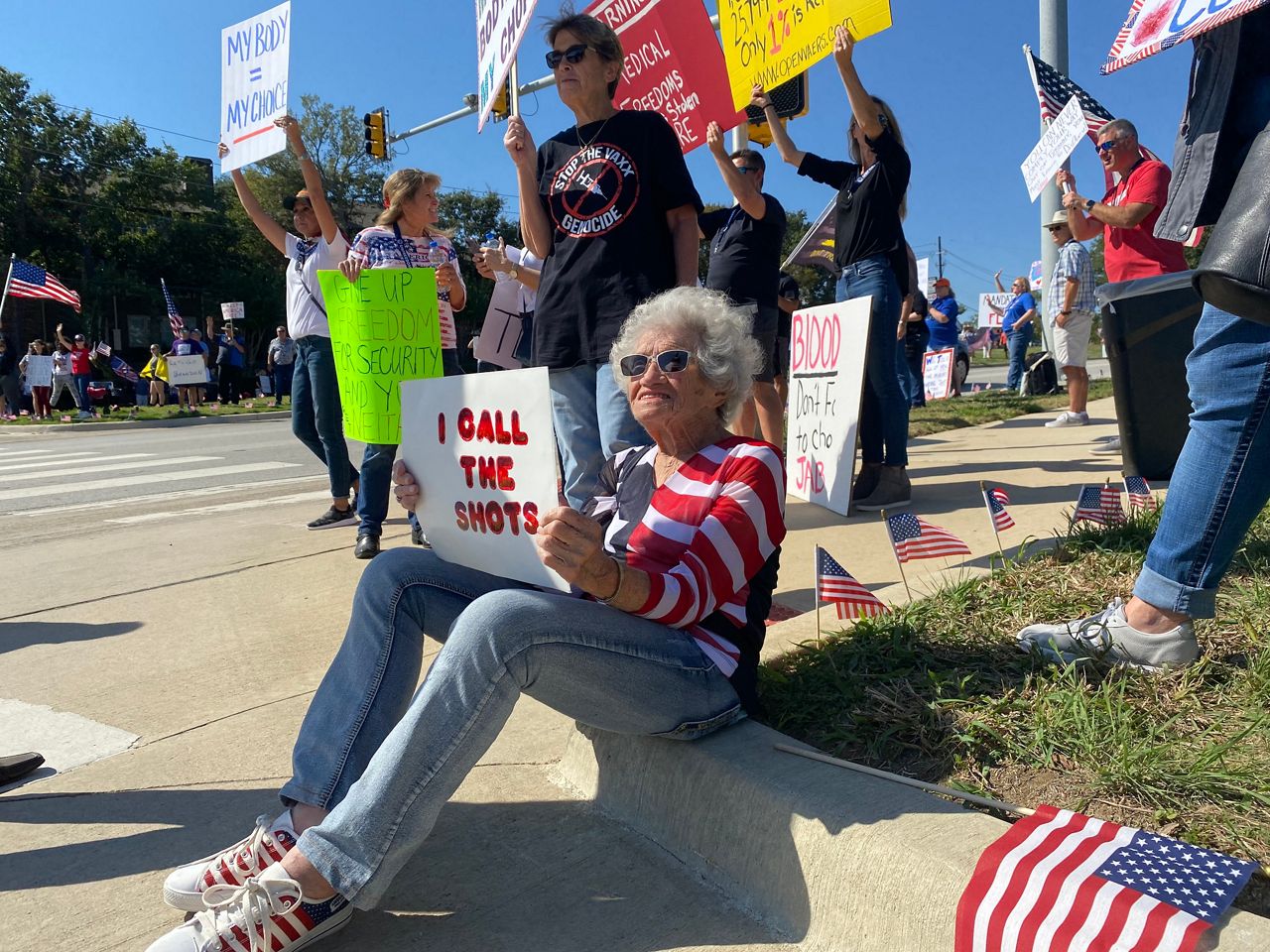 American Airlines employees and allies rally outside of company headquarters in Forth Worth.

Many who picketed outside of the American Airlines headquarters echoed the same concern as Bucket. For the 150-200 people who protested, their message was loud and clear: fear is brewing in regards to the federal government overreaching its authority.

"I have 16 years until I retire, but if they mandate it, I'm not going to be flying for 16 more years, unfortunately," said Jessica Sarkisian, a pilot and co-founder of U.S. Freedom Flyers.

Sarkisian co-founded the organization after feeling isolated and hearing similar stories to hers. In response to the enforcement of the federal vaccine mandate, concerned pilots and crew members from various U.S. airlines and transportation companies have banded together to fight for the right to work without being forced to get the jab.

"We don't want to be forced to do something against our will, but if it means sacrificing our jobs, if that's what we have to do, then I'm willing to do that," said Bucket. "I don't want to do it. I love what I do. I want to see my company grow. I want to make sure that my friends and family are protected, but somebody has to take a stand."

Spectrum News 1 reached out to American Airlines for comment about the COVID-19 vaccine concerns some of their employees have, but never heard back. For those who protest, many questions are swirling for a future career path that is unknown. The only thing the men and women can do is unite and voice their concern in hopes of keeping their livelihood.

"They need the ramp people, they need the gate agents, the pilots, flight attendants, all of us work together," said Sarkisian. "We move mail, we move packages, we move cargo, we've got the truckers, everybody is standing up and saying no. When they do, it's going to be a problem for the U.S.A.