People attend a rally held in opposition to the Heartbeat Act in McAllen, Texas, in this image from October 2021. (Spectrum News 1/Adolfo Muniz)

MCALLEN, Texas — For Nohemí Nájera this is not a time to be silent. That’s why she recently attended a rally for abortion rights organized by the group South Texans for Reproductive Justice. For Nájera, every item she gives away from her table is a chance to engage the community of her hometown of McAllen and express her feelings about the passage of Texas' restrictive Heartbeat Act.

There is a sense of urgency in Nájera's voice.

“It’s disappointing that people think they can make decisions for me and for my family when I should be able to make my own decisions when it comes to my body,” she said. 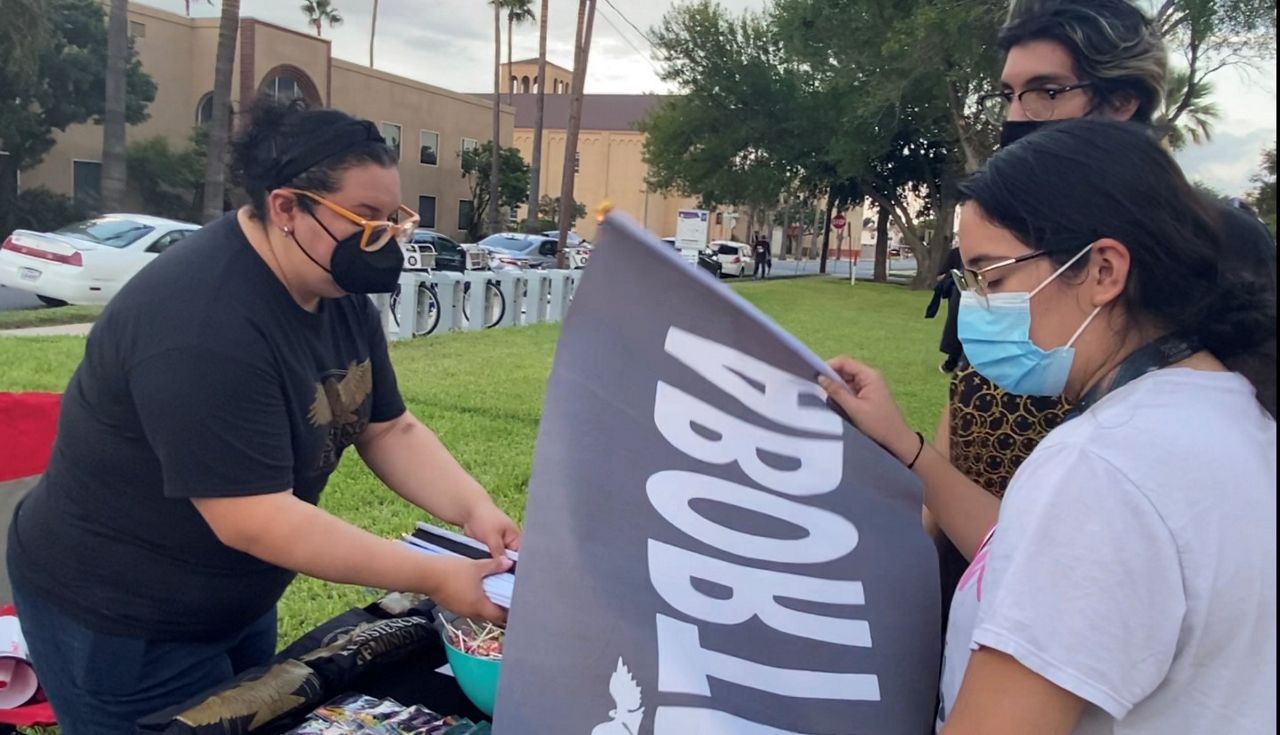 Noemí Nájera meets with community members at a rally in McAllen, Texas, in this image from October 2021. (Spectrum News 1/Adolfo Muniz)

Nájera decided to join South Texans for Reproductive Justice years ago, but she didn’t always hold the same opinion about abortion rights. For her, being from the border means often going against a very traditionalistic culture and established religious beliefs.

“I come from a very religious background. I used to think that people who get abortions were promiscuous or just mean, that they just wanted to kill babies,” she said. “But when I grew up [I realized] that things are not that way. I learned what motherhood means.”

For her a call to action to defend abortion rights is the story of Rosie Jimenez, in whose honor the rally was held. Jimenez died of complications during an illegal abortion in the '70s. She couldn’t gain access to a legitimate abortion because Medicaid would not cover them. Nájera feels her story is more relevant than ever, especially for the Rio Grande Valley.

“She was the first causality of the Hyde Amendment and she is from McAllen, Texas. She  is an example of what can happen and what may happen to other women since then,” Nájera said. 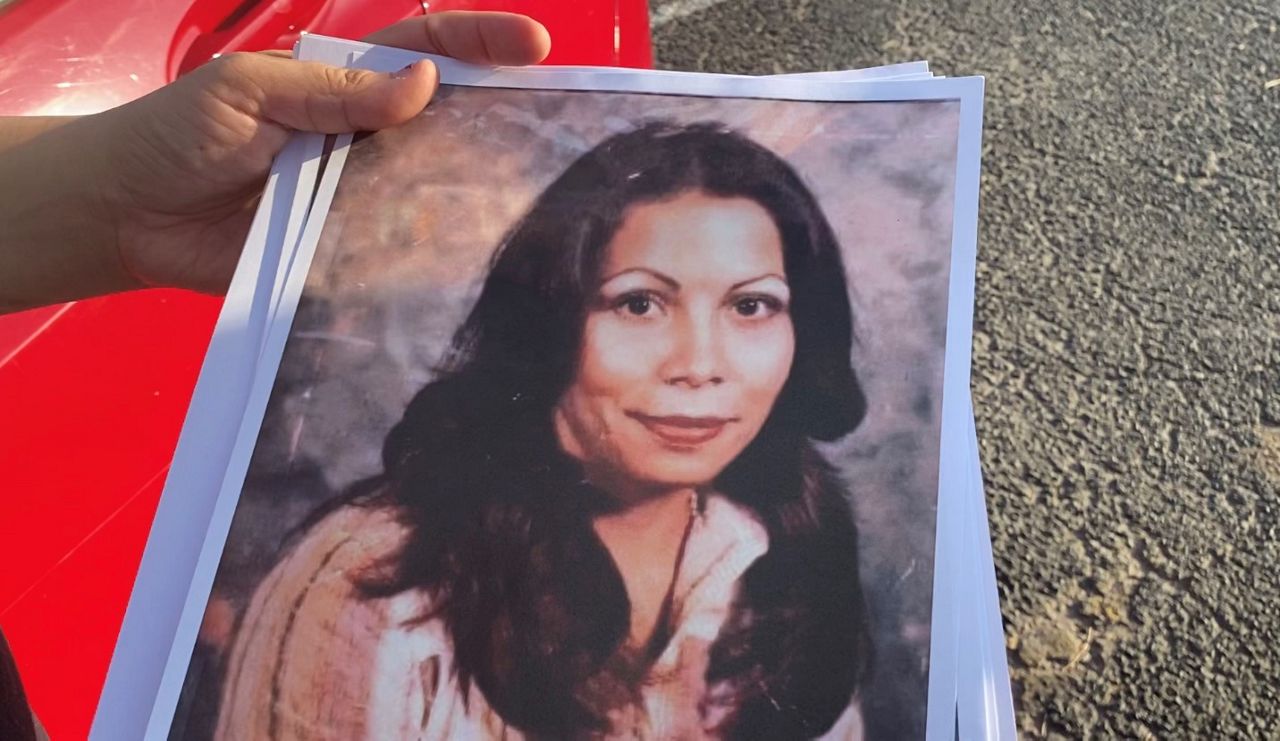 Noemí Nájera holds a picture of of Rosie Jimenez, a McAllen, Texas, resident who died in the 1970s during an illegal abortion procedure. (Spectrum News 1/Adolfo Muniz)

And the vice president of the only abortion clinic in South Texas agrees with her. Andrea Ferrigno is the executive vice president at Whole Woman’s Health in McAllen. Ferrigno warns Texas' new law may cut off many women living in the area from access to legal abortions. The main impediment is the fact that many are undocumented and geography isolates the region.

The Rio Grande Valley is most southernly region of Texas. There is only one way out and it is permanently guarded by immigration checkpoints. This can have devastating consequences for many, according to Ferrigno.

“A lot of people that are able to live and work on the Rio Grande Valley area but are not able to go past that internal immigration checkpoint at Falfurrias are gonna feel desperate and take matters in their own hands," she said.

Nájera said she has counseled many women who have felt desperation over not being able to leave to get an abortion.

“To get an abortion they would have to go to another state. They can’t fly out of here. So, at that point it becomes impossible for someone who is undocumented or might be in the process of getting their documentation. We may see people put themselves in risky situations because they can’t access abortions," she said. 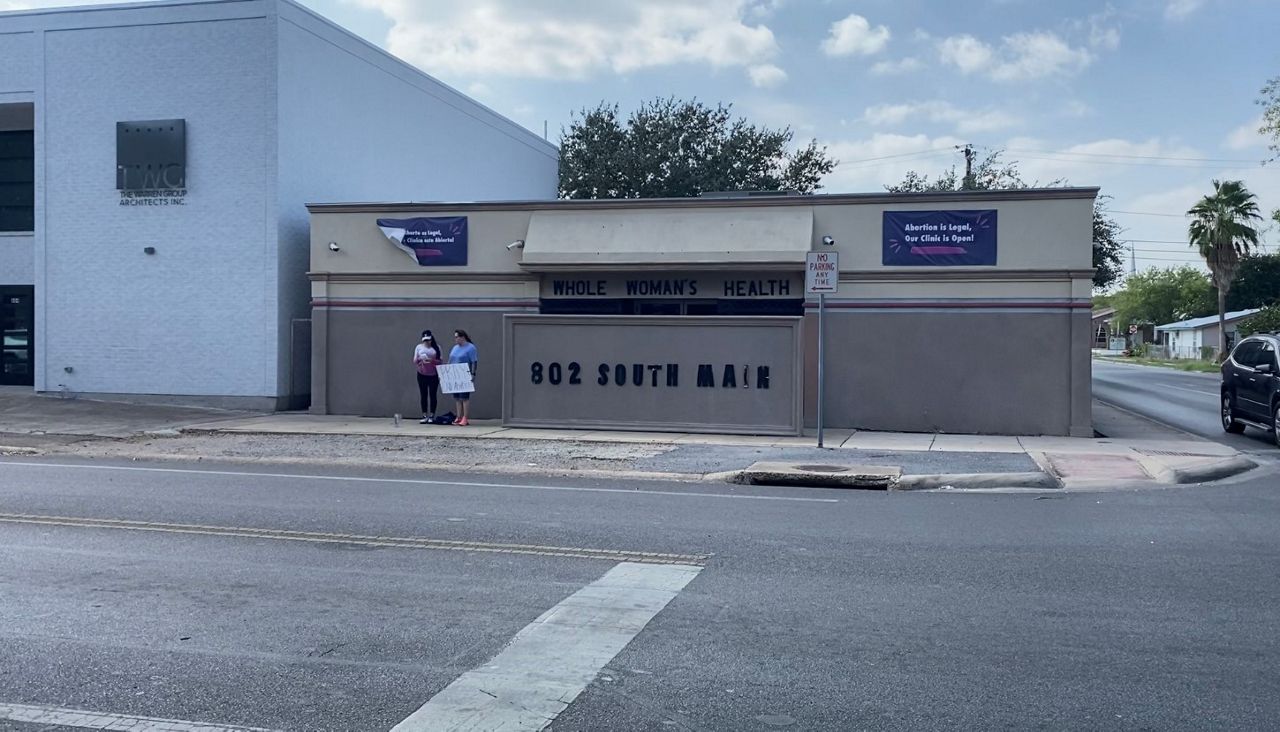 Pictured is Whole Women’s Clinic in McAllen, Texas, the only abortion facility in all of South Texas. (Spectrum News 1/Adolfo Muniz)

Another factor in the RGV is the high rate of poverty. Many can’t afford the procedure or the costs associated with out-of-state travel such as hotels, airplanes or even food for the trip.

For now, the law remains in effect in Texas, and Nájera vows to keep fighting. 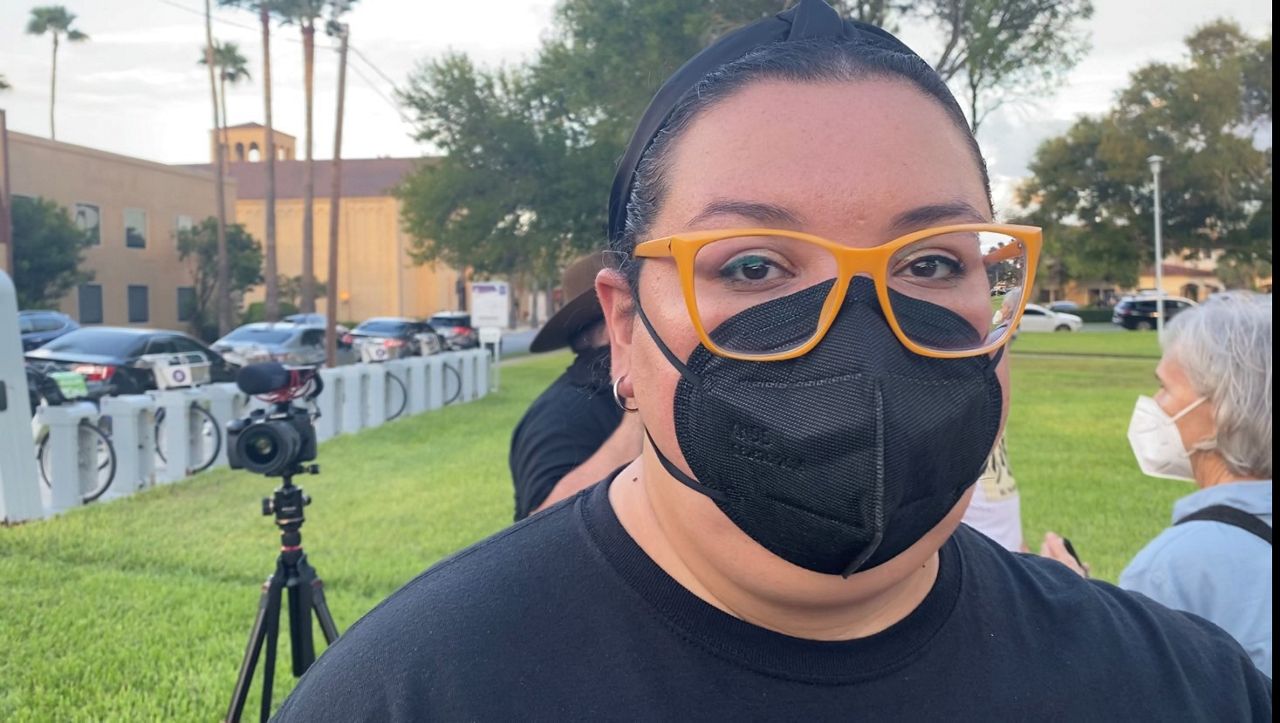 Noemí Nájera appears at a rally in McAllen, Texas, in this image from October 2021. (Spectrum News 1/Adolfo Muniz)