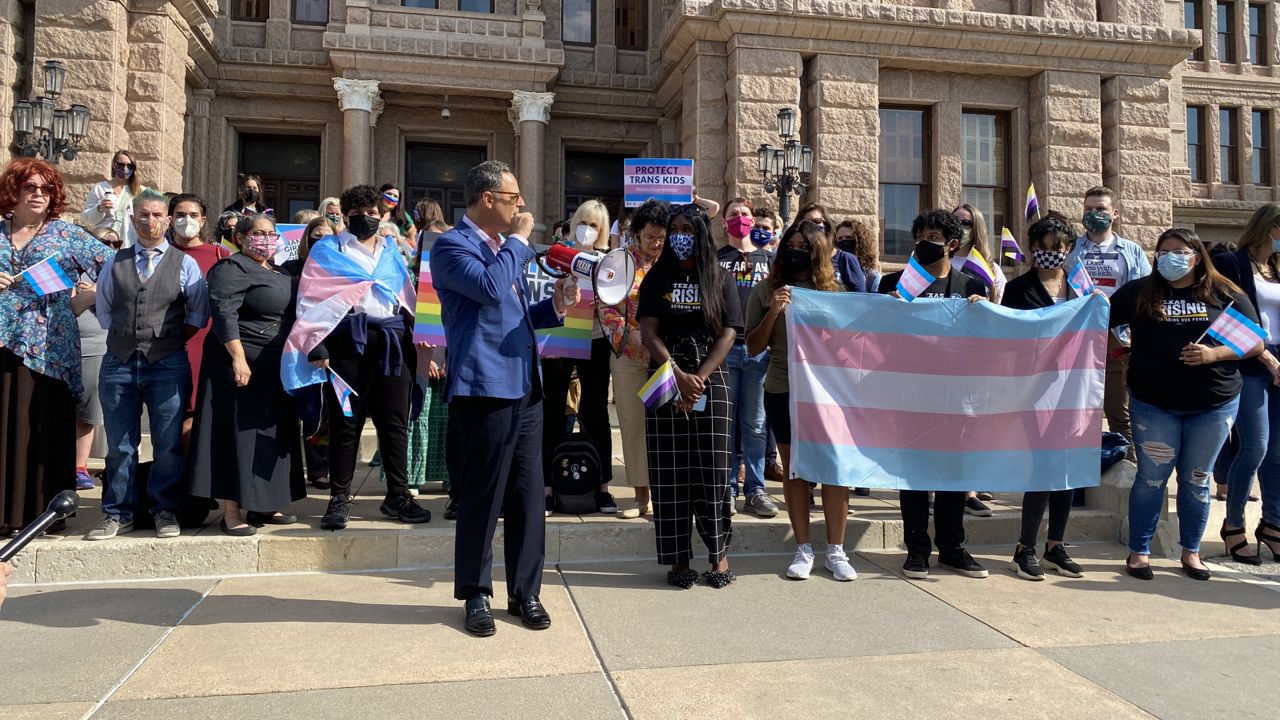 AUSTIN, Texas — A House committee advanced a controversial bill that would require transgender students to play on sports teams that correspond with their gender assigned at birth, rather than their gender identity.

This is the Republican-led legislature’s fourth attempt to pass this kind of legislation. In previous sessions this bill was heard in the House Public Education committee, which is chaired by Democrat Representative Harold Dutton.

He blocked the bill from going to the full House floor for a vote, effectively killing it.

But this time around the House Constitutional Rights and Remedies committee heard the bill, which is chaired by a Republican. After a full day of testimony, the committee voted to send the bill to the House floor, where Texas House Speaker Dade Phelan has said it has the votes to pass.

LGBTQ advocates and families of trans kids say that while this bill has already had a negative impact on their kids in Texas, it becoming law would be even more devastating.

Ten-year-old Kai Shappley is a transgender girl, and made her way to the Capitol steps Wednesday with a message for Texas lawmakers.

LGBTQ advocates rally in front of the TX Capitol in opposition to a bill that would require trans youth to play on sports teams that align with their gender assigned at birth rather than their gender identity. A House committee is set to hear testimony on the bill today #txlege pic.twitter.com/uqFCtDny0d

“We deserve just as many rights as you do…and we deserve to be able to play sports, wear what we want, and be who we are," said Shappley.

She and other LGBTQ allies and activists rallied in front of the Capitol Wednesday in opposition to the bill. They say this legislation is a direct attack on transgender kids.

“When folks propose this kind of discriminatory legislation, that can signal to other people in other communities that it's okay to discriminate against trans people," said Jonah Dechants, research scientist with the Trevor Project.

Activists and families of trans kids told lawmakers Wednesday that the legislation and other anti-LGBTQ bills, are already having a negative impact.

Representatives of the Trevor Project, a suicide prevention organization for LGBTQ youth, say they’ve had a 150% increase in calls from January to August of this year.

Supporters of the bill say it’s necessary to preserve fairness in girls’ sports.

After a full day of testimony, House committee votes 8-4 to approve a bill requiring trans youth to play on sports teams that align with their gender assigned at birth instead of their gender identity. Now it goes to the House floor #txlege

LGBTQ activists say that’s a nonexistent problem, and transgender kids just want to be able to participate in sports without fear of being attacked or invalidated.

“It gives them that feeling of belonging, they get to be with their friends. They get to have fun. I mean, they get to build community… They just want to be kids," said Lauren Rodriguez, parent of a transgender son.