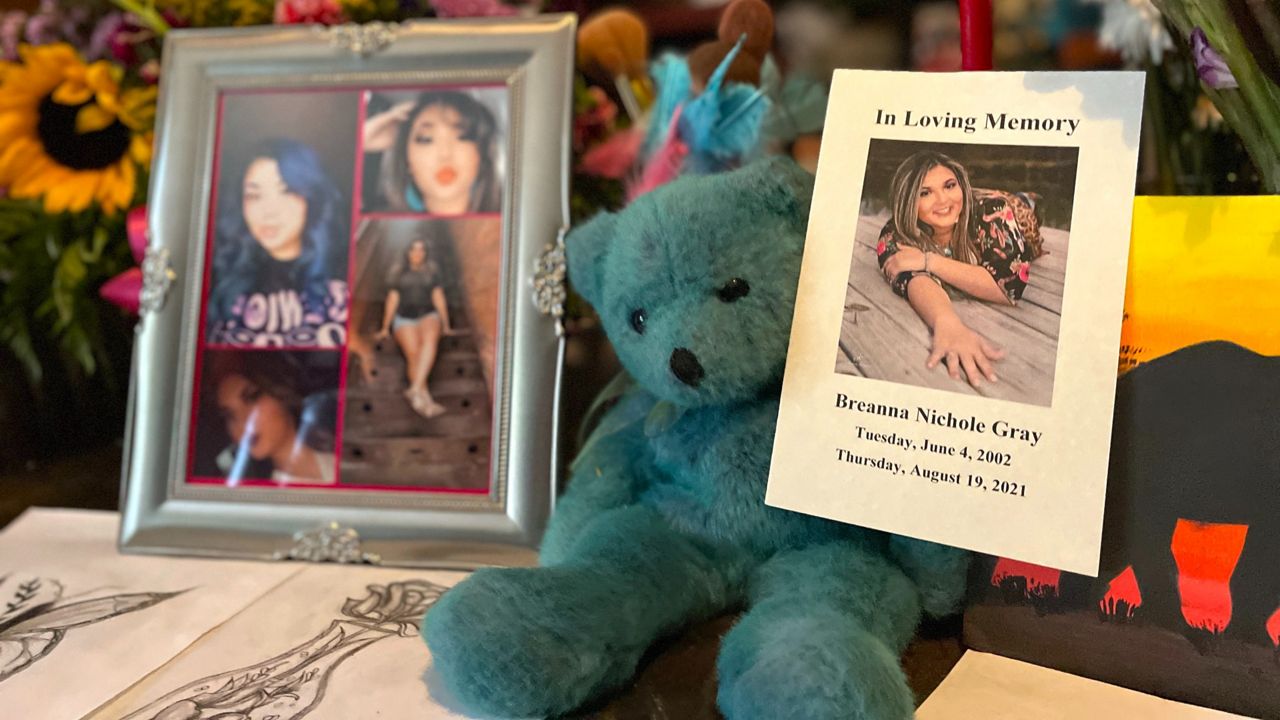 'COVID is no joke': Unvaccinated Texas teenager dies in hospital from COVID-19

FAIRFIELD, Texas — An unvaccinated teenager in Fairfield tested positive for COVID-19 in late July and in late August, her family attended her funeral. Now, the family is begging people to take the virus seriously.

Nineteen-year-old Breanna Gray was going to start college to get her associate’s degree this year at Navarro College before dying from COVID-19. Her parents, Tabatha and Brandon, say burying their child is something no parent should have to do.

“We don't want parents to have to watch their kid through a window or through a phone crying for them and begging, ‘Mommy, I need you, mommy I can't do this.’ That's the hardest part and we just want to get it out there that this is not a game. This is not a joke.” 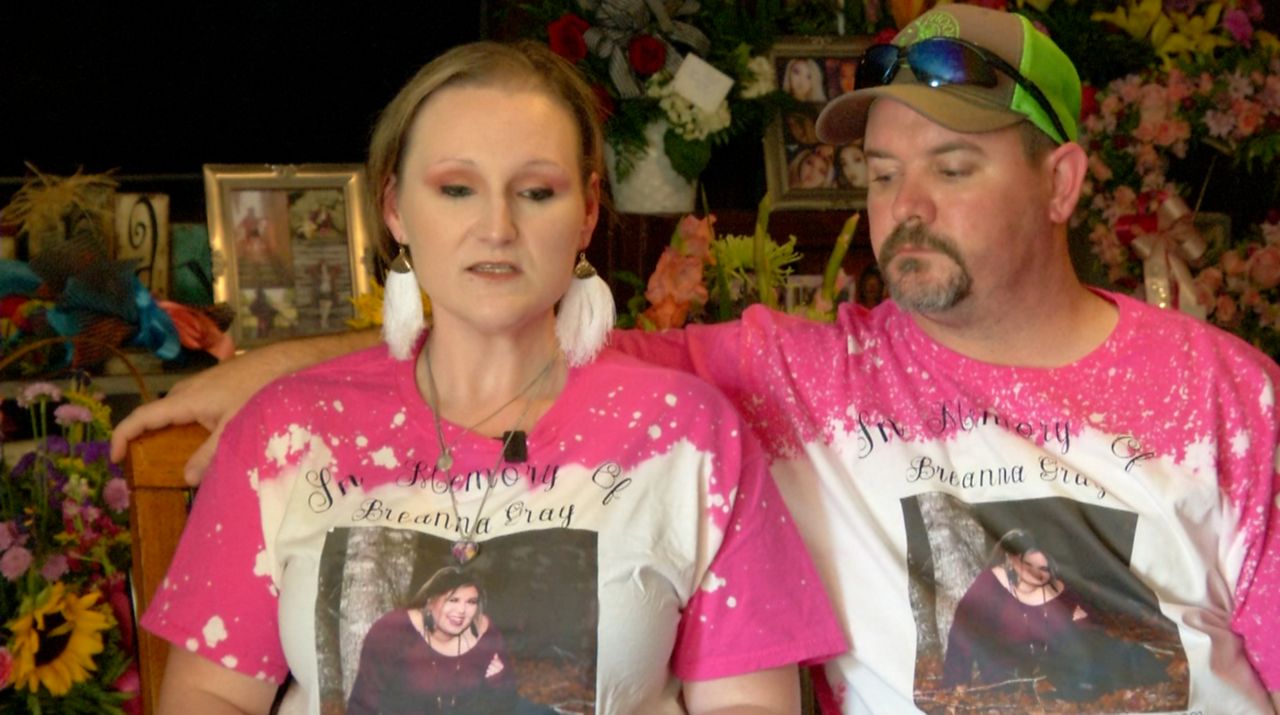 All four Gray family members were unvaccinated at the time they came down with COVID and Breanna was hit the hardest. She died on Aug. 19 after less than two weeks in the hospital. Tabatha said Breanna’s first symptoms were a headache, persistent fever and body aches.

She went to the hospital on four different occasions because she couldn’t breathe. Tabatha said the doctors told her Breanna had COVID pneumonia and her oxygen levels wouldn’t rise above 80. She was admitted the fourth time as her health got worse.

"The hospital called and said they were going to put her on a BiPAP machine to try to help get her oxygen up, because they couldn't keep it up anymore. Because usually it would stay in the 90s, you know, they couldn't get it out of the 80s anymore. And so they were going to try the BiPAP machine, and about an hour later they called me and said, ‘The BiPAP is not working. The only option left is to ventilate her.’ And that was the hardest thing to ever hear, because that's what she was so worried about,” Tabatha said. "I'm trying to tell her ‘It's going to be okay. Mama loves you…’ You can just hear her kind of scream through the mask, and the fear and her crying, because I'm trying to tell her ‘Baby, it's gonna be okay. They're going to help you sleep. They're gonna help your lungs rest. You're going to be okay.’ And she's just trying to talk through the mask as much as she can, and you could just hear the pain and the scared and worry, that was the worst part.”

Breanna’s stay at the hospital was a rollercoaster. Tabatha said she would be better and then deteriorate again.

She had to be put on a ventilator and treated for a blood clot in her lungs. The doctors told them Breanna would be on a blood thinner for a couple more hours, and then she’d have a long road ahead of her.

"So we were waiting, and we were like, ‘Why is it taking so long for us to go see her?’ A nurse comes back in and said her heart stopped, and they're working on to bring her back,” Tabatha said. "So it kind of went from, she was gonna be okay, ‘just a long road,’ to now her heart stopped. And then they came back in a little bit later and said, ‘We got her heart working, but barely. It's faint.’ And that's when they let us to go in and see her. And that's when she had her last breath. Her heart stopped with us in there. And that's the worst feeling ever. Like, no one could ever imagine that, especially since I didn't get to hold her [or] be with her the whole entire time. And then the only time I can, she's gone. And she can't open her beautiful brown eyes ever again and look at me." 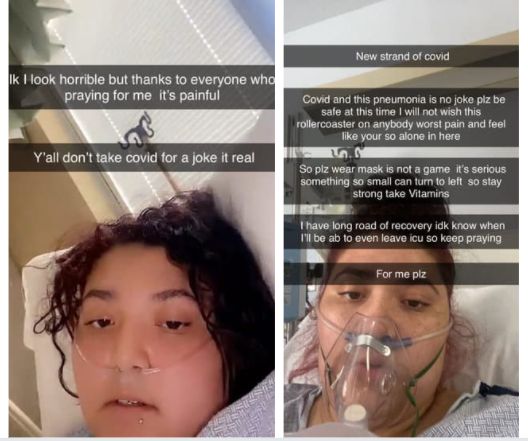 The family wants people to follow their lead and consider the cost of being unvaccinated. They say they received Snapchats from Breanna during her hospital stay that begged others to wear a mask and take COVID seriously.

"Take it serious. It's not a joke, really do your research. We have all these young kids out here and that's who it's attacking is these young kids now. And to really think about it, what outweighs the cost of losing your child? Some side effects that may go away, or losing them? We have ‘what ifs’ in our head now. And we wish we didn't have ‘what ifs.’ We wish we could have said we did everything we could.

The Gray family has already received their first dose of the COVID-19 vaccine and have their second dose scheduled in September. She said while she took preventative measures before those were relaxed last spring. Peer pressures and the voices of others got in her head and made her question the vaccine.

“[Our 14-year-old son] was against it, but as soon as his sister got sick, he came to the realization, ‘Well, what do I have left to lose?’ And we should have pushed it. I should have pushed it a lot more than I did. I should have forced [them] to do it, because whatever I did, she would have done. And I feel in my eyes that it was my responsibility and I should have done it,” Tabatha Gray said. “[Breanna] was already talking about getting her vaccine. She's like ‘Mom, as soon as I can, I'm getting my vaccine.’ And all we can think of now is ‘What if?’ All the what ifs, you know, because there's never a guarantee, but what if we all had gotten the vaccine or she had gotten the vaccine? Because we made it, she didn’t. She was healthy, 19 years old. She was perfect. And she went in and never came home.” 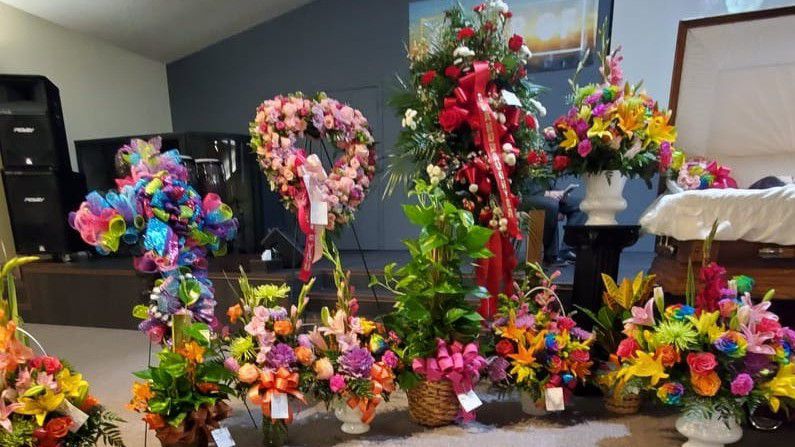