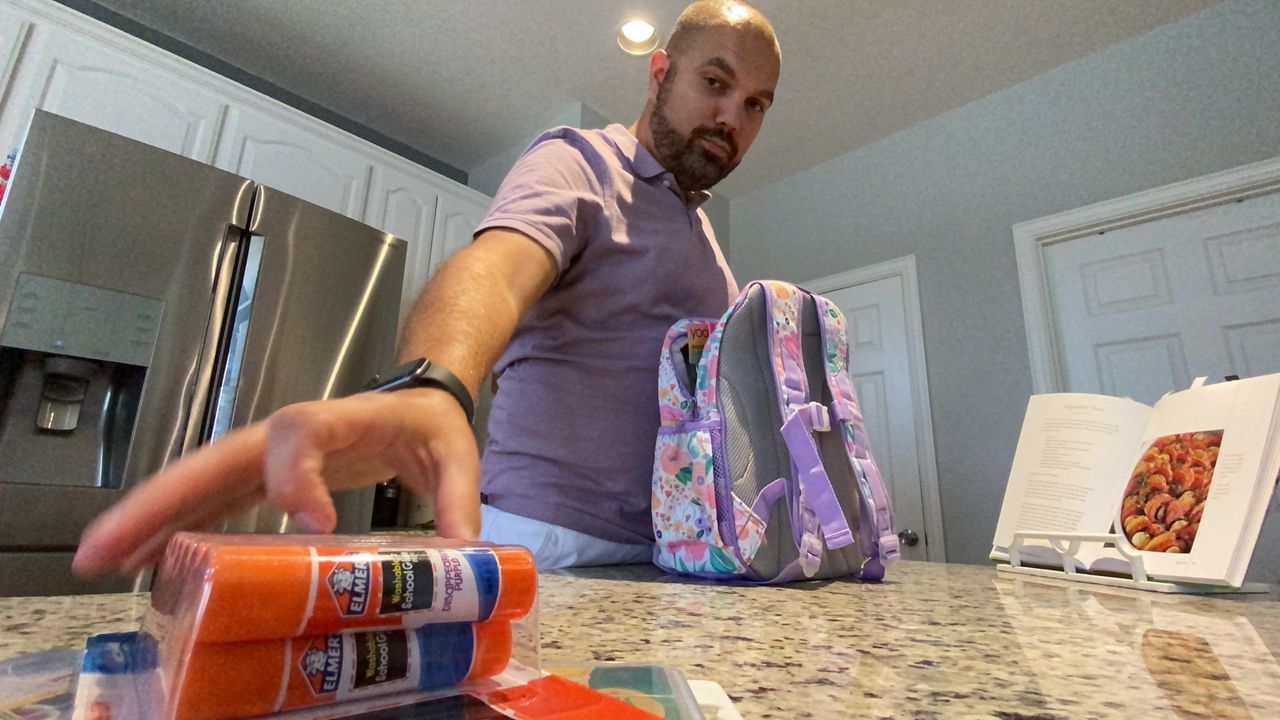 PLANO, Texas — Parents across the state are urging school district leaders to protect the health of their children as they return to class for in-person learning. In May, Gov. Greg Abbott issued an executive order prohibiting government entities including school districts from mandating masks, but fierce pushback from parents is causing some school districts to test their legal powers.

At Plano ISD, dozens of parents went in front of the school board last week to question the proposed health and safety protocols planned for the 2021-22 school year. Some of the health guidelines parents vocalized concern over included limiting school assemblies for children 11 and under who are unable to be vaccinated, reinstituting masks policies and contact tracing for those exposed to COVID-19 while in the classroom.

"We've got a countdown to the first day of school," said Jenna Royal, mother of two children at Stinson Elementary School. "They are so excited, but it's terrifying to think of sending them into a school that has been grossly under-equipped by a government that is supposed to take care of us."

After district officials heard the concerns from parents like Royal, changes were put in the hands of school administrators on a campus-by-campus basis. Some changes include adding plexiglass dividers and limiting large gatherings for those unable to be vaccinated.

"The kids are just too young and vulnerable for our Stage 1 protocol which is disinfecting surfaces, washing your hands," said Royal.

Amid the rise in cases of the delta variant, some parents are pushing for more to be done. Fort Worth ISD, Dallas ISD, and Houston ISD have all ignored the Gov. Greg Abbott’s orders and have issued masks policies for both students and staff. Dozens of parents have already filed lawsuits challenging the school districts on their masks policies.


To avoid the legal turmoil, Plano ISD has provided families with a temporary three-week, parent-led virtual back-to-school option. Over the summer, funding to provide school districts with virtual learning options failed through HB1468.

Now both parents and school districts are working to mitigate the risks associated with COVID-19.

"As we think about sending our oldest, sending our 5-year-old into public school, that's exactly where we're at," said Brian Rowe. "It's trying to understand what's the best way to protect her because she can't make all of these decisions on her own."

Plano Superintendent Sara Bonser said the district was an advocate for virtual learning options ahead of the school year, but due to conflicting messages from the governor and the U.S. Centers for Disease Control and Prevention, their hands are tied at the district level.

"It is not a perfect choice," said Bonser at Monday's school board meeting. "We are doing our diligence to revise protocols, and put stronger ones in place."

Meanwhile families like the Royals and Rowes will continue to speak up and advocate for their children amid the federal and state government conflict.

"There's going to be arguments. There's going to be loud and rowdy school board meetings, but at the end of the day, we're here to make sure our kids get a good education," said Royal. "That they become well-rounded people, that they do so without the constant fear of becoming sick with a deadly virus."