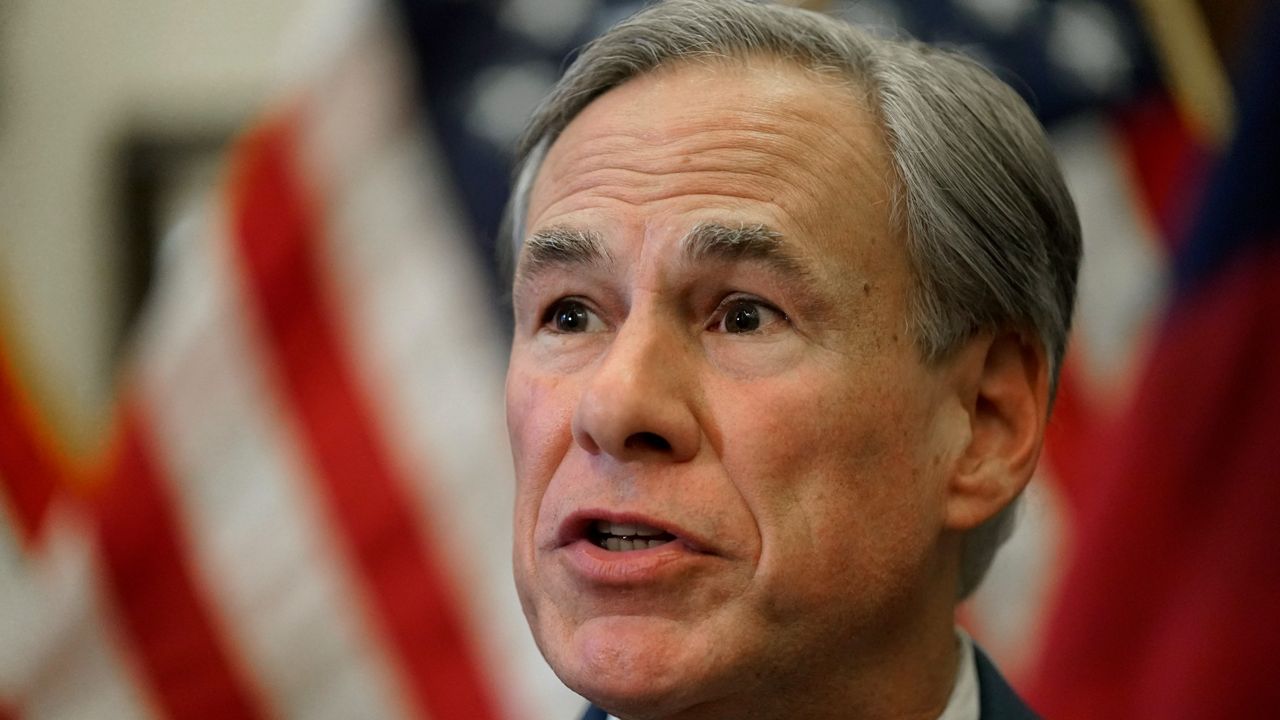 Texas Gov. Greg Abbott speaks at a news conference, Tuesday, June 8, 2021, in Austin, Texas. Abbott on Tuesday, June 22, 2021 ordered lawmakers back to work in July, raising expectations of another attempt to pass new voting restrictions after Democrats blocked the GOP's first try with a dramatic late-night walkout in May. (AP Photo/Eric Gay, file)

Gov. Abbott: ‘I will keep calling special sessions until Democrats come back’

TEXAS — As Texas Democrats remain camped out in Washington, D.C. protesting a GOP-backed elections bill, House Republicans voted Tuesday to track them down and potentially arrest them.

"The sergeant-at-arms and any officer appointed by him are directed to send for all absentees whose attendance is not excused for the purpose of maintaining their attendance under warrant of arrest, if necessary," House Speaker Dade Phelan said.

Democrats denied Republicans a quorum Tuesday so lawmakers in the House aren't able to conduct any business. But the impact of the move by the GOP to arrest is unclear since Texas law enforcement lacks jurisdiction in the nation's capital. In an interview on Capital Tonight, Gov. Greg Abbott said he plans to get the elections bill passed one way or another.

Gov. Abbott said he has no plans to negotiate with Democrats on the legislation because he said the claims criticizing it are “bogus.”

“This doesn’t have anything to do with denying people the right to vote,” he said.

Democrats argue the legislation could make it harder to vote, particularly for marginalized voters, by increasing access by poll watchers who could intimidate voters, also adding additional barriers to the ballot. The legislation also bans drive-thru voting and further restricts vote-by-mail rules, to name a few changes. Several of the most hotly debated provisions of the elections bill were eliminated, including one that would have made it easier for judges to overturn elections and another limiting early voting hours on Sundays.

Democrats said Tuesday from Washington, they could be willing to negotiate, if the governor stands down on his veto of funding for the legislature which includes staff salaries.

“You can’t withdraw a veto and that budget has already been passed and is law without the funding in there for the legislature,” Abbott argued. “There’s no legal authority to withdraw that veto. There’s only one legal thing that can be done and that is the legislature can show up and vote to fund the legislature.”

The Texas Senate approved funding for the legislature Tuesday, but without House Democrats there to do the same, it cannot go anywhere.

Click the video link above to watch our full interview with Gov. Abbott.