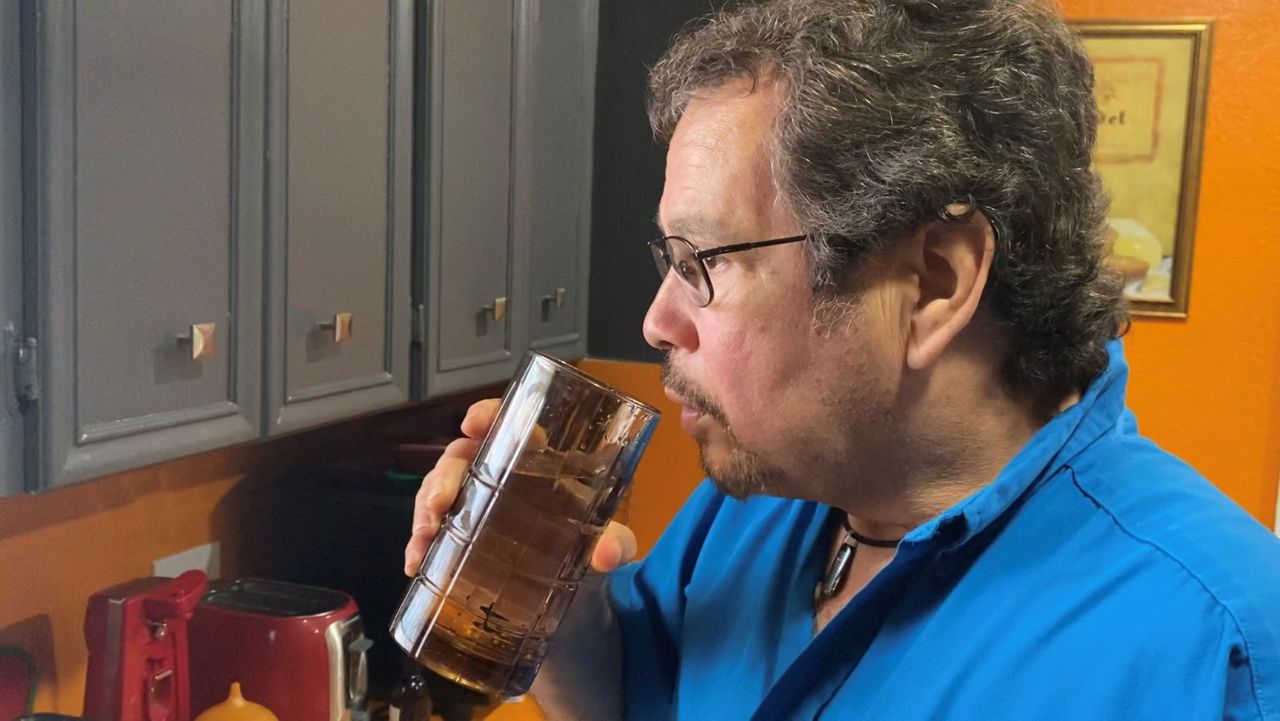 McALLEN, Texas — Fifty-five-year-old McAllen resident Gustavo Ortiz started feeling symptoms of COVID-19 in August 2020. At first he thought it was just the flu, but within days he wasn't breathing well.

He almost lost his battle against the coronavirus. Now he says he is blessed to be able to do things as ordinary as going to work.

Ortiz says he was in the ICU for three days. “When I was admitted to the hospital, I was almost on my last breath," he said. "I think that if I hadn't arrived on August the 25, if I had delayed three more days, I wouldn’t have made it. [I was] walking a fine line between dying any moment or staying alive." He wasn’t just fighting the coronavirus, but also the disease that doctors call a silent enemy.

“I have had diabetes for many years. That complicated the situation,” he said.

“Because COVID-19 is an inflammatory disease. We know that people die from clothes and from inflammation, and people whose diabetes is not well controlled already have an inflammatory process going on," he said.

Diabetes is a serious problem for the Rio Grande Valley. According to the Centers for Disease Control, Hidalgo County has the highest percentage of diabetes patients in the country.

“We know that in Hidalgo County 30 to 33% of all people, all adults, has diabetes mellitus. In the country its 8%.” Melendez said.

Melendez said that is what drove the numbers of hospitalizations and death rates in the Rio Grande Valley to a point where there were no hospital beds available between June and August of 2020, the same time Ortiz was admitted. A person had to die so that Ortiz could be moved to a regular hospital bed.

Today, Dr. Melendez has 100 COVID patients in Edinburg Regional Medical Center, but back in July he said there were an average of 1,200 on any given day.

Melendez said the problem is not exclusive to the Rio Grande Valley, where about 90% of its population is Hispanic. He said it's a problem for the entire Hispanic community nationwide.

“In addition it runs in families. We have a predisposition to Diabetes. And of course if you look at our typical diet, extremely high in carbohydrates, tortillas, rice, beans, breads, pan dulce (sweetened pastries) menudo, you name it,” he said.

As for Ortiz, after spending a month in the hospital, he says he is now eating healthier and keeping his diabetes under control. He says he wants his suffering to be meaningful and help others, that’s why he is always advising people to take diabetes and COVID-19 seriously

“COVID is something to be very worried about. I used to think too when the pandemic began that it was all being exaggerated, but now I can tell you in all sincerity that it’s something very serious,” he said.

Dr. Melendez says for many people change is hard and since diabetes has no discernible symptoms at first it doesn’t alarm anybody.

“Most people diagnosed with diabetes, they don’t even understand what that really means, how serious this problem really is,” he said.

But change can be undertaken any day and it makes a big difference, said Melendez. He added that the chance of survival against COVID-19 are the same for people with controlled diabetes, as for someone who never even had the disease.