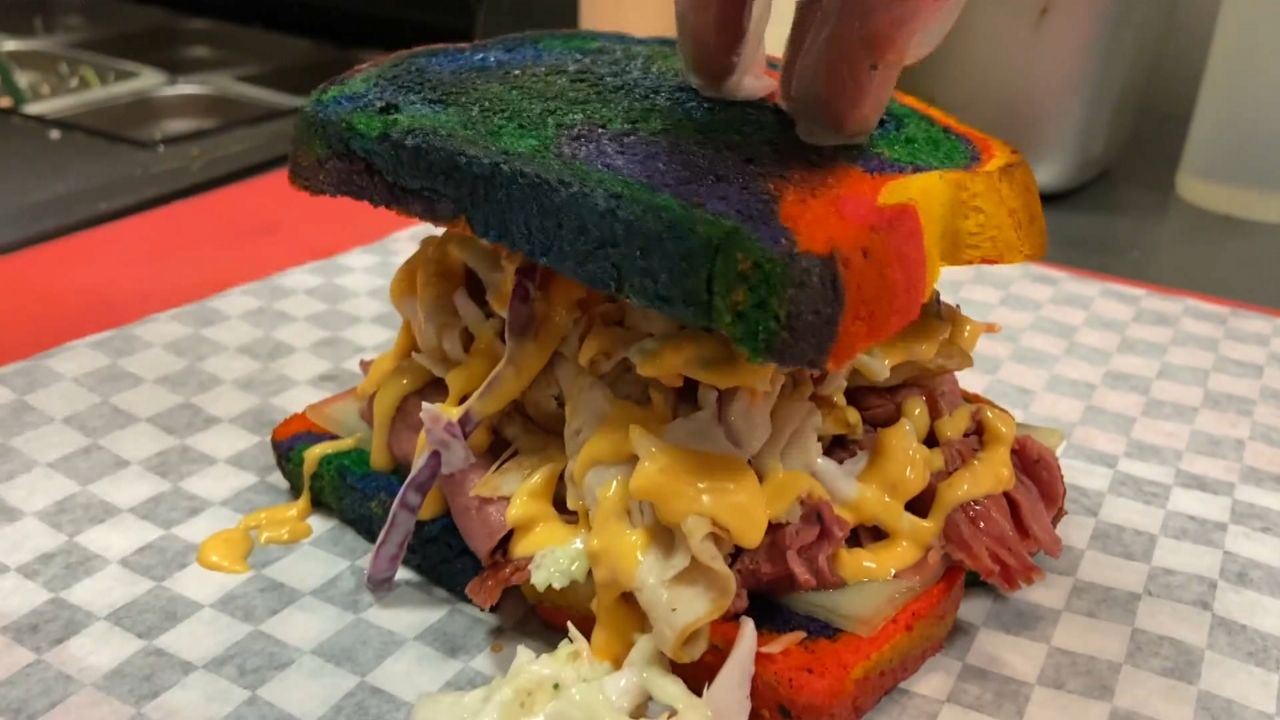 ENCINO, Calif. — "I’m a Barbie-Q girl, in a Barbie-Q world. I’m ecstatic! This pulled pork’s fantastic!" With a name like Barbie-Q, you can’t help but sing that song.

Fortune Southern, who is the owner of Barbi-Q, shows off her family recipes in massive, Midwestern-sized servings.

“Everything is large here. We make sure that all the food is filling and all the sandwiches are big. The smallest thing you will get is a side,” Southern said.

She is a Barbie-Q girl after my own heart, because she loves to eat and curated a menu based on her favorites. The business started as a food truck five years ago and when events stopped during the pandemic, she took it as a sign to open her first brick and mortar, not only serving barbecue staples honoring the name.

“I put together different ingredients and flavors that would come to me," Southern said. "The menu was naturally made from me liking to eat. That’s just what it is."

But, it also stems from her Midwestern roots. Southern is from Cleveland and grew up cooking mac and cheese with her mom, which you will find on the menu along with the decades-old BBQ sauce recipe.

“It’s been around for years," she added. "I can’t tell you the recipe, but it’s sweet and tangy and made with a lot of love and a lot of ingredients,” said Southern.

Next to the BBQ items are Reubens. An interesting choice for a restaurant called Barbie-Q, but Southern grew up eating them in Cleveland from her favorite restaurant.

“My mom always used to buy me Reubens from there and bring them to my school when I was a young girl. As I grew up and got my own car, I would constantly drive to Slyman’s and always get Reubens. They always had the best Reubens. So, when I moved here and put the menu together, I used them as my inspiration,” said Southern.

The inspiration is seen in the rainbow Reuben, which has pastrami and turkey, and is served on rainbow bread for Pride Month.

“Everyone doesn't like BBQ, so I made sure to put other menu items that's either for kids or for people who like Reuben or deli sandwiches,” Southern said.

She hopes to expand the menu now that life is slowly going back to normal. She feels blessed to be where she is today.

“To say I’m grateful is an understatement," she said. "I don’t know how to express how I really feel about it. But I will say I’m not surprised because I earned it. I worked hard for it, but at the same time, I need to pinch myself because I am surprised it happened smoothly and the way that it went."

You may be pinching yourself as well while eating the delicious, massive dishes in disbelief at Barbie-Q located at 15928 Ventura Blvd. Encino, CA.