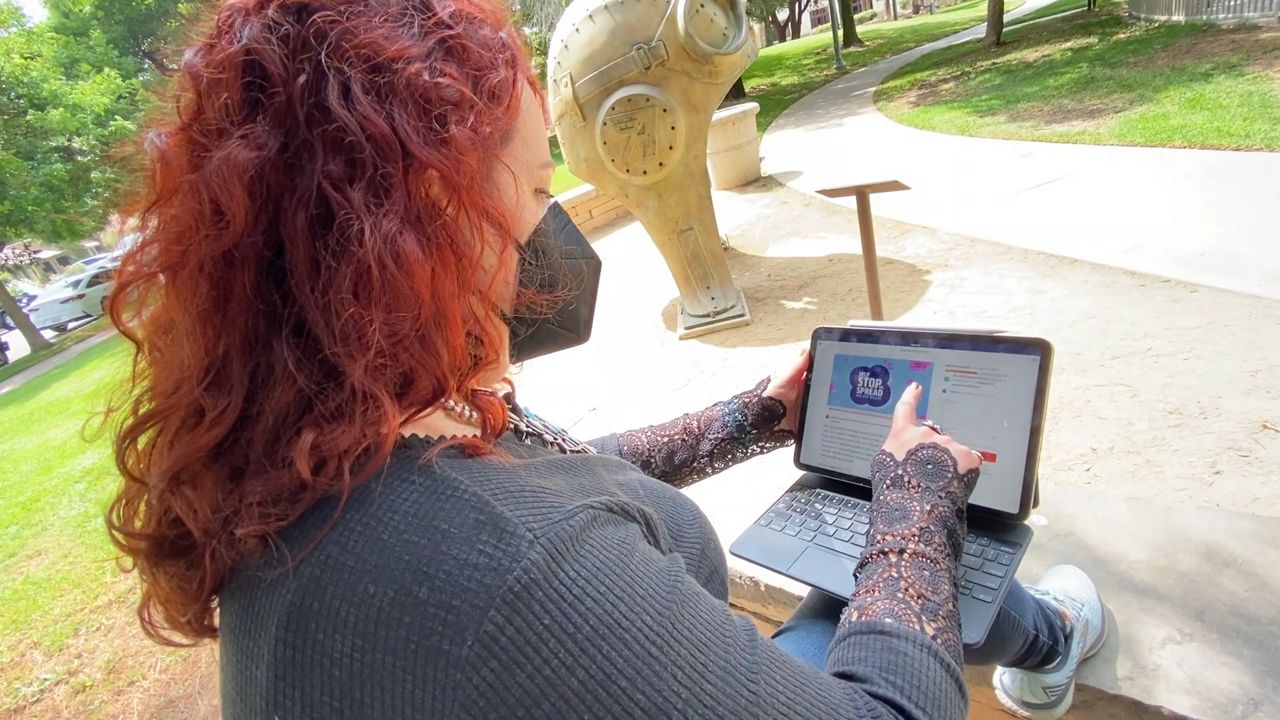 BURBANK, Calif. — Taking the necessary steps to protect her child, that’s what Regina Ainsworth has been doing since her son was born eight years ago. Ainsworth wears many hats: filmmaker, activist, advocate and lately, teacher.

Her child is medically high-risk, and since he is still too young to be vaccinated, she opted for independent study rather than sending him to second grade in person. It’s not ideal.

“I was hoping to send him to school,” the Burbank mom said. “I was thinking that if there was enough support and testing like we see in the entertainment industry, we would consider it.”

She and her husband both work in the film industry, where on-set COVID-19 protocols include testing three times a week. Burbank Unified School District offers testing once a week, which she said would be helpful in catching asymptomatic cases. The problem, she said, is that not everyone is getting tested. BUSD requires families to opt into testing, which means the results don’t reflect the entire school population.

“It’s just too much of [a] hit and miss,” Ainsworth said of the current system. “Just really, like, a gamble with these children.”

It’s a concern she saw echoed by many on message boards, and not without reason. According to Los Angeles County Public Health Director Dr. Barbara Ferrer, the first week of school saw a 50% jump in COVID cases among children 5 to 11 years old.

“The early data we have on cases at schools is sobering,” Dr. Ferrer said this week.

Ainsworth put together a petition calling on the district to make weekly testing mandatory for all to protect them and everyone in the school community. Data currently available through the district shows the number of students on campus, and the number of positive cases, but not how many kids were actually tested.

According to Superintendent Matt Hill, the number is growing. Last week, over 26% of families had opted in, he said. This week that number climbed to over 50%.

Ainsworth’s petition also calls for greater mask enforcement for everyone on campus, including outdoors and during pick-up and drop-off.

“When adults come to congregate at the gate to collect the children, there’s adults that aren’t masking,” she said. “Until you are like, back in the car, keep your mask on, protect the children. Keep them safe.”

Hill said he understands the concerns but stressed that the district is “following all of the health guidelines.”

In a statement, he pointed out that this district has not seen cases spread on campus so far, adding, “Cases are occurring in the community. All of us need to work together and follow health guidelines and recommendations to prevent the spread.”

Ainsworth said she didn’t really push her petition. Instead, she posted it on Facebook for a few local parent groups, and within days, it garnered more than 500 signatures.

“We want our voices to be heard and counted for. It’s not a few parents emailing Matt Hill quietly. It’s literally hundreds of parents,” she said.

She plans to send it to Hill and the Board of Education, and she hopes they realize it’s coming from a place of concern, not confrontation.

“We’re not just pointing a finger and saying ‘you did this wrong!’” she explained. “We’re saying we think we can make this better.”

Until then, she will continue to be her son’s teacher, working on math while counting the days until a vaccine for children under 12 is available.