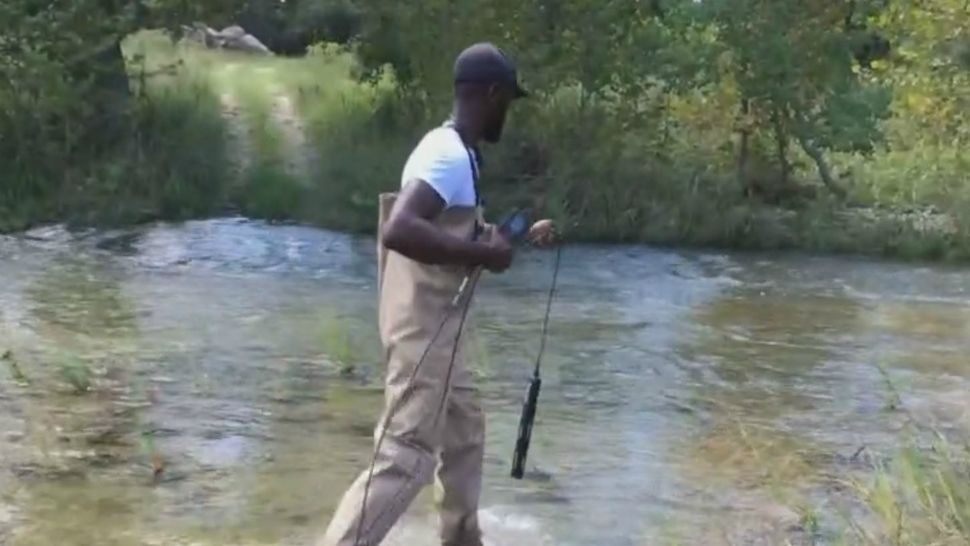 Research is conducted at Cibolo Creek in Texas in this image from Sept. 19, 2018. (Spectrum News)

SAN ANTONIO -- UTSA researchers in partnership with the Cibolo Preserve are getting in the water to collect data on estrogen concentrations in Cibolo Creek.

"We wade in the creek we don't have a problem with that," said Brian Laub, UTSA assistant professor in the Department of Environmental Science and Ecology.

But the problem in the water could be estrogen levels.

Too low and negligible to effect humans. But there are still questions like which humans are drinking and using this water? And from which aquifer?

"Of course a lot of the water that drains off of this area can go into the aquifer," Laub said.

Part of the study is determining which aquifer - the Trinity or Edwards Aquifer?

Edwards Aquifer personnel said they are aware of possible eventual flow and are in the early stages of conducting research.

"If they are high enough and persistent enough, sometimes male fish can produce eggs or disrupt their reproductive systems," Laub said of the estrogen levels.

They say estrogen levels could be in the water because of natural causes like aquatic life laying eggs, but also because of humans not disposing pharmaceuticals correctly, including birth control. It could also come from urban runoff with the boom in development.

So while the estrogen concentration found in the Cibolo Creek is low, it's the flow of that water needs be to determined.

Click here for more details on the UTSA research and partnership.