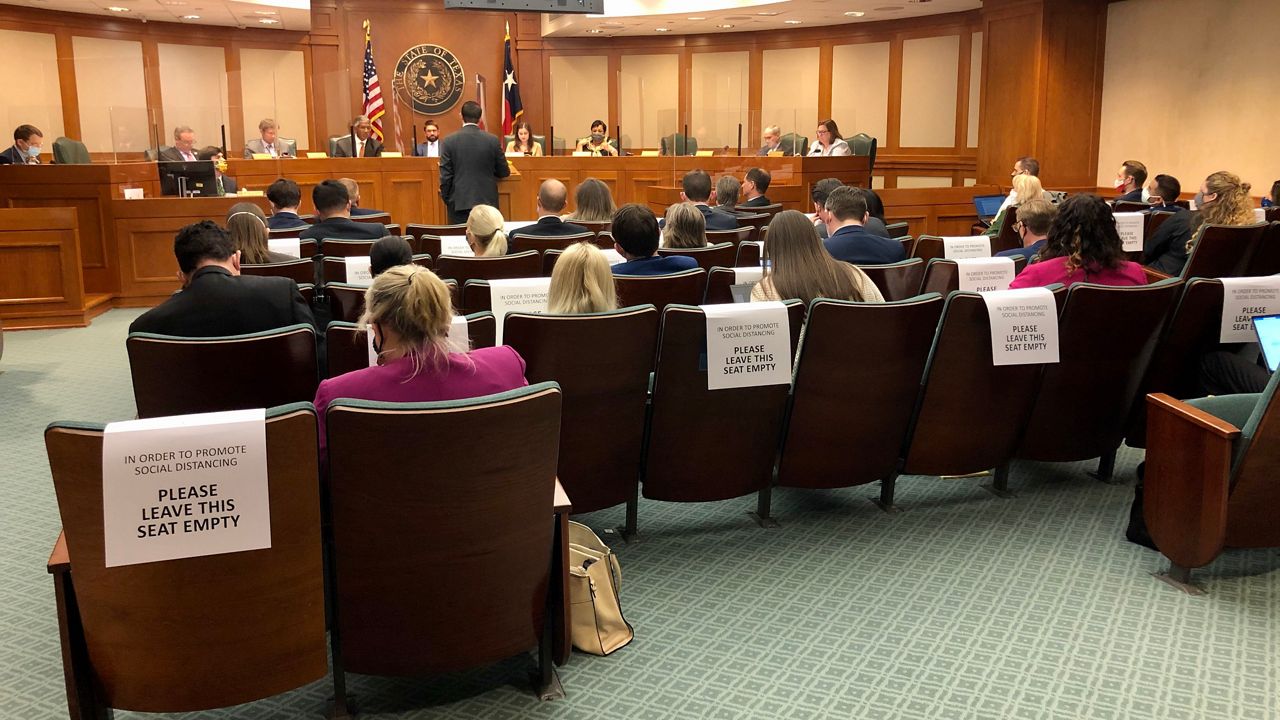 The House committee on judiciary and civil jurisprudence in a 5-1 vote Wednesday passed a bill that provides an attorney to a fetus during the judicial bypass process. (Spectrum News 1)

AUSTIN, Texas — Texas is a step closer to further restricting abortion access and fulfilling the priorities of state leadership after the Texas Senate approved several anti-abortion laws. Wednesday, a House committee approved along party lines a proposal that would affect the legal process allowing teens to get an abortion, known as judicial bypass, by providing attorneys to fetuses.

In order for teens to get a judicial bypass they have to prove to a judge they are mature and well-informed enough to consent to their own abortion, or it is in their best interest not to involve their parents. House Bill 1171 would provide legal representation to the fetus during that process. The House Judiciary and Civil Jurisprudence Committee held a hearing on the bill Wednesday and in a 5-1 vote passed it. Anti-abortion groups argue fetuses should have legal representation.

“They don't have a voice yet, and so their interest needs to be represented by someone who has a voice. If the pregnant minor is going to have an attorney ad litem, which should help represent her best interests, the unborn child needs to have that voice, as well, representing his or her best interests,” Rebecca Parma, legislative associate of Texas Right to Life, said.

Rosann Mariappuram, who testified against the bill, is a volunteer-turned-executive director of Jane’s Due Process. The nonprofit, founded in 2001, aims to help anyone under the age of 18 to confidentially access abortion and other reproductive health services.

“For the teens we serve, they risk getting kicked out of their homes for being pregnant. They risk being forced to carry a pregnancy to term that they don't want to. Sometimes they don't even have a parent or guardian in their life,” Mariappuram said.

She said the judicial bypass process is already a traumatizing and overwhelming experience for young Texans, considering in part the judge gets to ask a range of questions. Mariappuram argued assigning an attorney to a fetus would make the confidential process an “adversarial” one.

“It's really just a device to stigmatize teens to make them feel like it's a criminal process for seeking an abortion and also to really just prevent them from getting abortion care,” she said.

The committee vote comes a day after the Texas Senate passed seven anti-abortion bills, sending them to the full House for consideration. Those proposals include the so-called heartbeat bill that would ban abortion at six weeks, typically before women know they are pregnant. There is an exception for medical emergencies, but not for rape or incest.

“Those are horrific situations and really feel for women who are suffering under those and we want to support those women. Abortion isn't the answer. Abortion isn't the option. And so keeping the bill without those exceptions, it was really important of telling women we, we support them and we'll provide for them as a state, but also that we value pre-born life,” Parma said.

Parma said her organization is not afraid of lawsuits and these legislative advances are part of a larger effort to overturn Roe v. Wade. Abortion rights advocates believe the constitutional rights granted by the landmark 1973 U.S. Supreme Court decision must be protected.

“The Supreme Court is not without error in its history and this is another decision that we view as one that was made an error,” Parma said.

“It’s not about anyone's individual point of view. It's about what our rights are and what the law needs to protect,” Mariappuram said.

A version of this bill, also by Sanford, passed out the House Judiciary and Civil Jurisprudence Committee in 2019, but it did not reach the House floor.