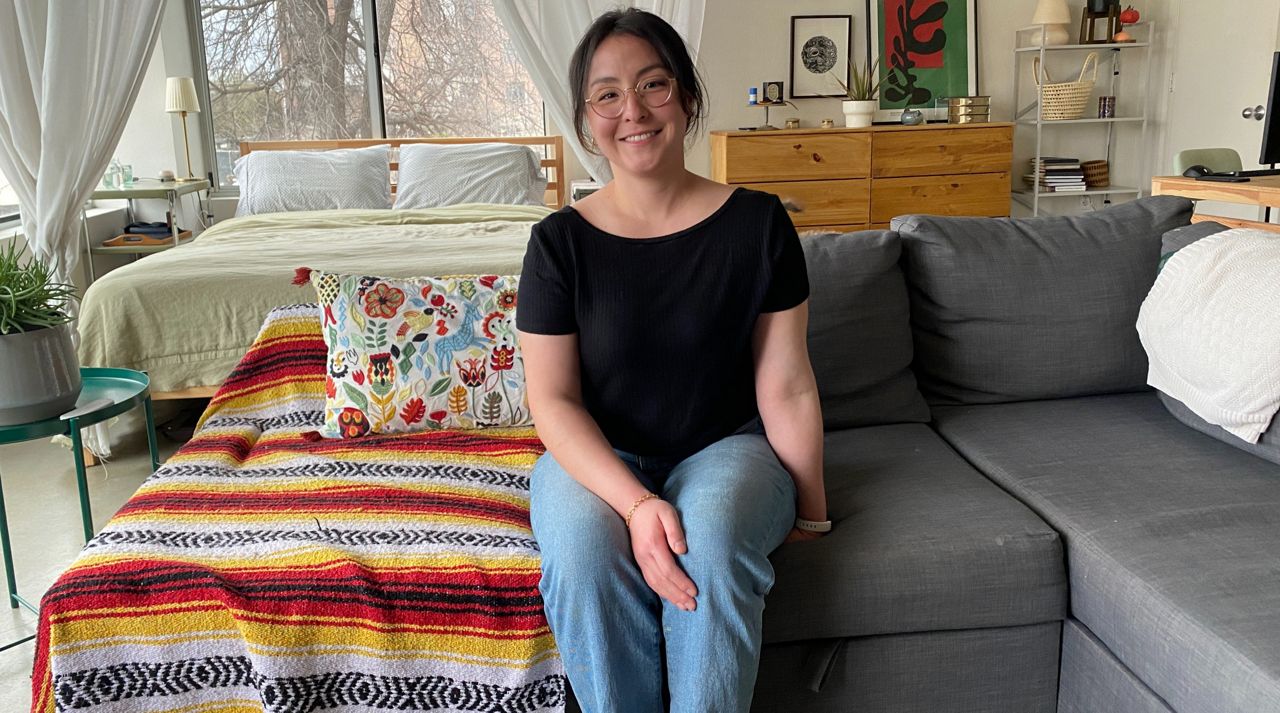 Hailey Easley, a 32-year-old woman who grew up in Abilene, Texas. (Spectrum News 1)

AUSTIN, Texas — Asian American communities are calling for more widespread recognition of the racism and discrimination Asian Americans face in the U.S. in the wake of the shootings in Atlanta that left eight people dead, including six women of Asian descent.

A group called Stop AAPI Hate (Asian American Pacific Islander) reported there were nearly 4,000 incidents of discrimination targeting people of AAPI backgrounds from March 2020 to February 2021, but says that is likely an undercount.

Texas ranks fourth in the list of states with the highest number of hate incidents targeting Asian Americans, a statistic that was heartbreaking, but not all that surprising for Hailey Easley, a 32-year-old woman who grew up in Abilene, Texas.

Easley's mother is Mexican, while her father is Korean, and she says she frequently experienced discrimination growing up.

“It was pretty lonely and kind of alienating," said Easley.

She says growing up as one of a small number of Asian Americans in Abilene, she was always reminded she was different.

“I got made fun of a lot. I got stereotyped a lot. It was hard," said Easley.

She says the overwhelming feeling was that she didn’t belong.

“I think the hard thing about it is that a lot of the times, it's more like micro-aggressions than it is just straight-up like blatant racism," said Easley. "Just like the day-to-day things where you can't quite put your finger on it. That's kind of the most damaging. When I was a kid I didn't really understand the dynamics of race or gender or really any of that, and so I just took it to mean that there was something inherently wrong with me.”

Eric Tang, the director of the Center for Asian American studies at UT Austin, says Easley's experience is far from unusual.

“What I'm seeing is the impact of a generation that has been told that the racism they're experiencing, isn't racism at all, that it's all in their heads," said Tang.

Easley says the problem is reinforced by institutions. She’s the executive director of the Austin Asian Community Health Initiative, a nonprofit that helps people of Asian descent access health care.

She says most of their clients are low-income immigrants who often don’t speak English.

“The fact that we can’t even change a menu option to provide the language that they need in order to get an appointment for their diabetes medication, for their flu shot…I feel so frustrated with the situation because it's like we, our institutions communicate at every level that Asian lives are not as valuable as others," said Easley.

Anti-Asian racism in the U.S. goes back generations, from the 1882 Chinese Exclusion Act, to the internment of Japanese Americans during World War II, to today.

“For the past year we've, Asian Americans have lived in a climate of rising anti Asian rhetoric, hatred and violence," said Tang. "One of the distinct characteristics of anti-Asian violence is that it's not taken seriously. That Asians aren't looked at as people who really suffer from racial oppression. One of the things that we have to brace ourselves for, in addition to the violence itself, is the gaslighting. The being told that this isn't really a hate crime. This isn't racism, this isn't misogyny. We can't even be fully available to ourselves, because the rest of the public is telling us that what we're feeling isn't real. And I think that's part of the violence that defines anti-Asian racism."

Through her job, Easley works with the people who are most vulnerable to these types of attacks.

She says she feels heartbroken, but also angry that it took a man shooting and killing eight people in Atlanta, including six working class Asian women, for society to recognize the reality of anti-Asian racism today.

“There doesn't have to be verbiage to identify something as a hate crime when it's very clearly targeting a certain group of people," said Easley. "It’s unfair, it’s unjust. I also feel fear, you know, like fear for myself and also my sister and my, my team. Most of them are Asian American and most of them are women.”

Moving forward, Easley says, "Listen to Asian Americans when they do speak out,” before more lives are lost.