AUSTIN, Texas – The Austin Police Department is warning car owners about a rise in catalytic converter thefts across the city.

Police say the converters contain precious metals like palladium and rhodium, which have increased in value over recent years. 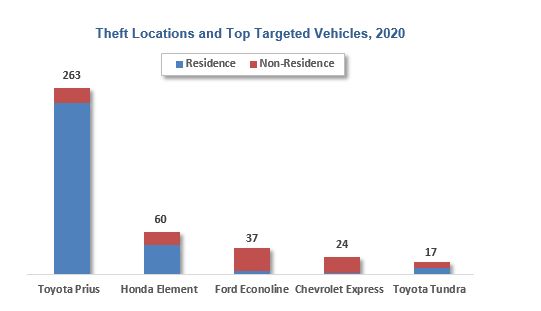 The five most targeted cars included the Toyota Prius, the Honda Element, Ford’s Econoline, the Chevy Express, and Toyota Tundras.

Most of the thefts happened near the car owner’s home.

Officers say there are things you can do to prevent the thefts on your vehicle, including:

Austin isn’t the only area that has seen a rise in catalytic converter thefts. Last month, the New York Times published a piece saying the thefts were up nationwide.

The Dallas Morning News also published a report this month saying police in Irving, Texas, were turning to the Texas Legislature in hopes of making it harder for people to sell the converters without proof of ownership.