TEXAS — At first glance, the Central Texas Pig Rescue appears to operating problem free. Walking past the gate and up the dirt road you’ll find a number of pigs lounging beyond the fence. Donkeys and goats might nibble at your kneecap, asking for a pet as you make your way to the pig enclosure. Volunteers walk by some man-made winter housing to fill a different pen with some hay.

“We’re adding hay to houses for bedding. We typically use straw but it’s been a challenging winter. Our suppliers are out of straw,” Dan Illescas said.

"We have them separated into little community pens based on their behaviors, personalities, dietary or medical needs," Illescas said. 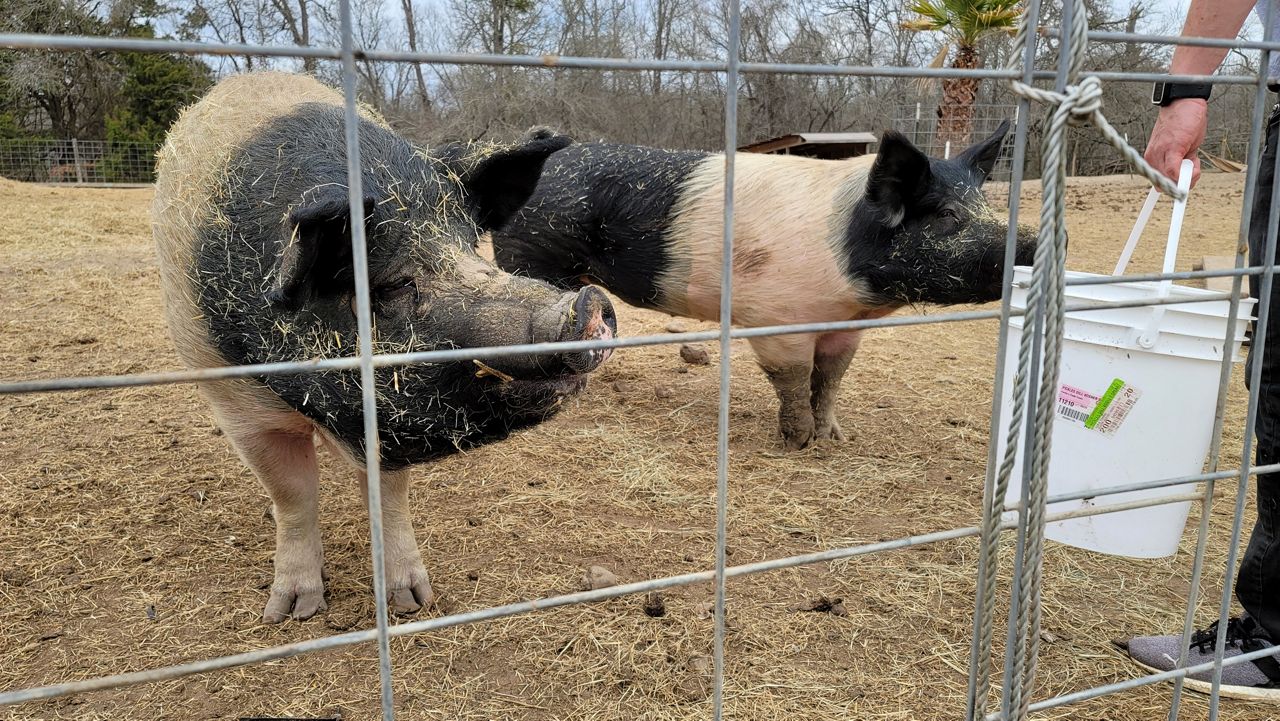 In reality, the pig pen is packed. The Central Texas Pig Rescue hasn’t been able to take in a pig since January 2019. But that hasn’t stopped people from reaching out to the organization for help.

“Every single week we have request from people who are in a desperate situation to get rid of their pig,” Tracey Stabile said. “If we can help, we seek a home for them quickly so they’re not here and creating long bonds with other pigs.”

Stabile, a managing member of the rescue, says that’s exactly why they have so many pigs. A large portion of their pigs were part of a cruelty seizure in 2018 in Caldwell County. She adds that pigs create strong bonds with other pigs over time so it’s difficult to remove them from their environment for adoption like dogs or cats. 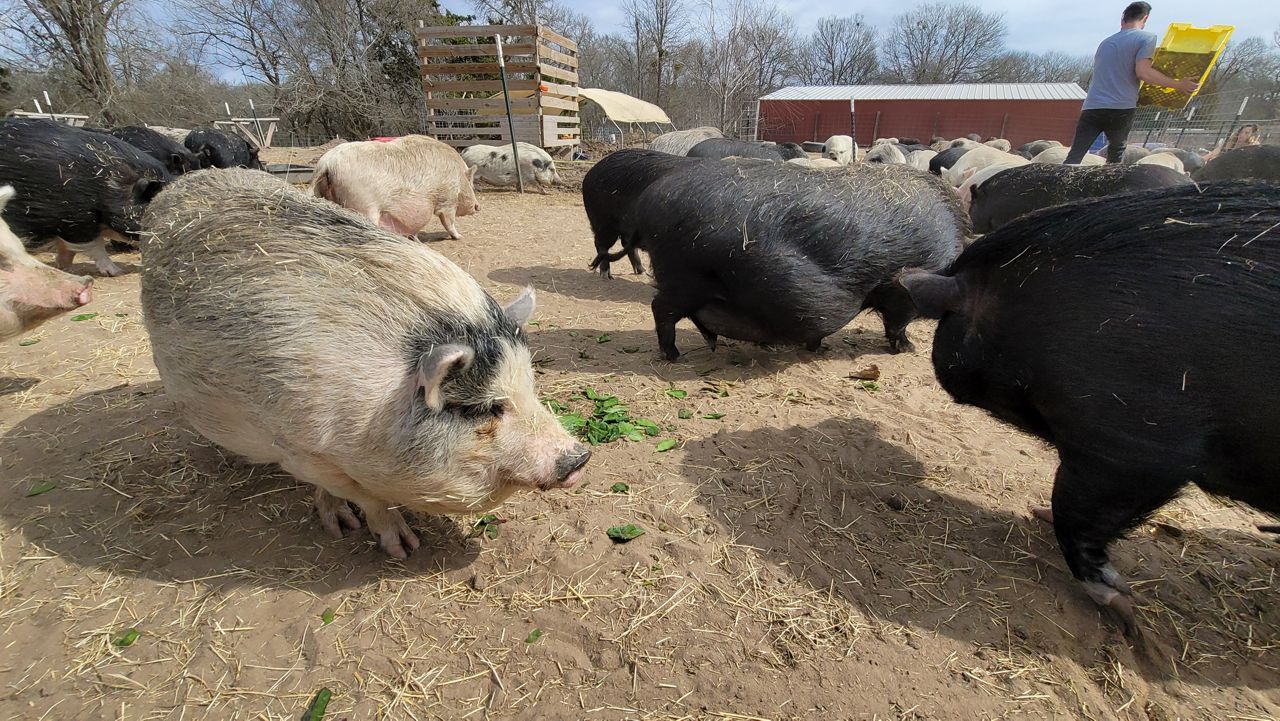 Add the requirements necessary to care of a pig, which by most municipalities is considered livestock, and adoption is out of the question.

The rescue has been looking to move its animals to a bigger property since last year. They’ve managed to raise around $70,000 so far with a goal of $100,000 but that only covers a down payment.

It doesn’t cover other things like moving pens and building a fence on the new property.

“What we’re finding when looking at properties is it comes down to pick two out of three. We need something close, we need something in our price range, we need enough acreage without it being too much,” Illescas said.

An ideal property would include other things that are either man-made on the current property or don’t exist. Illescas is looking for locations with natural ponds, a dry creek, natural vegetation for feeding and other qualities that will provide an ecosystem to help pigs thrive.

The skyrocketing housing market in Austin isn’t helping. Illescas says it’s pushing people out of the city and builders are buying up land outside of Austin. 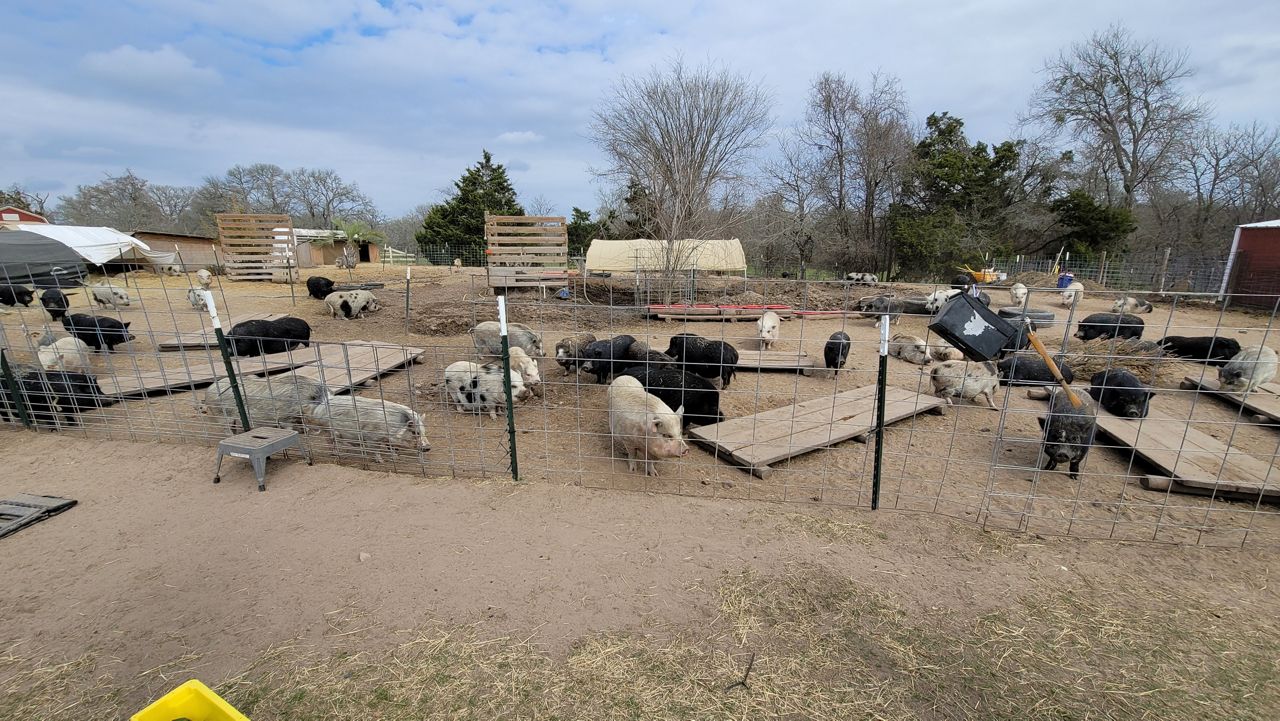 “I’m terrified we’re going to find the perfect property and we’re not going to have enough funds,” Illescas said. “That’s going to be a tragedy because the reality is that at the rate real estate is going right now we will probably find ourselves priced out.”

Despite some success fundraising, the pandemic has definitely affected donations. The pig rescue is used to having upwards of 30 visitors every other week, but for now only offer private visits.

“A lot of people donate when they stop by and visit the pigs because they see them in person. It’s something you just can’t replicate or do virtually,” Illescas said.

If donors can’t send money, the rescue accepts other donations to help with costs. The rescue regularly feeds the pigs expired vegetables. In October and November, old pumpkins help keep the pigs bellies full and this time of year Christmas trees are on the menu. Old trees provide a minty treat for the animals and have deworming properties.

No matter the circumstances, Illescas’ will to keep helping animals won’t waiver. If he can’t find the perfect property, he says he’ll probably have to settle for what’s available. But it will only be a temporary solution.