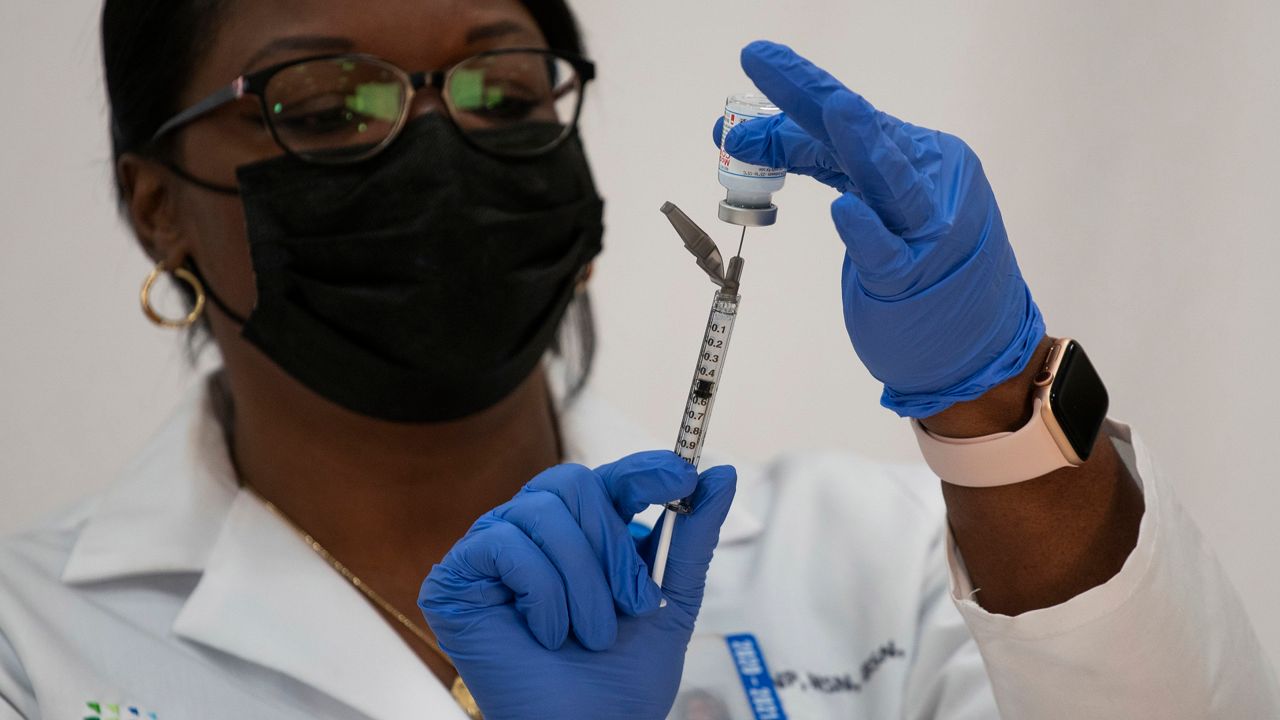 A nurse gets ready to administer a COVID-19 vaccine. (Associated Press)

AUSTIN, Texas — More than 100,000 people in Texas have received the first dose of the coronavirus vaccine, and that number is growing daily. But health experts are still worried about convincing enough people to get the vaccine as misinformation around it spreads online.

In general, attitudes toward the vaccine have grown more positive as people receive it and complications prove to be rare. Polling done earlier this month by the Kaiser Family Foundation show that about 71% of respondents said they would get the vaccine. That's up from the 63% who said they would in a poll done in September. Many health experts say that at least 75% of people must be vaccinated to create herd immunity.

Even so, social media companies are struggling with how to stop the spread of false information. A study done this summer by the Center for Countering Digital Hate found anti-vaccination supporters are growing, with 150 of the largest groups gaining 8 million followers since January.

Tech companies have been working to combat misinformation by flagging false claims, and in some instances, taking down those groups altogether.

Koltai said while it’s on tech companies to flag these false claims, everyone can help stop the spread of misinformation.