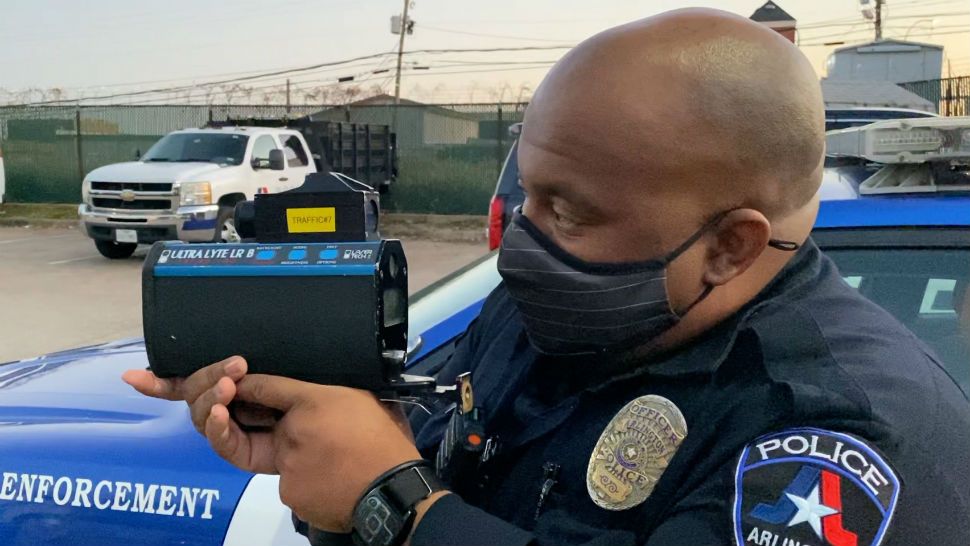 ARLINGTON, Texas — From October 31 to November 8 officers with the Arlington Police Department made 130 DWI arrests.

One of those officers responsible for making sure the streets stay safe is Officer Darrell Gordon. He’s served with the Arlington police for the last nine years, the last five of those as a member of the department’s DWI Enforcement Unit.

“I love it, I think God put me in this position to do this job,” he said. “I think this is my calling. It's my duty to go out here and to not only protect my family but to protect your family as well. That's my passion to make sure everyone is safe.”

It’s that passion for the job that has recently got him recognition. The organization Mothers Against Drunk Driving Spotlighted Gordon in their monthly Roll Call newsletter for the more than 160 DWI arrests he’s made since the beginning of the year.

Tarrant County is cracking down on reducing the number of DWI arrests. On October 21, the Tarrant County Criminal District Attorney’s office announced in a news conference the county is now no refusal. That means drivers pulled-over for suspected impaired driving who refuse to take a routine breathalyzer test will be subject to a court-ordered blood test instead.

The no refusal program began as a special effort launched around the holidays when people were most likely to drink and drive. Now it is in effect year-round across Tarrant County and in all of its 41 cities.

“Times have changed,” Tarrant County Criminal District Attorney Sharen Wilson said. “In the past, we focused on specific weekends. Drinking and driving is a full-time challenge. Our police chiefs agree it is best for our community and the safety of our citizens to be no refusal all the time.”

Gordon says the number of injuries and deaths he’s encountered over the years magnifies his passion for the job.

“Think of your family, put your family in that position. Would you want your family members to be hit by another individual who’s intoxicated, and I know everybody's answer would be no.” he said.

Gordon says people should remember a first offense DWI is a Class B misdemeanor, which comes with a fine of as much as $2,000 and up to 180 days behind bars.

If you have an interesting story or an issue you’d like covered, let us know about it. Share your ideas with DFW Reporter Lupe Zapata: Lupe.Zapata@Charter.com