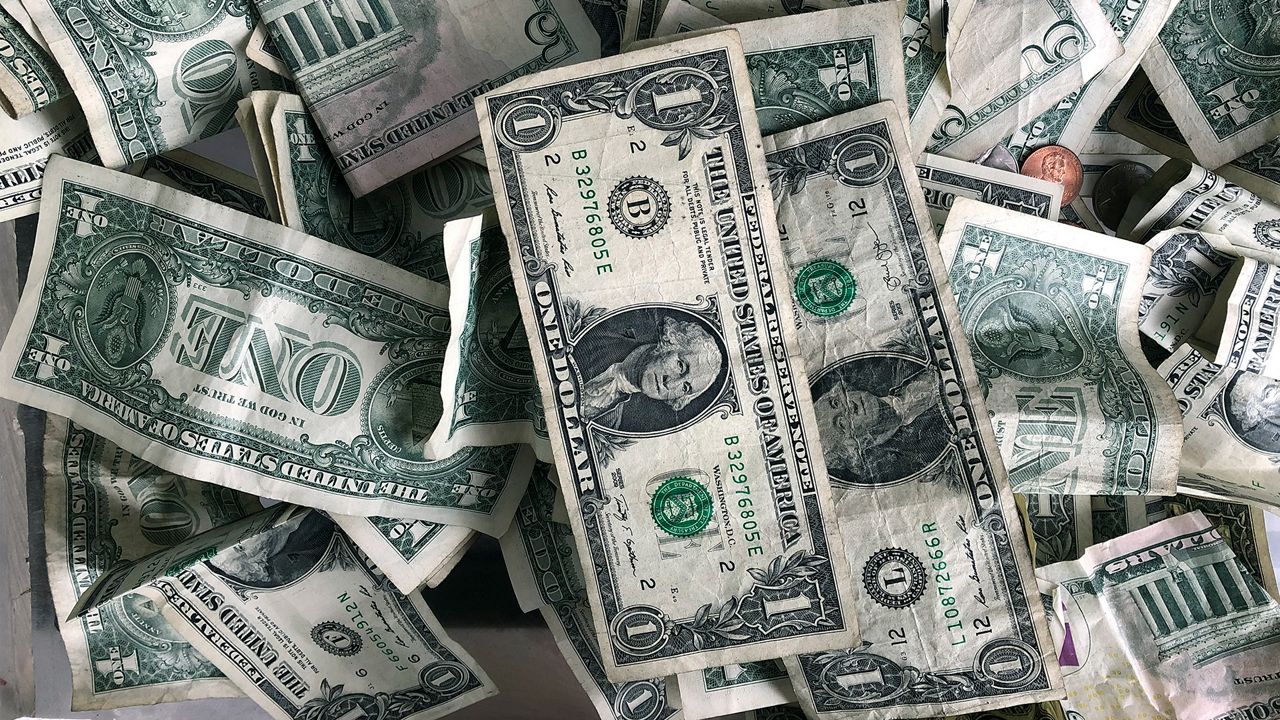 Democrats Outspend Republicans in $14B Election, The Costliest in History

TEXAS — This election was the costliest in history, that’s according to a report from the Center for Responsive Politics a nonpartisan nonprofit tracking money and influence on elections. The total cost of the races for the White House, Senate and the House is an unprecedented $14 billion, more than twice as expensive as 2016.

The biggest driver of political spending this year isn’t shocking. It was the neck and neck presidential race and the Democrats have poured the most money into Biden’s campaign. Overall, Democratic candidates and groups have spent $6.9 billion, compared to $3.8 billion for Republicans.

We'd previously estimated that the 2020 election would cost $11 billion.

We've reevaluated—It now looks like total cost of the 2020 election will be closer to an unprecedented $14 BILLION.

According to an NPR report, the two presidential candidates spent more than a billion dollars combined on television ads. Most of that money was spent by Democrats, around $600 million to be exact. While Trump's campaign spent a little over $400 million, which is no small feat, the money was also concentrated on about 6 states nationwide. Almost 9 out of every 10 dollars was invested in battleground states like Florida, Pennsylvania, Michigan, North Carolina, Wisconsin and Arizona. In those states alone Biden outspent Trump by around $240 million.

Crayton Webb with Sunwest Communications said the costly attack ads were everywhere, and they did what they were supposed to do: get people to vote.

"Most political advertising is negative and it's scary. Right? So what they're hoping to do is get their fans and supporters off the couch, amidst a global pandemic to go stand in line, preferably this year, to vote early and to vote for them,” Webb said. "Because it's not a matter of, ‘Please support me.’ There were very few undecideds in the 2020 election. It was more a case of, ‘Get up and come vote because if I don't get the turnout, your candidate’s not going to win.’ It's all about turnout."

Webb said the majority of people already knew which candidate they were voting for, but still, Biden and Trump had to spend a lot of money to ensure people showed up to the polls.

"You had folks like Bloomberg, individuals who were adamantly opposed to Trump, President Trump and were very public about it. And I think, Bloomberg is going to spend something in the tune of well over $150 million of his own personal money in his effort to defeat Trump,” Webb said. "And of course you had just as many people on Trump's side trying to spend as much money in order to defeat Biden. But again, was it to convince the folks who were undecided? No, it was to convince the folks who were already decided to actually come out and vote amidst a global pandemic."

Biden will be the first candidate in history to raise $1 billion from donors, riding the Democrats’ enthusiasm to defeat President Trump. Retired University of Texas at Arlington political science professor Allan Saxe says it may shock the public to see Democrats tipped the scales to their side when it comes to overall spending, but that doesn’t guarantee a win.

"Sometimes money is not always the perfect equalizer or is as effective as people think. Without money, it’s difficult to even get to first base. And even with money, it may not win you the election. But the Democrats outspent Republicans this time, pretty close to two to one, in some places. So all the conventional wisdom that it’s the Republicans who have all the money, ain't true. They do have some money. But it is the Democrats who have all the money,” Saxe said. "In coming elections, the amount of money spent may just skyrocket. So this, I think the amount of money, total was in the billions for Democrats and Republicans. And I think in the years to come, it'll be that much as well."

In Texas, Saxe said money poured into the state legislature because redistricting, the process of redrawing political maps after the census count, is on the horizon.

"The state legislatures draw the redistricting lines. And now we're going into a new era, whereby we're going to redistrict. And so it's very important for legislature to have that influence on redistricting,” Saxe said. "So here in Texas, we have a Republican legislature, republican governor, but redistricting is coming up. So a lot of money came into Texas to try to influence our house of representatives and the State Senate. I believe they remained Republican, but there were some tough races. So that's where the money came in. So some of these people, very wealthy individuals and PACs, political action committees, in other states are very smart about where they want to target the money.”

Some other notable facts from the report were the amount of people donating less than $200 accounted for a larger chunk this year than in 2016, and there was also a rise of female donors, with the report stating the majority of that money went to Democrats.