Tiffany Butler, known as the "Dumpster Diving Mama," surveys a find in this image from October 2020. (Chris Grisby/Spectrum News)

AUBREY, Texas — Tiffany Butler has taken the old phrase "One man's trash is another man's treasure" and turned it into her main source of income. For nearly four years, the Denton County mother has ventured out nearly every day to see what treasures are awaiting inside of dumpsters around the Dallas-Fort Worth area.

In the age of social media Butler has gained a large online following by taking her customers along on live journeys to see how she locates and sells an assortment of products found in the trash.

"I'm still shook myself,” said Butler. “I never thought that people would be so interested in it because most people are disgusted with it.”

Butler, also known as "Dumpster Diving Mama," says she brings home more than $30,000 a year just from selling the items she finds. Whether it's pet supplies or books, Butler has had no trouble selling or donating the items she hauls from the trash.

“Dumpsters get a bad reputation,” said Butler. “It kind of irritates me that they think it all should be just thrown out, and at least not just given away to prisons, or nursing homes, even like little schools that can't get funding for new books.” 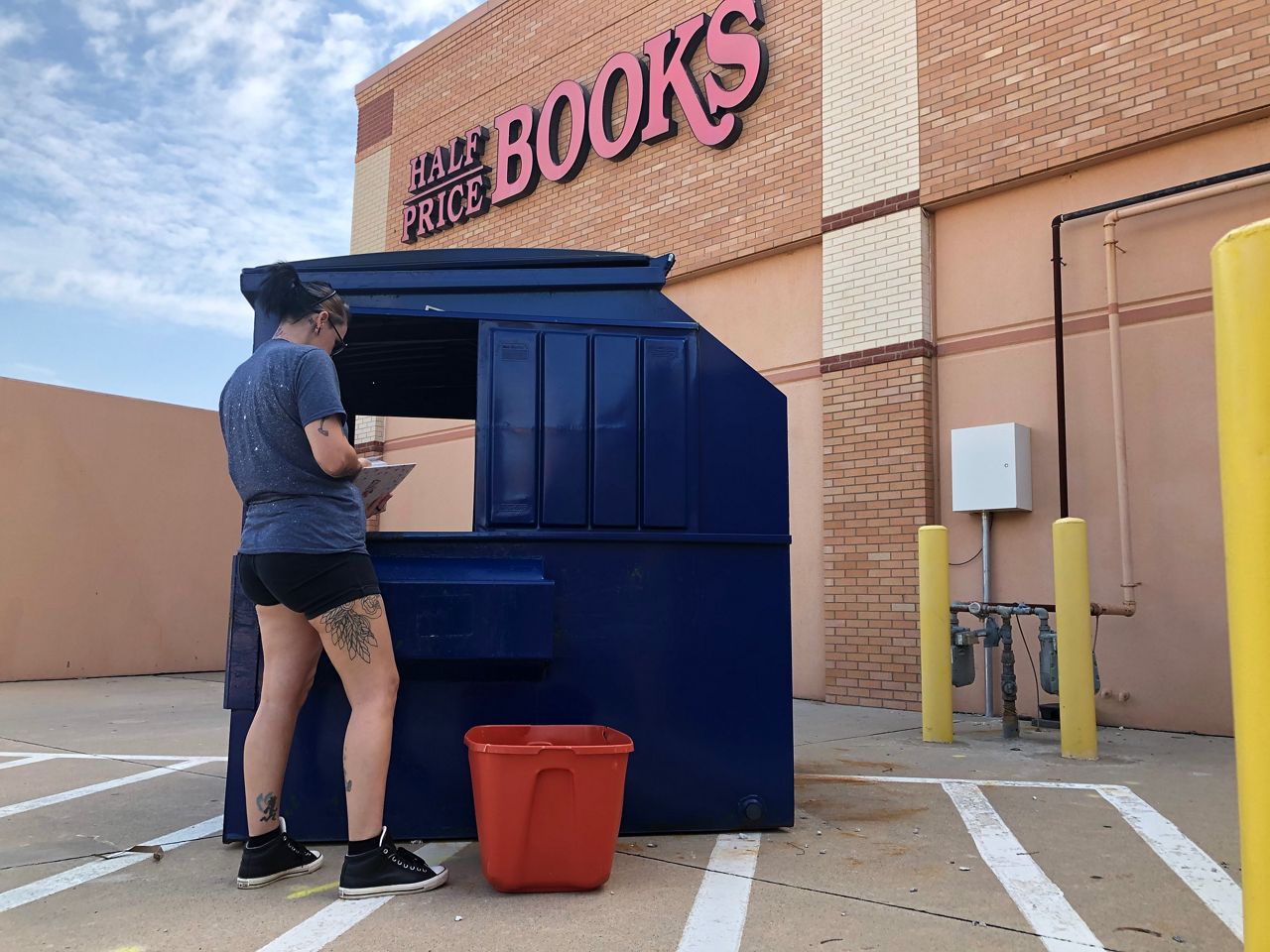 Tiffany Butler looks over finds at a dumpster located outside of a Texas Half Priced Books store in this image from October 2020. (Chris Grisby/Spectrum News)

After years of learning the ins and outs of dumpster diving in Texas, Butler has grooved herself into a routine of knowing when the best time is to go and seek out trash that she can later resell on sites like OfferUp, Poshmark, and Facebook Marketplace.

Butler says her dumpster-diving adventures started off as a hobby, but as she found valuables like furniture and expensive make-ups, she knew she had a self-sustaining business on her hands.

“A lot of people can't afford all of this stuff, especially single moms,” said Butler. “Parents who work 9-5 and can't pay the bills, this is also a really good way to provide stuff for you and your family.”

Butler said anyone hoping to score big off of nearby dumpsters in his or her neighborhood should first become familiar with the laws and ordinances surrounding dumpster diving in their cities.​ To see more how she does it all, you can visit Butler's website, www.dumpsterdivingmama.com. 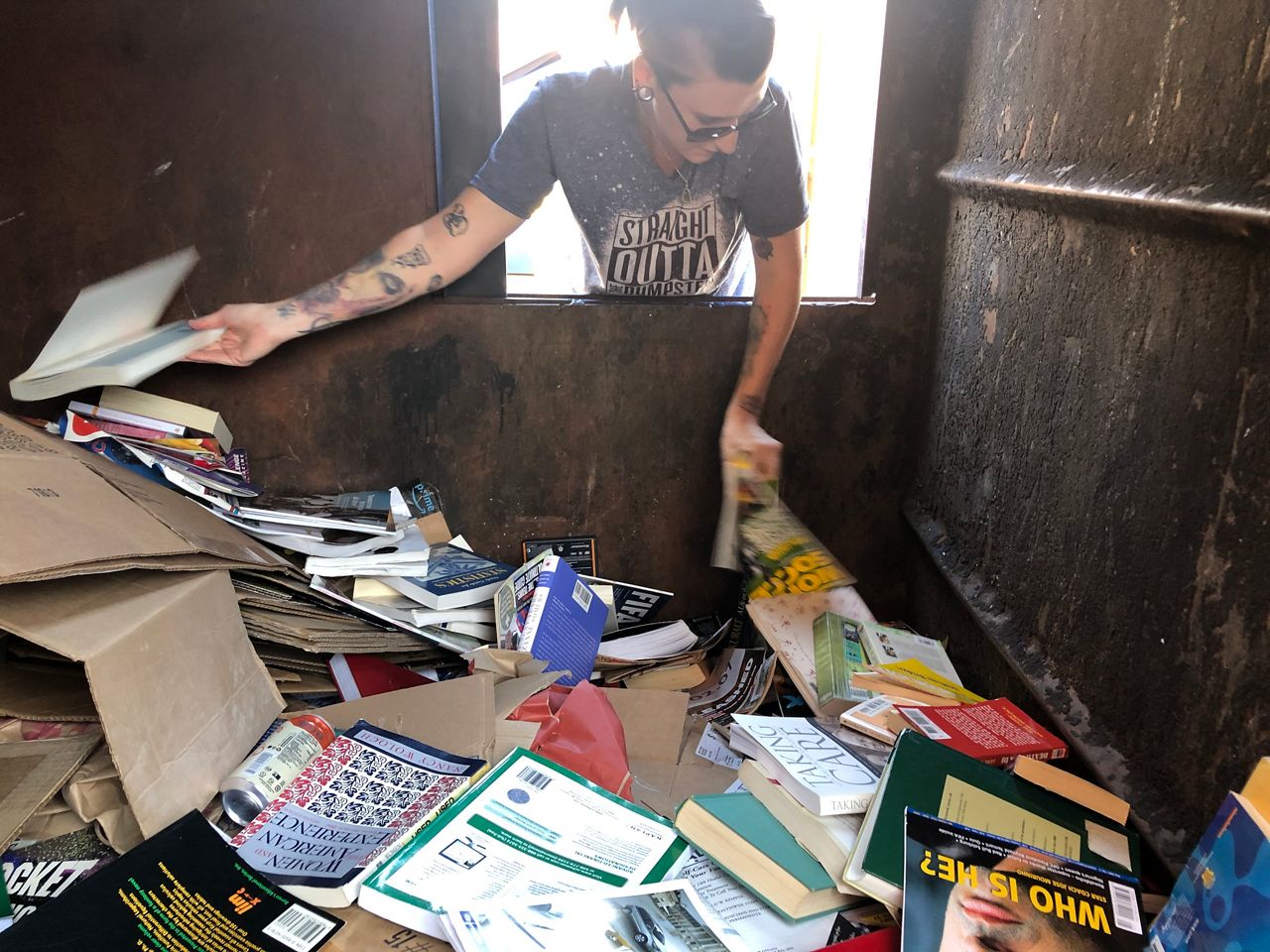 Tiffany Butler looks for treasure in a Texas dumpster in this image from October 2020. (Chris Grisby/Spectrum News)