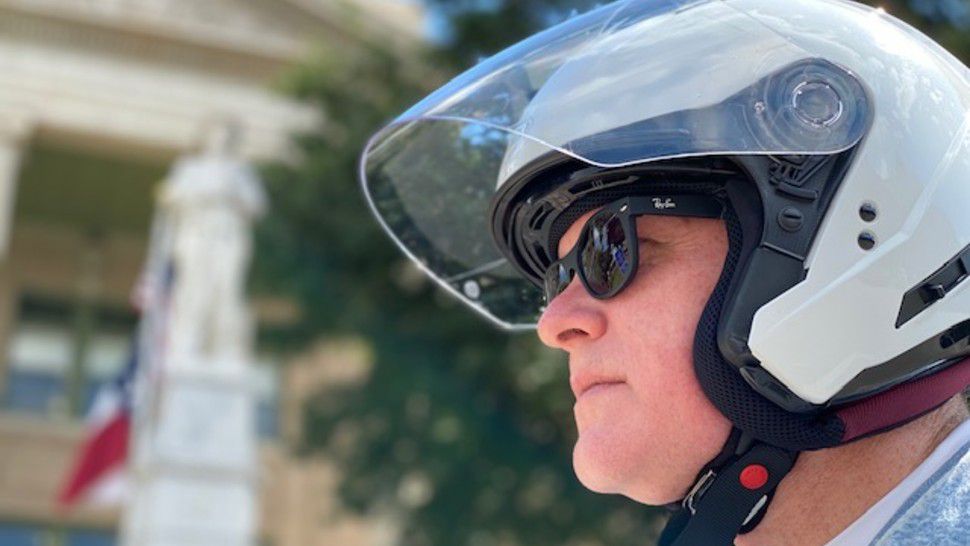 TEXAS -- Conversations about race continue across the nation following protests in the wake of the death of George Floyd while in the custody of Minneapolis police.

In Texas, one man has made it his mission to learn more about race and race relations, all while on a motorcycle. You could say Blane Conklin is on a Texas-style journey. He’s visiting every county in the state, on two wheels.

“I’m gonna prove I was there by taking a photo in front of the country courthouse,” Conklin said.

Conklin has so far visited 200 courthouses. What started as a laid-back ride has turned into a history lesson.

“I love the natural beauty. I love the diversity of cultures and peoples,” he said.

However, Conklin was surprised by something he discovered in dozens of Texas counties.

“About 40 courthouses in Texas have some sort of Confederate monument. It wasn't about honoring history, it was about maintaining these systems and institutions of racism,” he said. “That’s what these monuments are about.”

Conklin thinks the statues need to come down. It’s been an ongoing debate in Williamson County for years. While some believe the statute located outside the courthouse should be removed, others say you can’t erase history by tearing it down.

“We don’t need a statue to learn about history. The statue is about honoring a period that was a national tragedy,” Conklin said.

Conklin said his trip has made him believe there is a better understanding of the issues by Texas than in years past.