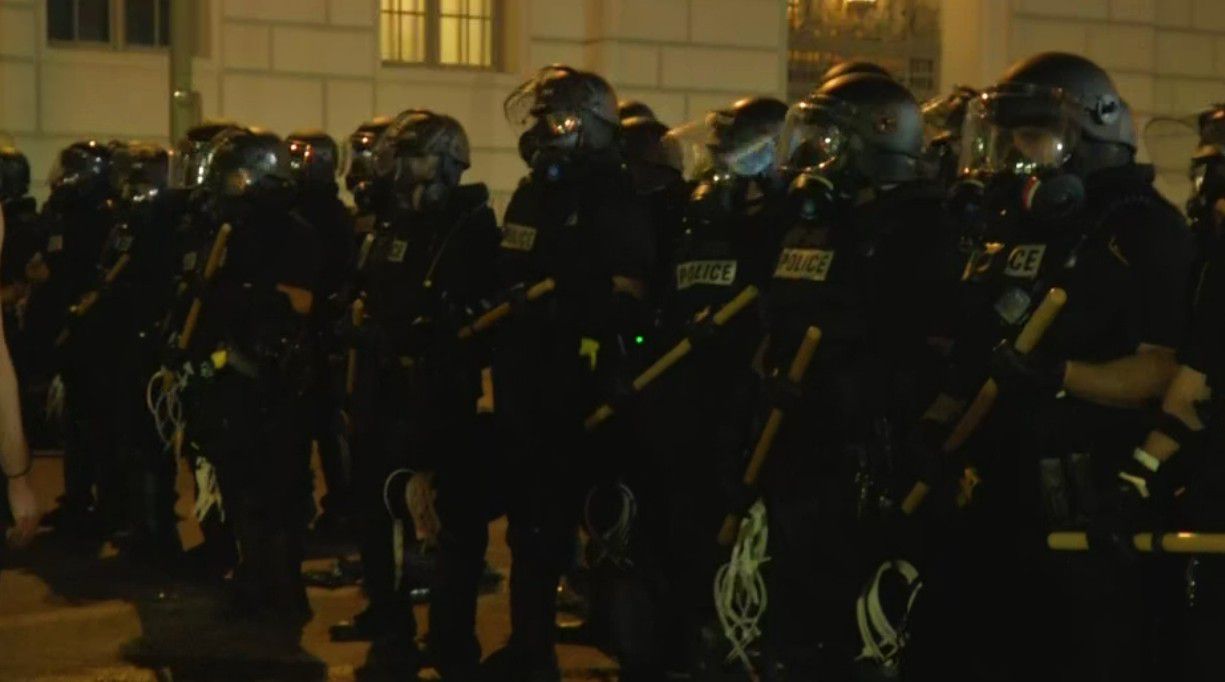 SAN ANTONIO – A peaceful protest scheduled on Saturday evening to remember the life of George Floyd and other people who have died as a result of police brutality turned violent into the late evening.

The original protest started at 5 p.m. in Travis Park, where hundreds gathered to hear speakers chant and activists talk about the life of Charles Roundtree Jr., an unarmed black San Antonio man who was fatally shot by a San Antonio police officer.

The group grew into the thousands as they marched through the downtown area. The City of San Antonio estimated more than 5,000 participants.

Around 10:30 p.m., rioting began downtown near the Alamo where fully-suited police officers blocked protestors from the area. Tear gas and rubber bullets were also used to deter protesters. Windows were broken and walls were tagged in the downtown area. Some store owners rushed to board up their stories in an effort to prevent damage.

.@SATXPolice is pushing people away from Alamo plaza by deploying tear gas and rubber bullets pic.twitter.com/mj3qAwhv2l

Tear was thrown in our direction after two men got into an altercation in the middle of the East Houston street. pic.twitter.com/isCRJ3Bgqz

Following the rioting, a fire was set to a probation office around midnight. According to the San Antonio Fire Department, someone broke into the probation office and set the office on fire. The fire was quickly put out by the sprinkler system and contained to the one room.

Arson was called to the scene but damages were not disclosed. The investigation continues.

Floyd died Monday, May 25 after a Minneapolis, Minnesota, police officer knelt on his neck for nearly nine minutes in a graphic video that has spurred anger across the country. Officer Derek Chauvin was arrested Friday for third-degree murder and manslaughter. He was fired from the department, along with three other officers who were involved in the arrest.