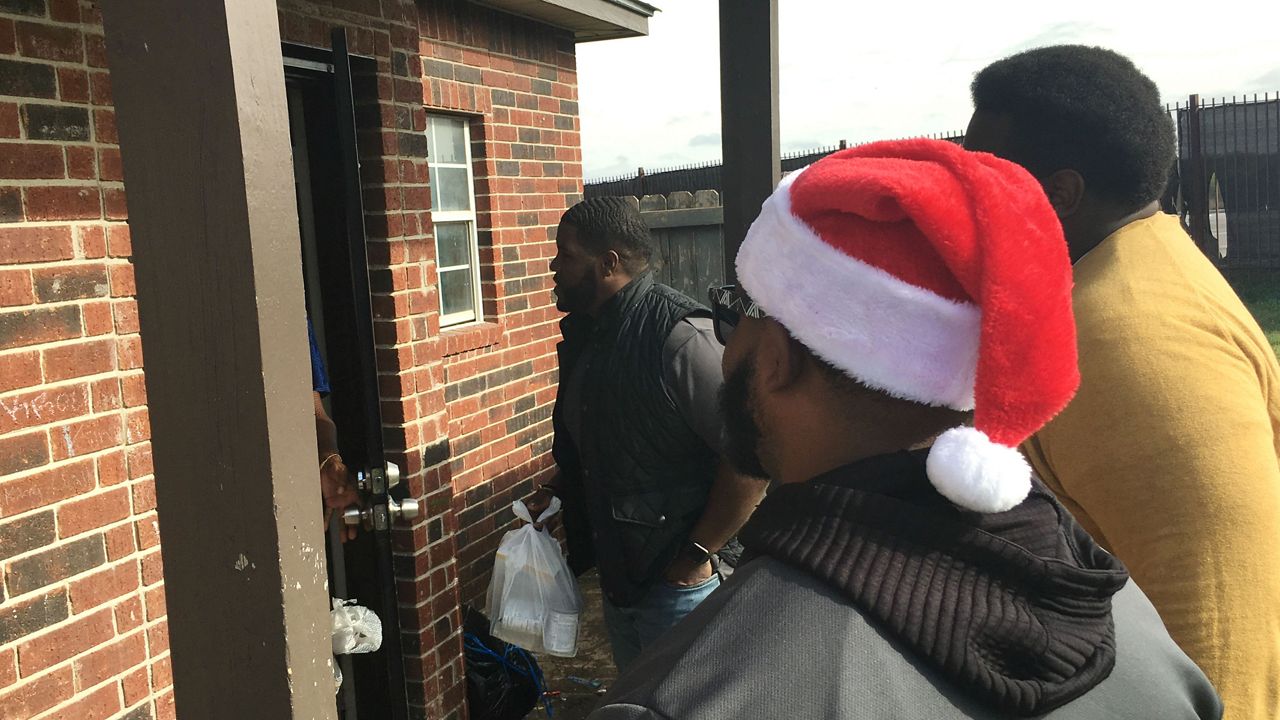 The Northeast Bridge Builders handing a bag of food to a low-income family. (Spectrum News)

SAN ANTONIO – While the country was recovering from riots sparked by Michael Brown’s death in 2014, five former Roosevelt High School football players decided it was time they take a proactive approach to bring support to their community.

The organization raises money every year for Roosevelt and its feeder schools, but also created programs that provide scholarships and community food programs.

“It is a very diverse community, both socially, economically, racially, politically,” McFall said. “I think it was just an area when we grew up. It was a very tight-knit community and we’ve seen a lot of that deteriorate over the years.” 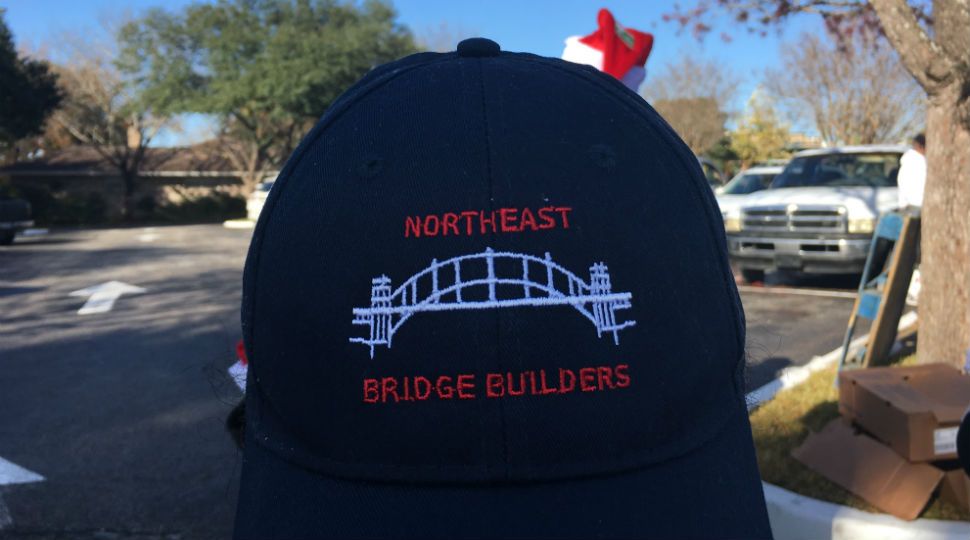 Every year the nonprofit has an annual holiday food drive where it delivers turkeys and sides to low-income families on the Northeast Side. This year, the Bridge Builders were able to nourish 200 people.

Brandy Moore and her six sons were one of the many families that received food, and said she was moved by the Bridge Builders.

“I know this area is tough and I have six sons so I see the way that it can turn from good to bad easily with guys,” Moore says. “So if they came from this area, and they are helping, it’s wonderful— wonderful, wonderful.”

One of the organization’s biggest fundraising events is its annual golf tournament, which raised $8,000 this year. After the tournament the organization handed out a pair of $2,000 scholarships to its essay contest winners.

“Both of our recipients were great — from different walks of life and different circumstances,” Sanchez says. “I’m looking forward to doing that again next year.”

After raising $15,500 in 2019, the organization will be able to hand out even more scholarships in May.

It’s all to spread Christmas cheer. Volunteers will be going house-to-house throughout the day to provide over 250 families with holiday foods! 🎄#MerryChristmas pic.twitter.com/cOBw5HldVf