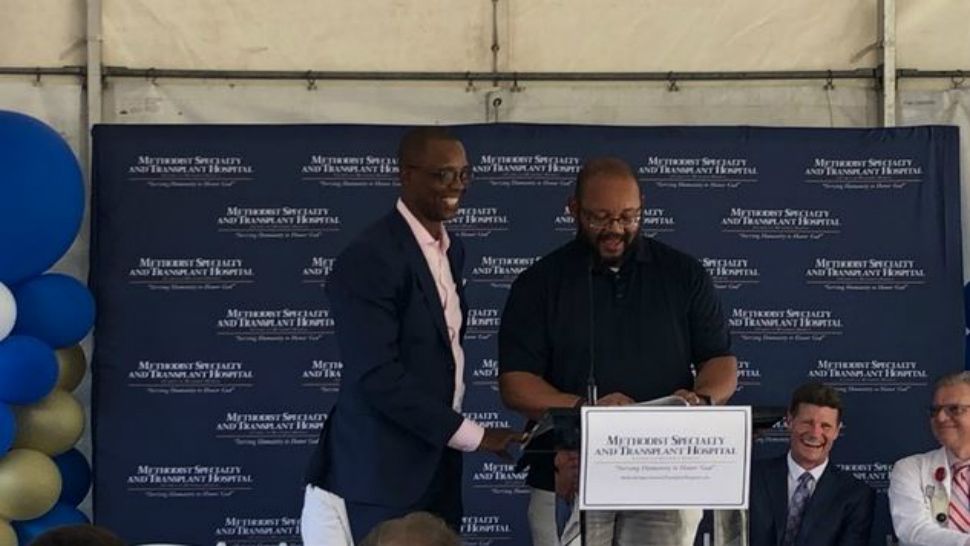 SAN ANTONIO -- Just over 20 years ago, the Spurs won their first title with the Memorial Day Miracle. Then, two months later, forward Sean Elliott was at Methodist Specialty and Transplant Hospital receiving a kidney transplant.

On Thursday afternoon, now-retired Elliott and his brother, Noel Elliott, who donated the kidney, celebrated the 20th anniversary of the operation at the hospital with their surgeons.

But this one transplant did more than get an NBA player back into the game the next season. It inspires others to donate when they can.

"It was an incredible feeling and I felt a lot of joy in my heart because I could impact my mom,” said recent kidney donor Simon Torrez. “She gave me life so it's an amazing thing that I can give her life back."

Just last month, Torrez gave his mom a kidney, and as a lifelong Spurs fan he was motivated by Sean Elliott’s procedure. After brushing up on the facts, Torrez even chose the same location for the operation.

“I was very young [when Elliott had his transplant] so I had to do a little more research, so thank God for the web,” Torrez said. “He’s probably the reason why I wanted to do it at this hospital specifically.”

here he is, looking healthier than ever, with his donor, his brother noel: pic.twitter.com/JUCqogznku

Torrez’s mother is still recovering in the ICU, but he can look to the Elliott brothers for inspiration. Sean Elliott says his brother’s gift of a kidney was just one of the many ways he’s helped him throughout his life.

For anyone considering donating an organ, Torrez and Noel Elliott have simple advice:

“Just do it. When you come out on the other side, you’ll question why you were ever nervous in the first place,” said Noel Elliott.

“It’s very impacting to give life back to whoever it may be,” Torrez said.