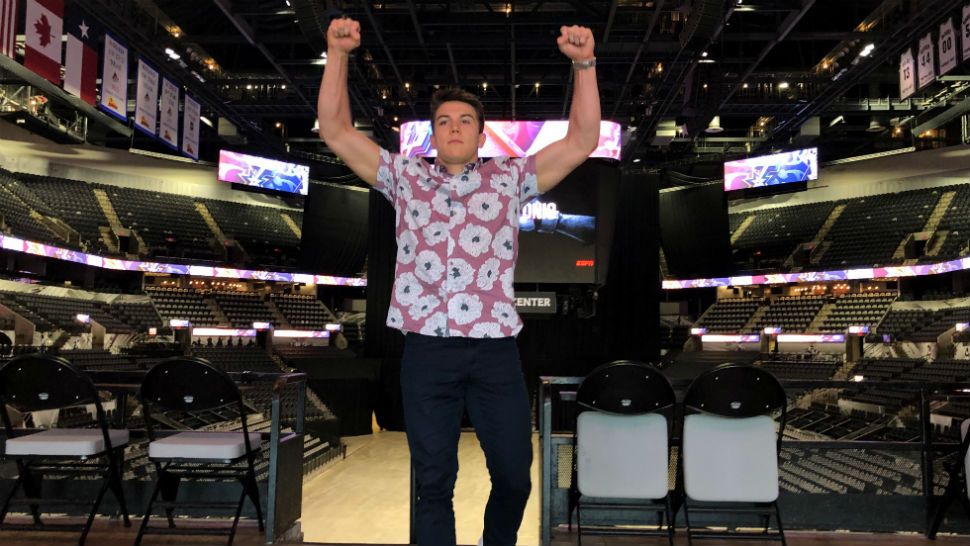 “You have to be completely invincible, unstoppable,” Hernandez, a UFC fighter from San Antonio said. “You have to know you’re the greatest in the entire world. I’ve never doubted that for a second.”

As the 13th ranked lightweight in the world, he’s not too far off. After trading in his business degree to fight in the Octagon, the Reagan High School and UTSA alum plans to be the next super star athlete to represent the city.

“San Antonio is kind of a sleeping giant and people just don’t know enough about it because of our exposure on the national and global level,” Hernandez said.

At next month’s UFC Fight Night, the lightweight will take on 40-year-old Brazilian Francisco Trinaldo at the AT&T Center.

“It’s terrifying. You’ll never be so anxious, nervous, uncertain of anything in your life, as you will be locked inside of a cage with an assassin across from you, who’s been working as hard as you have with one goal in mind,” Hernandez said. “You’re trying to steal each other’s dreams.”

At 5-foot-9-inches, Hernandez has the build of a lightweight, but his trainer says there’s a lot more to the sport than physical fitness.

“They have to be extremely intelligent. It’s not just two dummies throwing bombs and trying to do their thing,” said Jason Yerrington, owner and founder of Ohana Academy and Hernandez’s head trainer.  I think it’s really one of the best depictions of physical chess.”

Yerrington estimates about 85 percent of a fight is mental.

Hernandez is adamant that he’ll always train at Ohana Academy, the same gym he’s belonged to since he was a teenager.

A little over a year ago, Hernandez had a self-described “quarter-life crisis.” He quit his job as a mortgage loan officer to pursue fighting full-time. Just a couple weeks later, he competed in his first UFC fight. With just a week’s notice, he was invited as a substitute competitor in April 2018.

“I accepted it without second thought, because these opportunities only come once in a lifetime,” Hernandez said. “You don’t have time to second guess.”

Hernandez says he wants to win “a few belts,” or UFC championships, and then retire before he turns 40. After his fighting days are over, he doesn’t think he’ll go back to working in finance.

Instead of dealing with mortgages, he’s looking at a different type of business career. Specifically, the kind that involves owning a tequila company in his hometown.