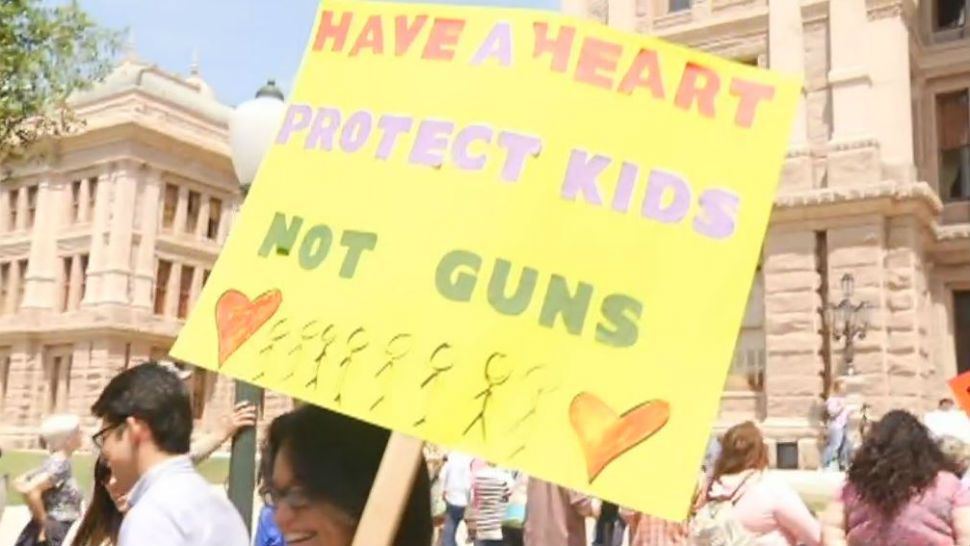 Parents are demanding stricter gun laws in Texas. The big event is being held one day before the anniversary of the deadly school shooting in Parkland, Florida. Advocates and allies of the event say school safety is the main priority.

Two Senate bills have been filed on school safety. One proposes the creation of a School Marshal Program, which allows teachers to carry guns after training and applying for a permit.

However, advocates say more guns is not the answer.

"We more fall on the side of prevention. We want to make sure guns are kept out of the wrong hands so that, when we send our kids to school, we know we're going to see them at the end of the day and nothing terrible is going to happen, but arming teachers is not the answer," said Nicole Golden with Moms Demand Action.

The other Senate bill proposes that School Marshals use a specific type of ammunition for their on-campus guns.