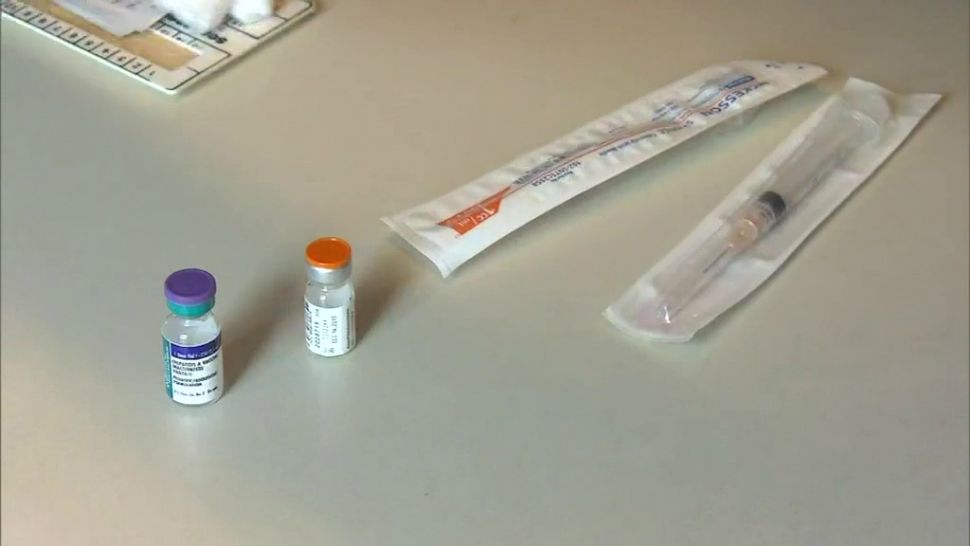 AUSTIN, Texas -- More Texas students are going to school without receiving vaccines, and because of that, some state lawmakers and advocacy groups are pushing a bill that would allow parents to find out how many unvaccinated kids are in their child's school.

The concern has led Seliger to propose a bill that would allow parents to easily get immunization information about a specific school. Currently they have to file an open records request to try to get access.

"Parents have every right to have all the information on things that potentially affect their children," said Seliger.

"So you as a parent can say, ‘Well at school A, my child has a little more protection against mumps, measles than at school B,’" said Seliger.

"Parents of these children feel very threatened that this very sensitive information about their children, even if it's de-identified, is out there," said Schlegel.

Texas is one of 18 states that allow parents to opt out of vaccinating their children because of conscience or personal beliefs. Schlegel said her group will oppose any bill that infringes on parental rights.

"Parents have the ability to make medical decisions with their chosen medical providers. That is the best thing we can do, that is best for children, it's best for health care. It's best for patients," said Schlegel.

Seliger said he agrees with the parents’ rights aspect, but that those on the other side of the debate should be able to choose a school based upon immunization rates.

"It's not intended to be a violation of privacy, it is a simple public health issue," said Seliger.

According to a study published in the Public Library of Science last year, four Texas cities have been identified as national hot-spots for non-medical exemptions in schools: Houston, Fort Worth, Plano and Austin.