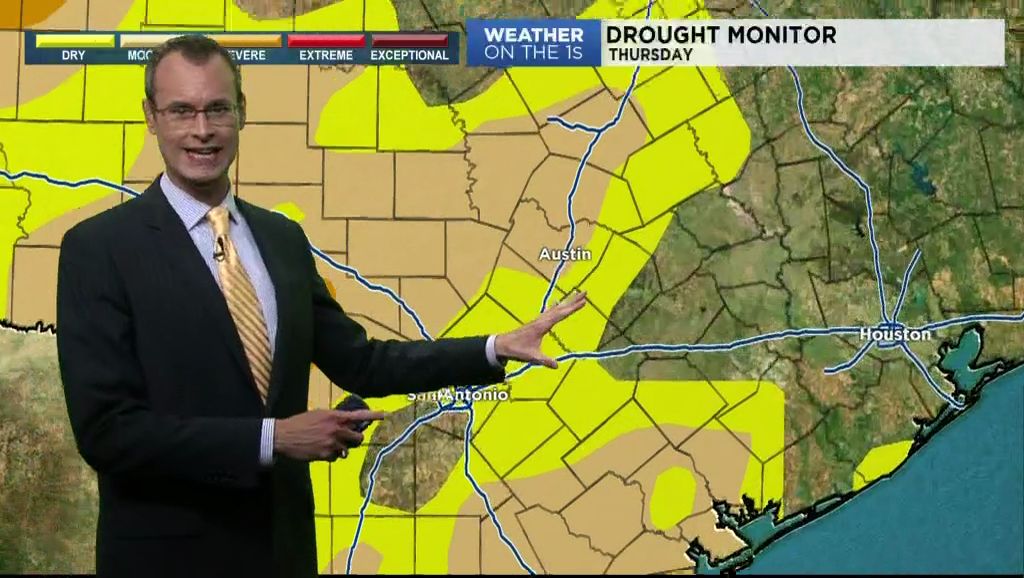 Drought conditions started to creep back into our part of Texas during the past couple of months, but recent rains have helped provide relief.

Heavy storms produce flash flooding across San Antonio during the final week of March, completely eliminating a small rain deficit that had crept up so far this year, and the Austin area eliminated at least two-thirds of its 2018 rain deficit in the past week, as well.

Before the rain, San Antonio had "moderate" drought status yet this week's update of the Drought Monitor shows an upgrade to "abnormally dry" conditions across much of Bexar Co.

Austin saw a rain deficit of more than three inches a couple of week ago but, thanks to last week's rain, we've seen a positivie change from "severe" to "moderate" drought status.

Looking at the big picture across the Lone Star State, the worst "exceptional" drought conditions exist in the Panhandle right now.

In all, 64% of Texas was in drought last week and, thanks to the recent rain, that number is now down to 49%.

According to the latest long range forecast, much of the Southwestern US will likely be drier-than-normal as we head into mid-April.

Keep in mind, between April and May, it's typically our stormiest time of the year here at home.