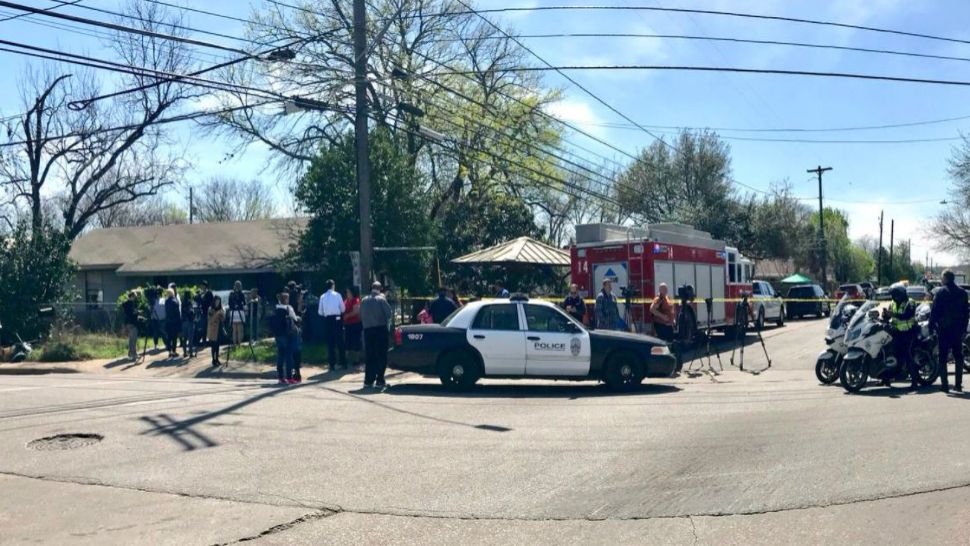 Police on the scene of a reported explosion on Galindo Street in Austin in this image from March 12, 2018. (Reena Diamante/Spectrum News)

AUSTIN, Texas – A teenager is dead and two people are in the hospital after two separate packages exploded on Monday in East Austin.

The explosions come ten days after a man was killed following a similar package explosion on March 2 on 1112 Haverford Drive.

The woman's injuries are not considered life-threatening.

The second explosion on Monday happened at 6700 block of Galindo Street around noon. A 75-year-old Hispanic woman was seriously injured after she picked up the package and it exploded. She was taken to Dell Seton Medical where she is in stable but critical condition. Manley said that her injuries are being considered life-threatening.

In all three cases, packages have been found on the front porches of homes and detonate when the residents pick up the packages.

None of the packages are said to be delivered by USPS, UPS, FedEx or any other postal service.

In an afternoon press conference, interim Austin Police Chief Brian Manley said that all three explosions are likely connected, but could not say if the victims were chosen at random or if they were targeted.

There are no suspects at this time, but FBI and the ATF is currently assisting the Austin Police Department.

APD is asking anyone with information to contact them. They are also warning residents not to open suspicious looking packages or packages that they have unexpectedly received, and are asking them to call 911 as a precaution. As of Monday afternoon, APD reported that officers had responded to more than 60 calls concerning suspicious packages.