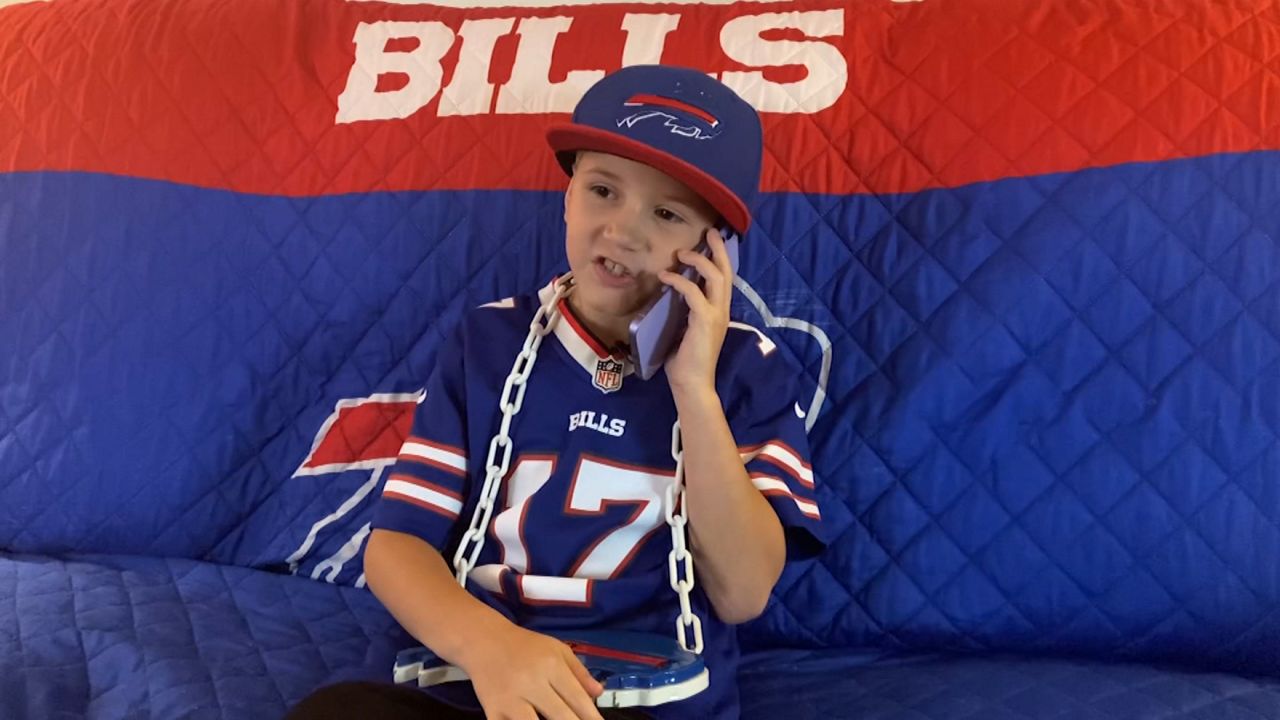 IRONDEQUOIT, N.Y. — As the Bills gear up to take on the Ravens on Sunday, Irondequoit’s "Bills Kid" is getting ready to cheer his team on.

Carson Gaspar is a 7-year-old Bills super fan. His alter ego is The Bills Kid.

With the help of his family, he started making funny videos about the team a few years ago, sparked by another social media sensation — "Bills Dad" — who just happens to live nearby him.

"I met him at a preseason game," said Carson. "We were playing the Eagles and when I was walking in the parking lot, I met him. And that kind of inspired me to make my own videos."

Bills Mafia caught on. Bills Kid has more than 3,000 followers on Facebook, where he posts the videos.

"It’s been pretty good," Carson said. "Some people still don’t know who I am."

"It went from just online and our friends and family seeing it to the Bills Mafia sharing it on every page you can think of," said Chaz Gaspar, Carson's dad. "We walk into a game and people are saying, 'it’s the Bills kid! Do you mind if I get a picture with the Bills kid?' It’s great. They really welcome Carson."

His living room is full of autographed memorabilia and photos from players he’s had the chance to meet.

"If I wanted to meet the whole team, I only have about four or five players left to meet," Carson said.

"That’s something I love to do with him," said Chaz. "We kind of share that together, so that’s a great family bonding experience and I kind of live vicariously through him to get to meet the players."

This big-time Bills fan has supreme confidence in where they’re headed this season.

"To the Super Bowl, and we’re going to win it this year," said Carson.