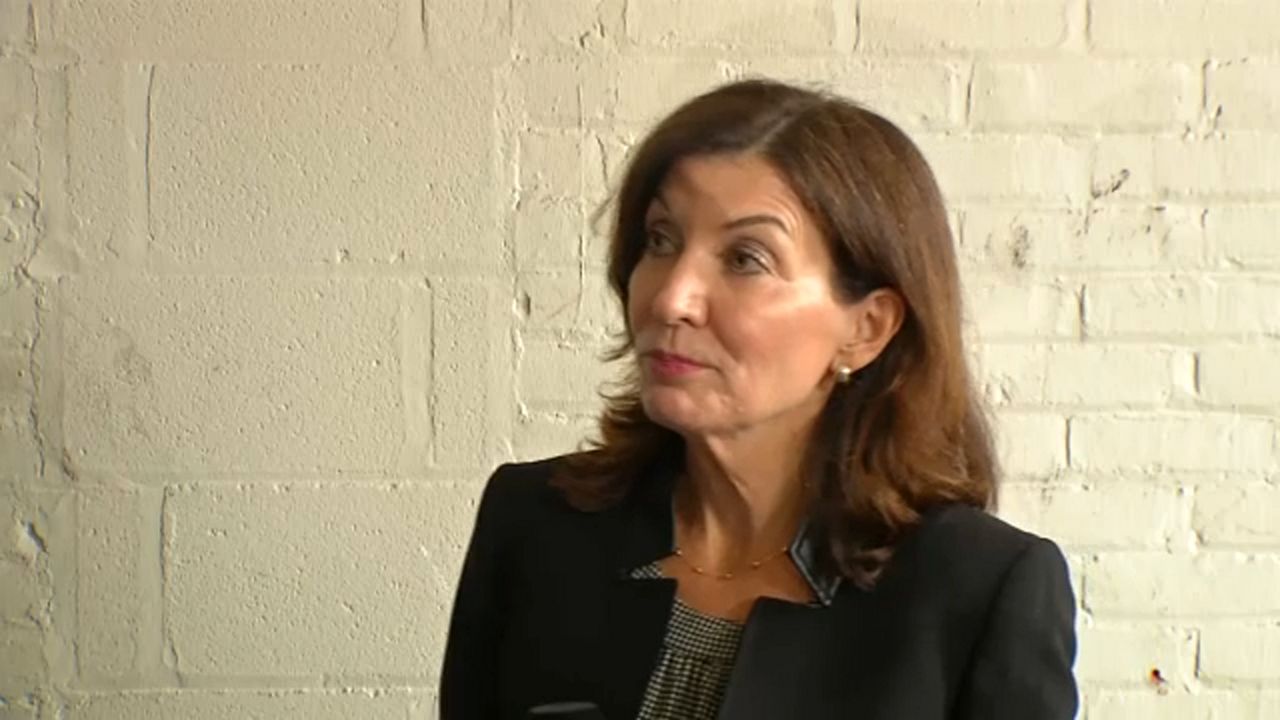 ROCHESTER, N.Y. — Gov. Kathy Hochul was in Rochester on Wednesday, her first visit to the city since becoming governor. Hochul brought news of Constellation Brands moving to downtown from Victor.

Outside, though, she was met with protesters, who pushed back on several issues from the vaccine mandate for health care workers, to the Less is More parole release she signed into law, allowing the release of inmates being held on parole violations.

“Individuals should not be held because of a technicality,” Hochul said.

On Tuesday, 17 inmates walked out of the Monroe County under the Less is More Act – including a parolee who has been identified as a possible murder suspect in the death of Heather Majors.

“Anyone who the police think is guilty of murder, or they can build a case on murder, I believe they did the right thing here,” she said. “These people should be in jail, and I support with the law enforcement did.”

Meantime, Hochul answered questions about the shortage of health care workers expected from those losing their jobs for refusing to get vaccinated.

“We're working closely with various hospital systems to find out where we can get in other individuals to come in and supplement places like nursing homes,” she said. “We also have state individuals that are trained to be helpful. We're also reaching out to the Department of State to find out about visas for foreign workers on a limited basis to bring more nurses over here. So this is preliminary. We'll have a whole plan to deal with this. The main thing is, please get vaccinated.”

Hochul thanked the health care works who have been vaccinated against COVID-19 and clearly places blame on those who haven’t.

“People who will not get vaccinated, are the only reason that this country and these communities and our cities have not been able to be fully engaged in a normal state of normalcy,” Hochul said. “That's what's holding us back. The vaccine is the answer and we want people vaccinated.”