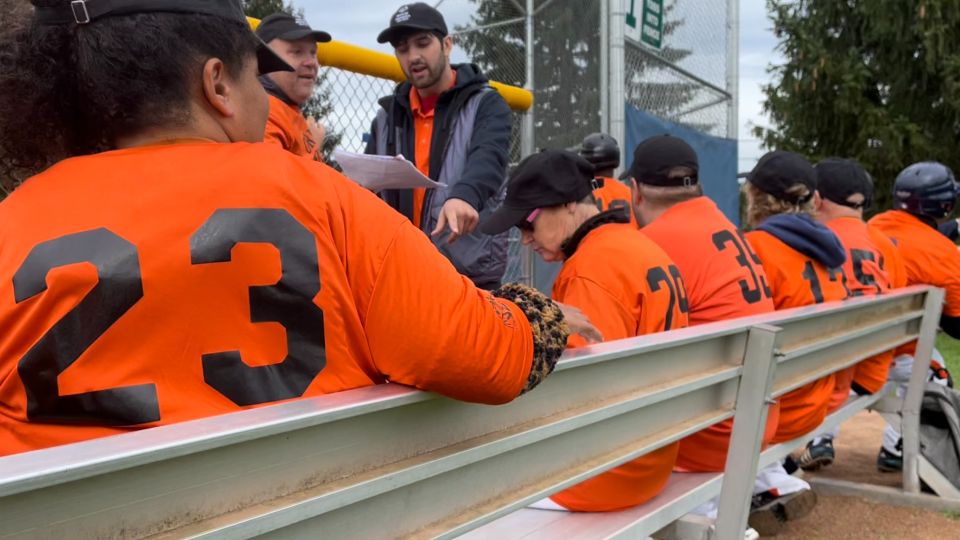 The Special Olympics New York is the largest state chapter in the country, serving tens of thousands of athletes living with special needs.

“It’s terrific to see so many people,” President of Special Olympics New York Stacey Hengsterman said. “Three-hundred-and-seventy-five of their coaches all got up bright and early to come here and compete. They are so psyched and so happy to be here.”

Aside from the thrill of its competitions, the real heart of the event is its athletes.

“We know what Special Olympics does for a person with an intellectual difference and their families, we have seen the change firsthand,” Hengsterman said.

Every year, Special Olympics New York serves more than 31,000 athletes living with disabilities, and they each have their own personal reason for competing.

“To learn more about myself,” Special Olympics athlete Pamela Dorn said. “I suffer from multiple sclerosis, so it had brought me down for a couple of months, but every time I come here it helps build up my confidence.”

Finding their own support system within their teams.

“It’s inspiring to have all the friendships, all the volunteers and coaches that help you,” Special Olympic athlete Kenny Moriarity said.

Even inspiring one another through their own personal journeys.

For some athletes, this event has become part of their family legacy.

“I’ve been coaching for 35 years and my daughter has been it in for 49 years,” Coach Annette VanSavage said.

Just showing up every year has allowed the VanSavage family to overcome many doubts and challenges.

“This has helped my daughter very much,” VanSavage said. “When she was in school, she couldn’t do sports, as matter of fact they wanted to give her up when she was born. They said she would be anything, she wouldn’t accumulate to anything.”

Despite other’s opinions, her daughter Patty continues to smile through it all.

“I am going to have fun and I hope I get a gold medal,” Patty VanSavage said.