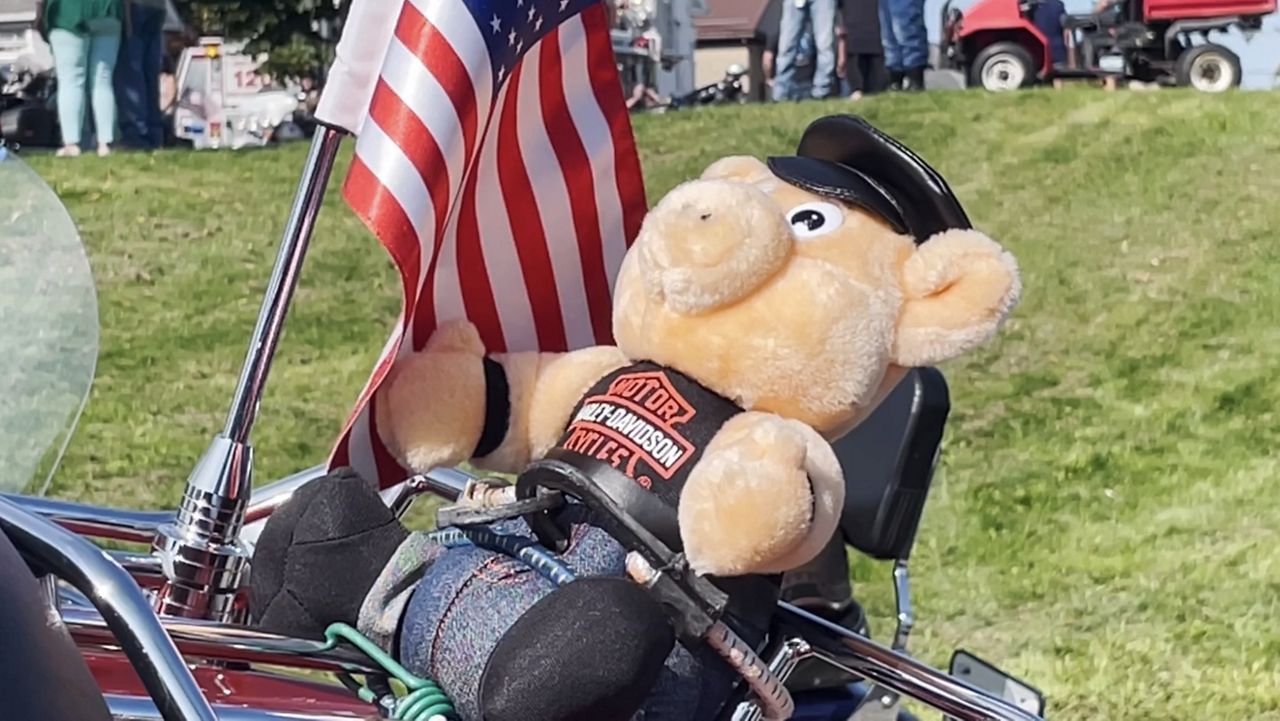 ROCHESTER, N.Y. — It was a loud morning on Saturday at Ontario Beach Park as motorcycles lined up for the 21st annual “Let’s Roll” tribute ride in remembrance of 9/11. The motorcycle-only ride is one of the largest parade-style rides in New York state and is organized by Operation Patriot.

“Last year we did it from the beach here and it was so successful that we had a lot of people asking to do it again,” said Neil Flood, law enforcement coordinator for Operation Patriot. “So we decided to do it again. And as you can see by the turnout, we have a few motorcycles here.”

But there was a little more than a few.

“It’s growing every year,” Flood said. “I actually think this year will be bigger than last year and I thought last year's was huge.”

And this year is no different, the biker community still showing up strong and showing support. It was a hard record to beat after last year’s parade with over 800 motorcycles, but somehow they are doing it.

Flood was optimistic about this year’s turnout.

“I think we’re getting pretty close to that this year,” he said. “So we’re going to be in that range.”

Taking roughly an hour and a half with the parade riding through Hamblin and into the village of Brockport past the 9/11 memorial. This year riders went through Spencerport before heading back to the beach. The ride is nearly 55 miles total and has become an important way for riders to honor 9/11 and show their respect for law enforcement.

"The original mission of Operation Patriot was to support fire, police and military,” Flood said. “So I just think it's morphed into a continual support and the motorcycle community really supports us.”

And Flood says that the support is strong, as bikers continue to show up in large numbers to participate in the parade and pay tribute.