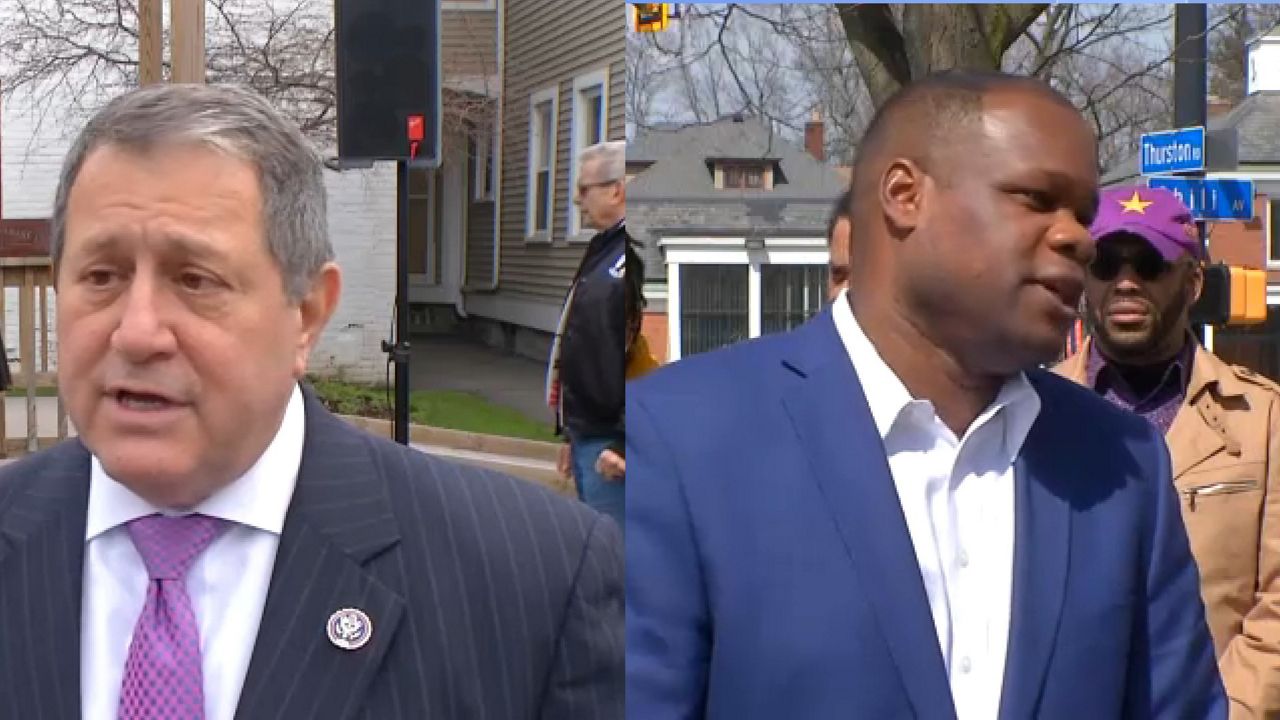 One of the most important issues for voters heading to the polls this November will be women's reproductive rights, following the Supreme Court ruling to overturn Roe v. Wade.

That topic heated up on Friday in the 25th Congressional District race.

“Together we have the power to stand up against abortion bans and reclaim our rights. Join us in supporting Congressman Morelle in New York's 25th District," said Michelle Casey, board chair of Planned Parenthood Empire State Acts during a news conference with Rep. Joseph Morelle.

“We need national protections,” said Morelle. “We need to pass the Women's Reproductive Health Act in Congress, have it signed by the president, help enshrine and codify those provisions of those principles that are embodied in Roe v. Wade.”

While women’s reproductive health is protected in the state of New York, Morelle says a federal ban could change that.

“But what I remind people about repeatedly is that you can have all the protections in the state of New York that the state legislature, the governor can come up with — but a national ban on abortion, that has been contemplated by the extremists and Congress, would wipe out all of those protections,” he said. “So federal law trumps, under the Supremacy Clause of the United States Constitution, will make it a violation in every state, depending on the bills written. But a ban is a ban. And so the protections in New York would not apply any longer. That's why this is so important, why these federal elections are so important. And why this issue is on the ballot in November.”

He held his own news conference, stating, “I understand that there may be a time in a woman's life where she has to make a difficult decision. The situations I encountered on the streets of Rochester during my 20-year career law enforcement job, Morelle could've never imagined.”

Singletary says he is anti-abortion except under the circumstances of rape, incest or to save the life of the mother.

“I don’t think there could be a greater contrast in our positions on this issue,” said Morelle. “I have been pro-choice and voted pro-choice in the state legislature and now Congress. I am going to continue to be a strong advocate. He is not.”

Abortion and race were discussed at both news conferences.

“These restrictions disproportionately harm Black, Latino, indigenous and other people of color because of this country's legacy of racism and discrimination," said Casey.

“For me, it's about giving women, especially Black women, the help and resources needed to make a choice they want to make not a choice that they're forced to,” said Singletary. “Joe Morelle likes to talk about disparate outcomes. Well, part of that conversation should involve abortion. According to the New York State Department of Health Vital Statistics, in Monroe County, for every 100 Black babies born, 59 are aborted. For every 100 white babies born, 14 are aborted. The liberal policies supported by Joe Morelle have failed our community, especially the Black community.”

Despite that, the pro-abortion community stands with the incumbent.

“We must ensure that Congressman Morelle and champions like him who fight to protect our rights when in November,” said Casey. “Our very lives are on the line.”