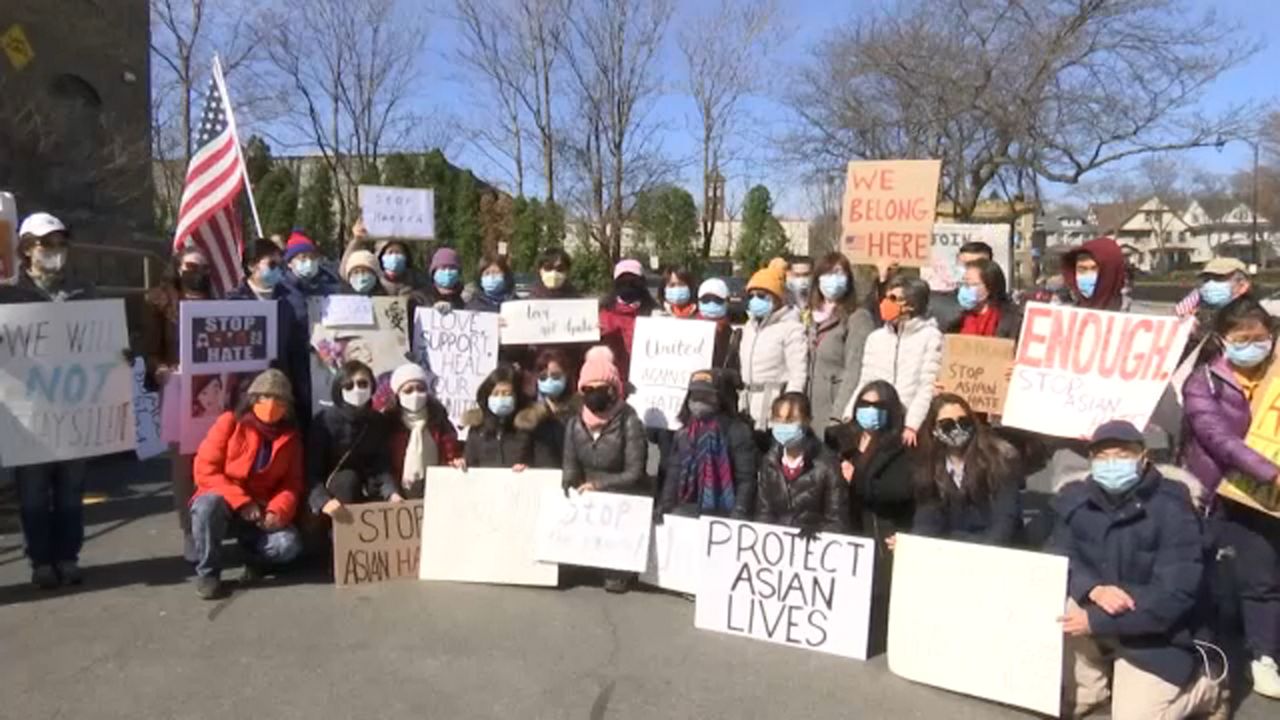 The Stop Asian American Pacific Islander Hate Reporting Center reported there were nearly 3,800 hate incidents in the US against Asian people within the last year.

"In the 2015, I was a victim of hate. My father was a victim of hate and I can name dozens of people that have faced the hatred towards our community. I'm thankful people are finally noticing," said Bijaya Khadka, founding chair of the New Americans Advisory Council.

He said the goal of the rally was to send a simple message.

"We may look different. We may talk different but we are Americans. We came here to live peacefully and in harmony," said Khadka.

"Visibility is key because when we come together. It outweighs anything going on and if other people see that we are together and we're united. It's important because I think the more that we stand together. The more fear there is other people to do things that are going to harm people," Keophetlasy explained.

Pamela Kim Adams, who is a Korean adoptee from Brighton, also wanted to remind everyone that racism is everywhere.

"There is anti-blackness among Asian American and new American communities and I think that needs to be identified and worked on. I think my message was all we need to come together and fight white supremacy," said Adams

Khadka, Keophetlasy, and Adams are thankful for everyone who came out to support their cause.

"This is a good start," said Adams.