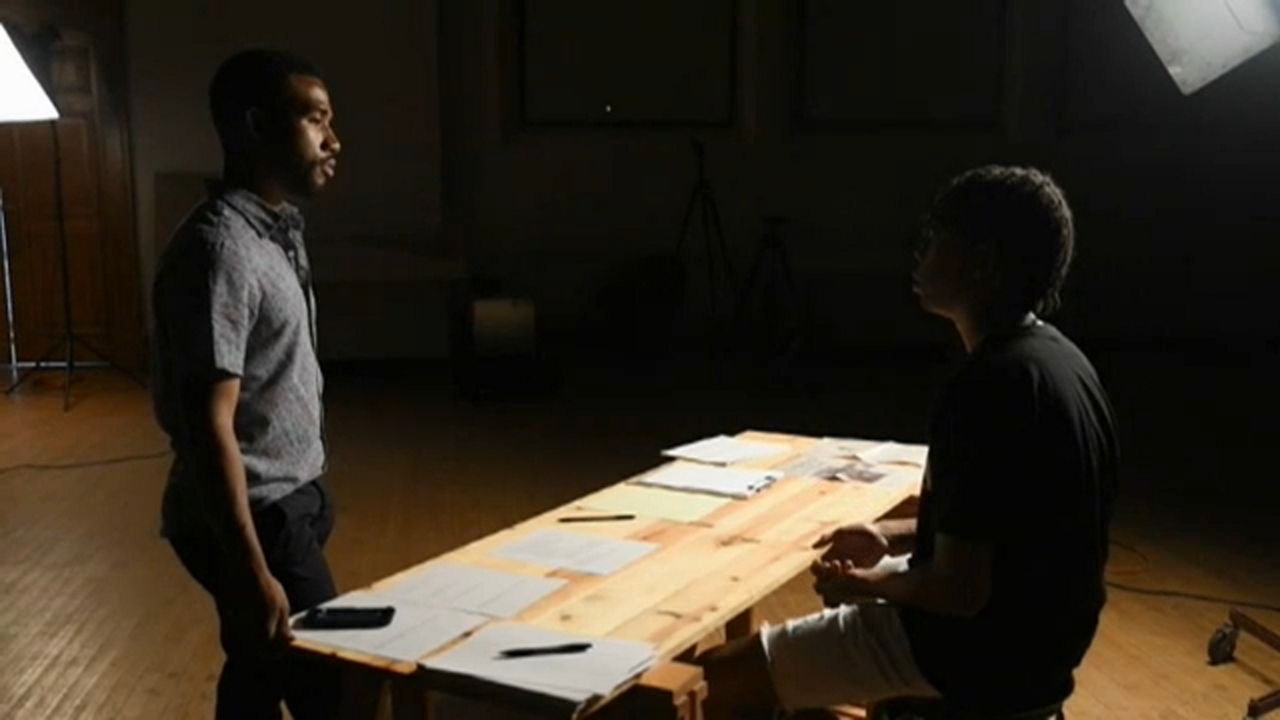 An accomplished visual artist in Rochester is using portraits to capture, profile and share the thoughts and feelings of hundreds of African American men. The exhibition pays homage to the American abolitionist, orator and writer Frederick Douglass.

Joshua Rashaad McFadden, a visual artist and photographer, is internationally recognized for his work at just 29 years old. McFadden says the arts have been his passion since the age of 7.

“My mother introduced me to the arts as a young child,” said McFadden,” and also photography as part of the arts. So, she bought me a camera. That always stuck with me. I took my first dark room course in college, and that’s when I really begin to fall in love with that medium.”

A love that has developed and brought light to a bigger picture. McFadden has focused his lens for years now in an ongoing series called "Evidence," where he examines concepts of black masculinity and race.

“It’s basically based on the idea of existence,” said McFadden, “proof that we exist. Not as a monolith. We are a vast variety of people. I focus on black men and their ideas of identity, masculinity, identity construction; the family narrative and archival imagery.”

The visionary has photographed hundreds of participants over a span of five years. The ongoing series includes conducting face to face interviews and questionnaires, collecting dozens of hand written narratives in the process.

“Participants had to respond to respond to what they think about this quote ‘I am a man,’ said McFadden. “In this example [refers to a participant’s narrative] it brings up feelings of inadequacy, having to prove that I am strong; masculine. It also brings feelings of pride, privilege to have manhood.”

McFadden says growing up with three brothers and witnessing the vast differences in their personalities and development was also fascinating.

“But also seeing how black people in general are treated in society,” said McFadden, “I wanted to investigate that idea more; perceptions of black people and most specifically black men.”

An exhibit at Visual Studies Workshop will display and highlight McFadden’s work. It also marks his hometown debut. Evidence will include distribution of its own free newspaper throughout the city, inspired by Frederick Douglass’ "The North Star."

"To again relay the stories and narratives of black people in America,” said McFadden. “Frederick Douglass talked about the humanity of black people within his writings for years and that relays the message of evidence fully."

The Evidence exhibit’s opening reception is open to the public on February 21, starting at 6 p.m. at Visual Studies Workshop on Prince Street in Rochester. Attendees can see the entire collection of images, hand written narratives and even grab a copy of the Evidence newspaper.