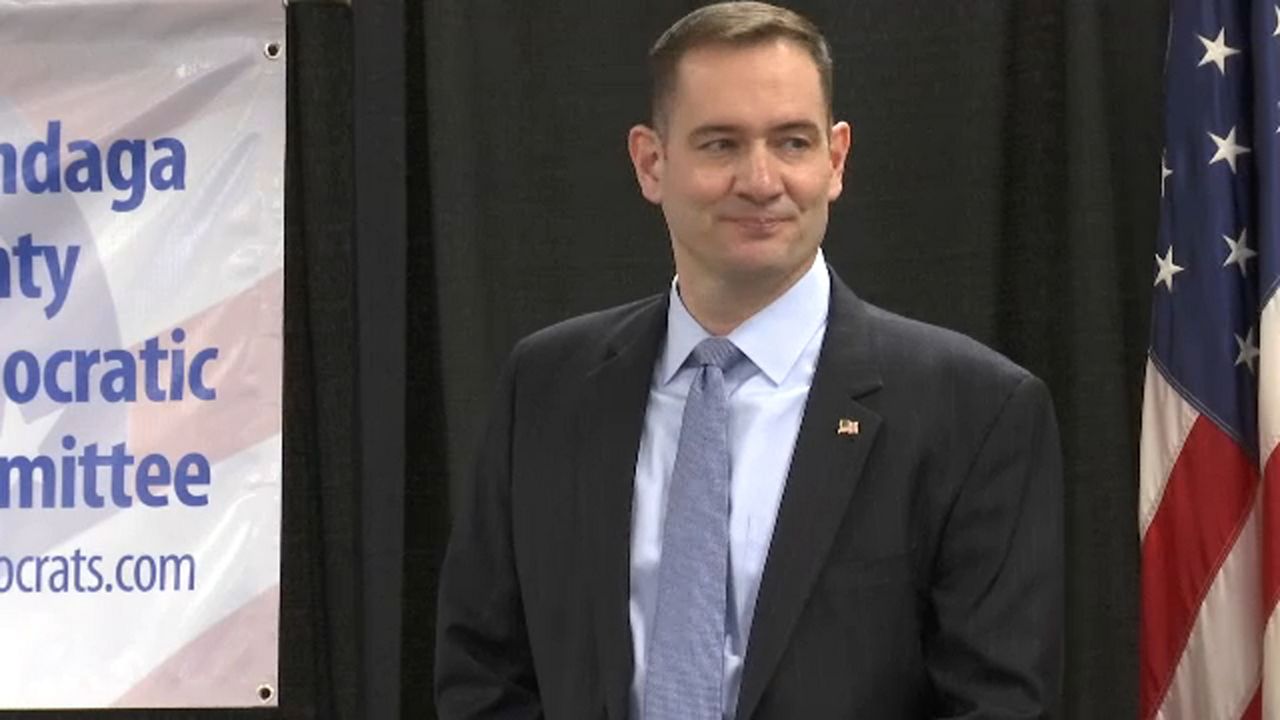 The Valley American Region was packed almost shoulder-to-shoulder, filled with people waiting in line to vote for their preferred candidate in the first leg of the 24th congressional district race.

Out of the three candidates, Francis Conole was announced the winner by a 54 percent margin.

“We worked very hard to get here, 10 months of campaigning,” he said with applause bursting around him.

“Look at this like the first quarter of a game,” said Dustin Czarny, the Democratic Onondaga County Elections Commissioner. “It’s not the whole game. Just the beginning and now they have to go out and get petitions.”

Winning the designating vote allows more people to gather petitions for that candidate to ensure their place on that ballot and it provides affirmation of support.

Petitions are due April 2 and Czarny explained that is the date when the public will get a better idea if the other candidates are going to drop out.

Conole doesn’t hope people drop out for the primary election on June 23.

“These candidates are terrific,” he said. He said his mission is to bring unity in a nation torn by partisan quarrels.

“In a time when we have a president who seeks to sow division amongst our entire population, I am running to bring us together,” Conole said.

With the Onondaga Democratic Committee designation vote, he might have the chance to have that platform to bring everyone together.

At least Cayuga County thinks so, since they designated him with a majority vote today.

She has stated even though she lost, she will try to win at the primary “because I believe every Central and Western New Yorker deserves a fair shot at success,” she wrote.

Some speculate Dana Balter has a chance at beating Kakto since last year she only lost by a five-point margin in the general election, but with Conole winning Saturday, some might think this year’s general election might go differently.

Misso, when asked how he was feeling after the loss, said, “Great. We clearly have a lot of strong support. I came from a rural community so just being here is a blessing.”

Like the others, he wants to rally behind the Democratic Party to defeat his Republican counterpart.

The showdown of Katko against the winner of the primary will be on November 3.