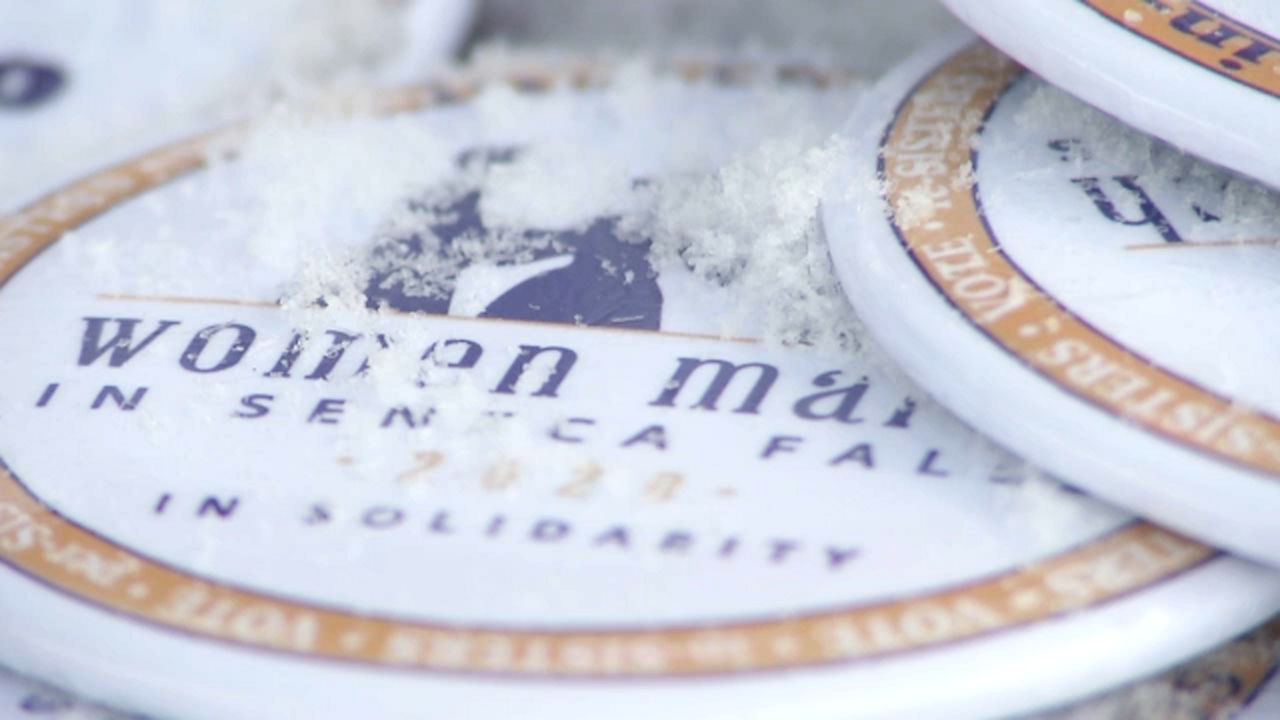 SPECTRUM NEWS VIDEO: Thousands gathered, cheered, and walked in solidarity for the fourth annual Women's March in Seneca Falls. Organizers say this year’s theme was to commemorate the centennial of the passage of the 19th Amendment to the U.S. Constitution — which gave women the right to vote. Attendees braved the snow and freezing temperatures as they marched for a cause from Lower Fall Street to Trinity Lane. Similar marches took place across the globe.