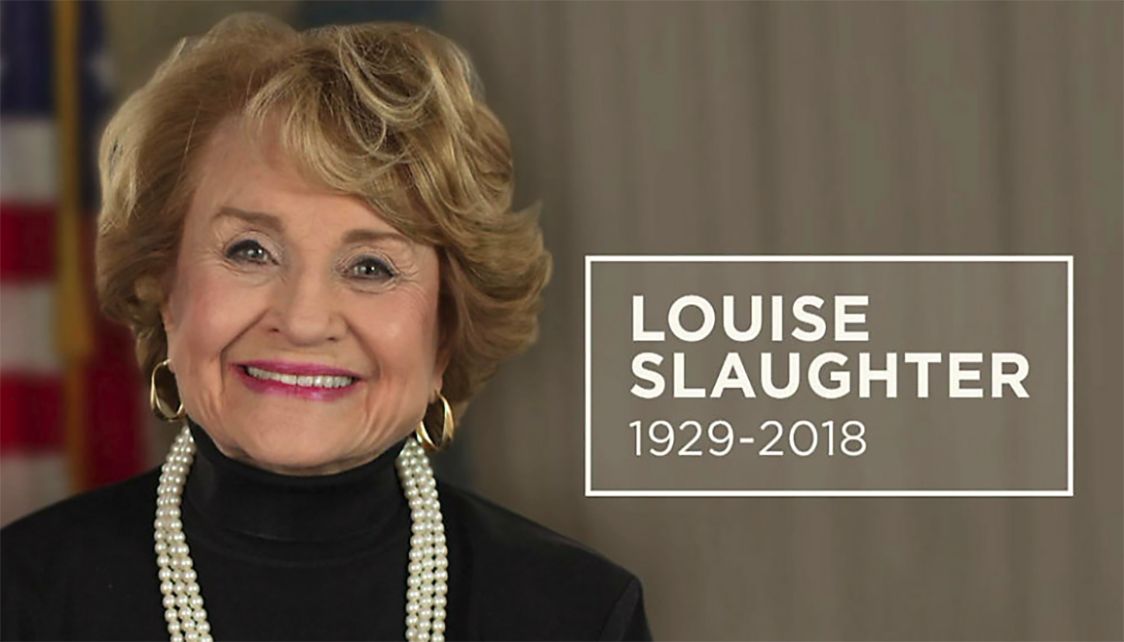 Slaughter To Be Inducted to National Women’s Hall of Fame

This weekend, the late Congresswoman Louise Slaughter will be inducted into the National Women’s Hall of Fame in Seneca Falls.

Slaughter (D-Fairport) served 31 years in Congress before her death in 2018. Prior to her congressional career, she was a housewife and mother who became involved in local politics during a time when women weren't always welcome.

“People would always say, ‘well, who's going to look after your children, Mrs. Slaughter,’” recalled Robin Minerva, one of her daughters.  “She'd say, ‘they only meet once a month. It's at night, and their father is home.”

Their daughter said the induction will be a proud moment.

“It's very exciting,” she said. “It's such an honor to be inducted with so many wonderful women who've been inducted there."

Slaughter is one of 10 inductees. The timing couldn’t be more perfect, as this year marks 100 years since women gained the right to vote in New York state.