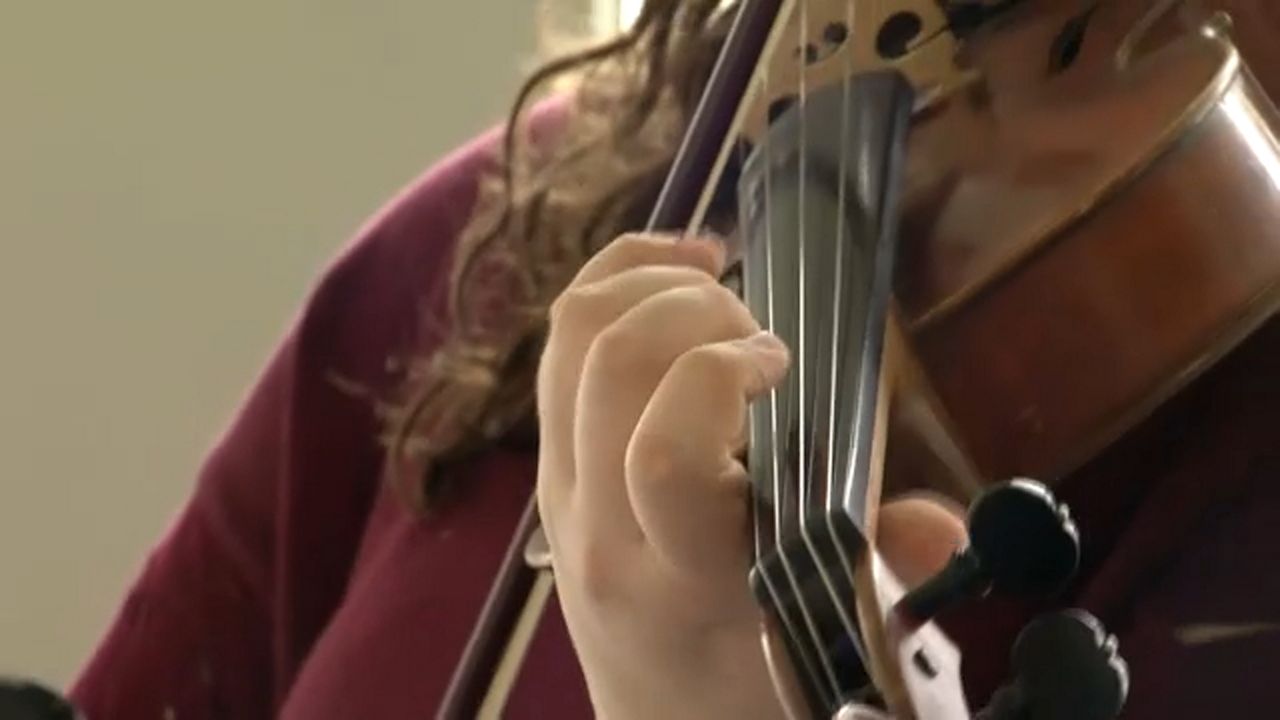 Music and medicine are meshing at the Rochester region's largest hospital and music school.

The new Eastman Performing Arts Medicine program infuses music into rooms, corridors and even cafeterias at Strong Hospital and other URMC facilities.

Students from the Eastman School of Music will be able to sharpen their skills with a performance vastly different from their recital halls and concert venues. The new program will break ground by intensely studying music's impact on the health care experience.

"I just feel like we are at the front edge of what there is to be learned through neurology and other areas about what's really happening when we make music," said Jamal Rossi, the Joan and Martin Messinger Dean at the Eastman School of Music.

Third year Eastman student Anna Gasanova, of North Carolina, filled the lobby of Strong Hospital with her viola rendition of "Near, my God to Thee" on Monday. Later a URMC staffer left her office and thanked Gasanova for her performance.

She says playing in large, often distracted spaces, like the hospital lobby can change the artist.

"Being a performer here, you have to understand you're just adding to the atmosphere," Gasanova said. "People didn't buy a ticket to see you perform. You're choosing to be here."

"We all have certain feelings when we hear our favorite tune, or we experience something, but what is it physically that's happening and what can we learn from it that could be therapeutic?" said Galen McCormick of the Eastman School.

The program will also have a designated medical team to care for injuries and illnesses suffered by musicians, singers and performers. While Eastman students will have exposure to this, so will artists from the general public.

"There's a cadre of doctors here who are really experts at it," Rossi said. "So they're banding together to form a clinic where artists can come and have treatment."

The program, which took three years in the making, is already underway.

"What we've learned," Rossi said, "is that all that we can do separately with medicine and music can be done more powerfully by working together."

"Being a performer here, you have to understand you're just adding to the atmosphere. People didn't buy a ticket to see you to perform. You're choosing to be here."
"This experience helps you build concentration, especially when you have to perform on the Kilborun Hall."​