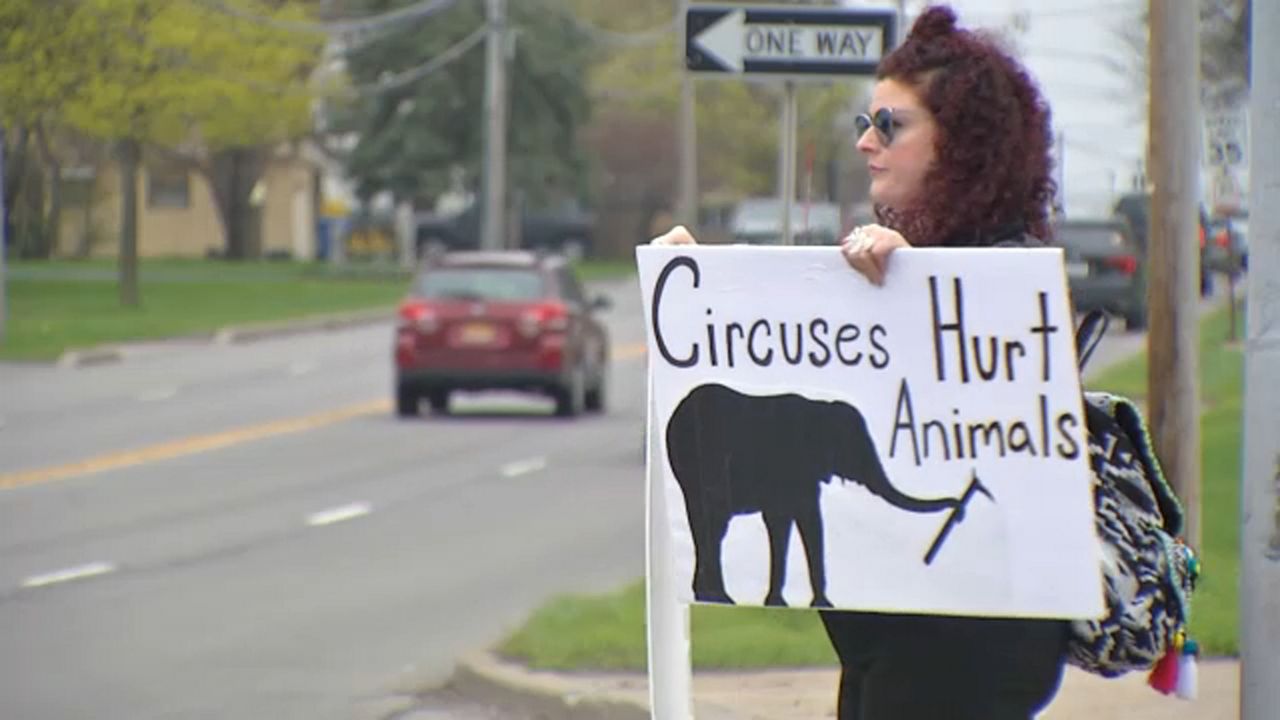 As families gather under the big top this weekend in Brighton, there will be one group not cheering on the acts.

Garden Bros Circus will put on seven shows at the Bill Gray's Iceplex.

Animal Rights Rochester says it wants people to consider seeing shows that don't use the animals in their performances. In 2017, Governor Cuomo signed a law prohibiting the use of elephants, but it doesn't go into effect until October.

"As a consumer you have the absolute right to know what your dollars are supporting and I really believe that most people are great people, they're good people at heart," said Bubbie Staron of Animal Rights Rochester. "No one would willingly want their money to go to a company or an organization or an industry that has such abuses behind them."

Spectrum News has reached out to Garden Bros Circus for comment.